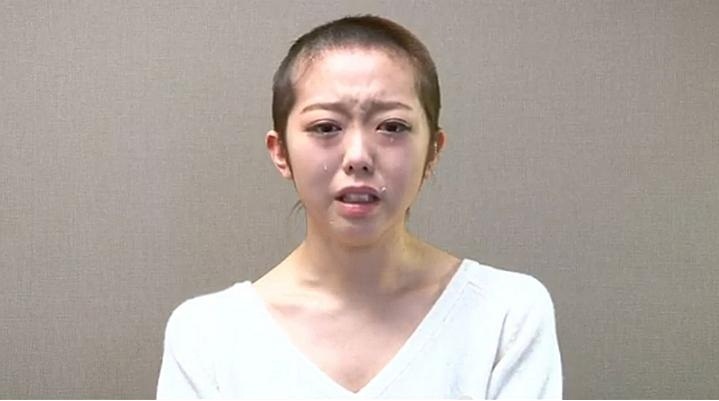 Horrible beyond belief or an honourable extension of the samurai code? Why simply saying “sorry” in Japan doesn’t seem to be enough.

“Stop this country, I want to get off” read a comment on my facebook feed this morning. It was in response to the news story that Minami Minegishi, member of girl group AKB48, had shaved her head as punishment for a ‘sex scandal’. This sex scandal was that she had stayed over at a guy’s house. That’s it.

For those of you who have never heard of AKB48, they are a super group in Japan. By super, I mean huge: both in terms of members and popularity. Originally formed with 48 members, the group now stands at 88 and is one of the highest-earning musical acts in the world – with record sales of over US$200 million in Japan in 2011 alone. In short, they’re a pretty big deal.

AKB members aren’t allowed to date or have boyfriends. Why? “Well I guess when your fan base is mainly men who like women who act like innocent pre-pubescent girls who don’t realize they’re being sexualised it goes with job” read another comment on facebook. I don’t want to gerneralise (OK, I will) but AKB48’s fans are predominantly otaku males – nerdish guys who are obsessive about the group, voting for their idols and ranking them year after year. Guys can even upload their pictures to the AKB site to see how they and their favourite member’s baby would look like. Wow.

I guess this sets the scene then. AKB48 is BIG business. Its public image is that of naive girls: virgin-like next-door types – and if one is seen to be sexually active, well that’s bad for business. The otaku men will get jealous. They’ll brand her a slut. And that’s never good for sales, is it? AKB48’s manger said Minegishi had been demoted within the group “for causing nuisance to the fans because of this scandal” while the star herself said “I hope I can be a better person by the time my hair grows back.” Minegashi recorded a YouTube video apologizing to fans. The video already has 4 million views.

But why the shaved head? Well, the phrase ‘honour system’ raises its head again. She was seen to have embarrassed herself and her public. She needed to say sorry. And what better way than commit cosmetic hara-kiri – shave her head as a symbol of her shame. Yakuza members are well-known for cutting off parts of their little fingers as form of apology, and I guess it all stems back to the 17th century, when Samurai lived by a strict code of honour and loyalty to their lord. 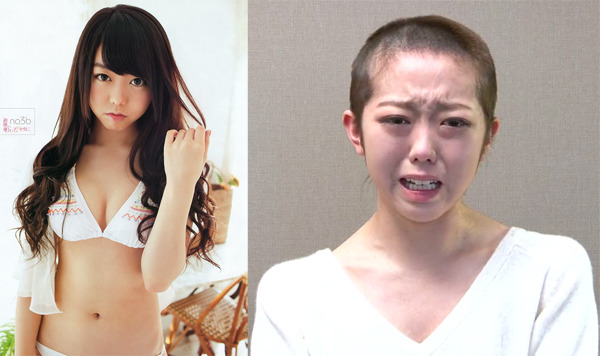 Modern Day Japan may look an alien landscape in comparison to the rice fields of centuries ago, but honour and loyalty remain fixed within the Japanese character. Key to this is the concept of “saving face.” The Japanese will go to great lengths to avoid embarrassment. The loss of face is not easily forgotten nor is it easily forgiven.

Minami Minegishi knew this. But she also knew what she was getting into when she joined AKB48 – signing away her personal freedom so strangers could own her sexuality instead of herself. In Japan, shame is a primary agent of social control – so in reality what do these stars expect when things go wrong?