“The pair became known as the Double Riders who managed to put an end to Shocker with what remained of the group forming into Gel-Shocker.” If you want to know what the hell I’m talking about, read on…

Being a kid in Japan must be tough. You basically start full-time education while still covered in placenta, and there is no such thing as the tooth fairy. That means you can’t go and buy sweets with the money you have just been given for your old teeth in order to go and ruin your new teeth. Life’s a bitch.

What makes up for these horrific childhood scars, however, is the fact that you get to enjoy Kamen Rider. Half cyborg, half grasshopper, Kamen Rider is a motorcycle-riding superhero who fights super villains. His quest? To defeat the world-conquering Shocker terrorist organisation.

Ruthless and merciless, Shocker would often kidnap prominent scientists and force them to work for the organisation, then kill them when their usefulness was at an end (or if they attempted to escape). However, on one occasion, the decision to kidnap and modify a young college prodigy Takeshi Hongo proved to be their undoing. Modifying him into a grasshopper-human hybrid, he was intended to be another of Shocker’s powerful cyborg warriors, but escaped and opposed them as Kamen Rider #1. A later attempt to create a second, more powerful Kamen Rider backfired when the intended victim, Hayato Ichimonji, was rescued by the original Rider before he was brainwashed and became known as Kamen Rider #2. The pair became known as the Double Riders who managed to put an end to Shocker with what remained of the group forming into Gel-Shocker.

So screw the tooth fairy. Being a kid in Japan is officially awesome. 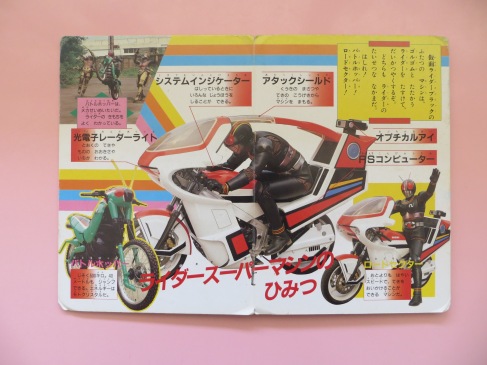 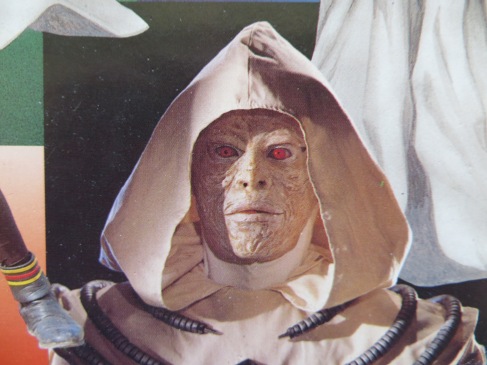