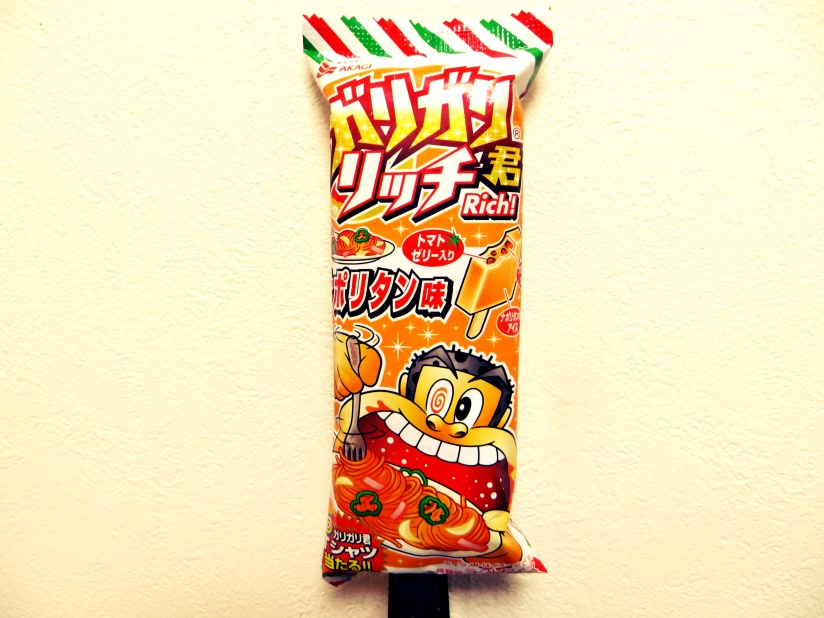 Gari-Gari Kun ice lollies (or popsicles if you don’t know how to speak English) are one of the cheapest things you can buy in a Japanese convenience store. Costing about  ¥60, they are a godsend in the summer – with all the usual flavours you’d expect: cola, orange, peach etc. Every once in a while though, the company releases some utterly ridiculous flavours: the latest being a Napolitan Spaghetti ice lolly.

In case you didn’t know, Napolitan (ナポリタン) is the name of a pasta dish which is popular in Japan. The dish consists of spaghetti, tomato ketchup, onion, mushrooms, green peppers, sausage, bacon and Tabasco sauce. Not too shabby: but then again imagine all that, frozen, and then presented to you as a frozen desert. It’s not good. I heard this company makes these lollies at the end of the fiscal year as some sort of tax write-off. I, however, prefer to think of it as some deranged old CEO who thought it was an incredibly good idea.