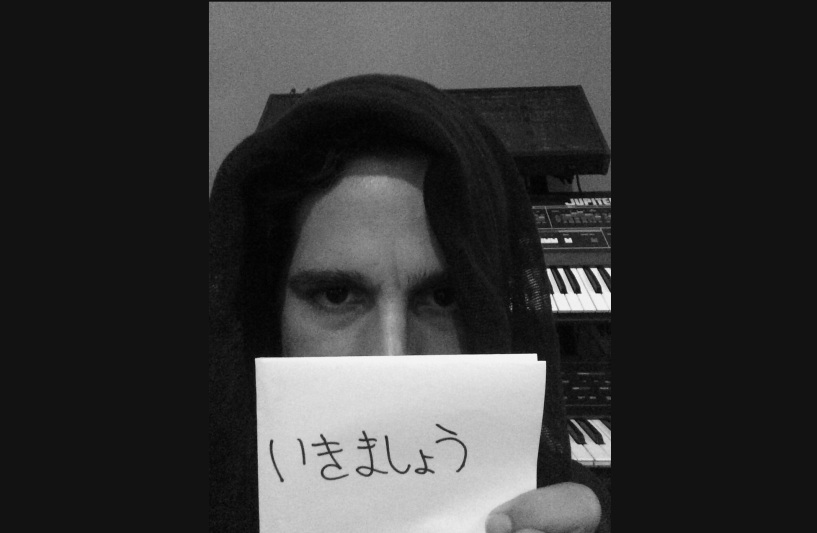 Joshua Eustis shares the dark secrets of his new album – as well as his love for Japan.

Joshua Eustis – continuing half of Telefon Tel Aviv and recent member of Nine Inch Nails – is back: this time, releasing his most personal work to date under a new moniker, Sons of Magdalene. Started in 2007, this is a project unquestionably influenced by death, pain, suffering – but with a subtle beauty that ultimately prevails.

I asked him about his new album, what he thinks about Japan – and to share ten YouTube links that offer a glimpse into his influences over the years.

“I started Sons of Magdalene in 2007 when my father was diagnosed with cancer. I had an immediate and predictable response to this, which was a combination of losing my shit and consequently working on music that was very different from what I’d done hitherto.

“The first experiments under this moniker were tape loop experimentations that were largely manipulations of orchestral music recorded at Loyola University in early 2005, and continued to coincide with studying the Erhu under maestro Bei Xing Xiang in 2006. These pieces formed the ground work for a later revisitation of similar themes of loss, decay, and the tremendous emptiness of the physical world, which eventually became the first LP, Move to Pain.

“The earliest songs for this LP were completed in late 2008, shortly before the death of my long time musical collaborator and childhood friend, Charles W. Cooper, III. We had been making music together as Telefon Tel Aviv for a decade. Charlie heard the early versions of these songs and wanted them to be the basis of the next Telefon Tel Aviv LP. He died before we could finish anything together, so I kept them as they were and went from there.

“The rest of the record was written intermittently from 2009 until late 2010, when the first version of the record was completed. I sat on this for years, against the advice of friends and family, and the record became the elephant in the room.

“The subject matter of the record is by far the most personal of my musical career.”

“I think now, looking back, that this was the reason for my reluctance to release it. With grief like this, though, if it’s sitting on a hard drive in the same room, I can’t stop thinking about it until it’s gone; then and only then does the sweet relief of forgetfulness visit me, finally.

“After completing a pair of tours with Nine Inch Nails, in December 2013 I quickly revisited the record and made a few changes. Two songs were added, the mix was tweaked, and the record was as finished as I could make it.

“This may all seem melodramatic, but I assure you, it isn’t. It feels great to finally let go of something that weighs one down, and gain perspective from it. Even if it’s in hindsight.

Listen to a track from the new album below

Do you enjoy visiting Japan? How many times have you been here?
“I’ve been twice, and honestly it’s my favorite place in the world. I love the culture of “hai dozo” and not this grasping asshat BS we have in the States.”

You played with NIN at Fuji Rock in 2013. How was that?
“VERY WET and I don’t remember much aside from being excited, chilly, and slipping on the stage a lot with a bashed up knee.”

Has Japan ever influenced your work?
“Yes. 15 years ago I wrote a piece called はちにんのおんがくかのはいく and it was written for string quartet, two pianos, vibraphone, and voice, and then electronically manipulated. The text was in Japanese, in the form of Haiku.”

“I’ve always been blown away by B boy culture and music, since I was a child. In some ways, it’s really protest music as a result of absurdly bad societal situations for so many people, but instead of shaking fists, it was a party to get away from it all. A rapturous celebration that should put things in perspective for the rest of us. Electro music in general, coming from Kraftwerk and later to the US, has always been a tremendous influence on me.”

“Freestyle music was also a huge influence on me from an early age. This kind of music was huge in the South when I was growing up – much of it came from Miami, the stuff that Barbosa produced – Shannon, etc. – and quickly made its way to where I was. It’s an extension of electro, to me, at least, but I remember hanging out at my friend’s house and playing Mario Brothers and jamming the hell out of this song, Noel, Trinere, Shannon, Nice & Wild, etc.”

“Everything this guy does is a masterpiece and has resonated with me for a large part of my adult life.”

“Sougwen Chung is just so inspiring to me. I love the futurism of everything she does, but also the romanticism bubbling beneath the surface. The Colleen song here is also very very awesome.”

“In the over saturated world of video games with more guns and blowing shit up and good guys winning and the same tropes we see over and over again, PlayDead has made a masterpiece with Limbo. It’s haunting, beautiful, dark, brutal, and wrought with heartache. The score by Martin Stig Anderssen is also breathtaking.”

“I can’t give a YouTube link for this, but Ales Kot and his Zero series are really amazing. He’s got such a knowledge and understanding of the human condition and this series is just what I need right now. I can’t wait to finish it, I’m only just halfway through.” [CLICK HERE]

7. The Poems of Catullus (Translated by Peter Green)

“Another thing I can’t provide a YouTube link for, unfortunately. I studied Catullus in high school, and my Latin V AP class was basically translating much of Catullus’s work – raunchy, hilarious, caustic stuff. My brother gave me Peter Green’s translations, which I think are my favorite for really capturing the spirit of not only how much of an incredible prick Catullus was, but also how heartbroken as well.” [CLICK HERE]

“My favorite film, I think, (at least at this moment of choosing). It’s been extremely important to me since I first saw it, and has inspired me a lot musically and just in terms of art capturing the feeling of longing. Wong Kar Wai shines a lens on this better than anyone around right now, I think.”

“Jarmusch really nailed it with this one, I think this film is massively underrated.”

“Sorry, the Reaper of Souls expansion for Diablo III is the best thing that Blizzard has made, ever. And I’ve probably been playing Blizzard games longer than anyone – just about 20 years now. This is a reveal of the crusader class, which is the new hero class for the expansion. It’s a blast to play when my musical ideas are shit (which is often).”

Move to Pain is a story book of personal apocalypse, chronicling the years from 2009-2013, and was recorded in Chicago, Los Angeles, and Sayulita, Mexico.

It will be released on 24 June 2014, with extensive touring to follow. 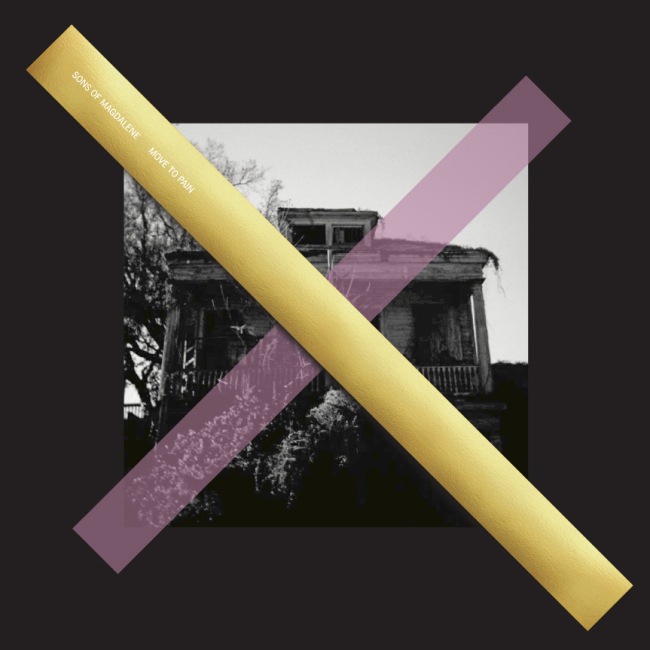