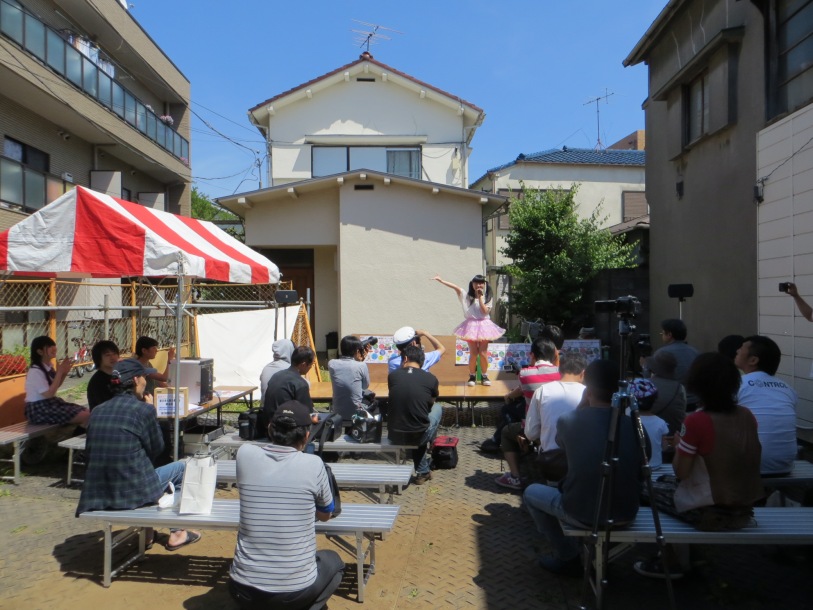 Wanna be famous? Then get up there and sing for the men who want you.

You may or may not remember a post I did about a year ago about AKB48 – the Japanese idol girl group that made international headlines when one of its members, Minami Minegishi, shaved her head and apologised to fans in a video posted online. What horrific crime had she committed? Well, she had been caught spending a night with her boyfriend. The incident sparked debate on whether pop idols in Japan have the right to lead normal lives.

AKB48 is one of the highest-earning musical acts in Japan, selling over 30 million albums or something ridiculous. In fact, they have achieved such popularity here that the whole movement has been characterised as a social phenomenon, with a following bordering on the psychotic. (Only last week two of the girls were injured after a deranged fan attacked them with a saw.)

In the same vein that boys want to be footballers and racing drivers, every little girl wants to be a pop star or a princess when they grow up. It’s normal. The problem is when the whole movement is dictated by men who simply view the group as one big sexual object. Every year tens of thousands of fans vote on who gets to join the group from a pool of more than 200 candidates, in an event that is widely covered by national media. It’s just a bit weird.

To illustrate my point, the other week I was walking about a random local neighbourhood with my mate Tom and we stumbled across a small village fete. Young girls were singing and dancing on a small makeshift stage. But the onlookers weren’t girls their own age – instead older, solitary men with long-lens cameras. The dynamics just felt off – and it struck me that this small gathering represented the whole AKB48 phenomenon reduced to its simplest form.

The question then is who holds the power? The girls on the stage…or the men who have put them there.