Exploring the connection between music and train travel

Living and working in Tokyo, I spend an ungodly amount of time on the train. For me, music and train travel go hand in hand – and like thousands of others, my headphones are an almost permanent extension of my body. Put simply, listening to music is an enjoyable way to pass the time. But at times it can go far beyond this. Sometimes a track you are listening to fits so much with your surroundings that real life almost becomes a music video. Suddenly the music takes on a whole different perspective and you view a track (and the world) in a way you never have before. I’ve travelled by train in countries all over the world, and certain tracks still remind me of those specific journeys. Memories through music, what could be better.

One such artist who understands this all too well is rising German techno producer Maxim Wolzyn. I was recently introduced to his forthcoming album Intercity Express, and the description of its inception resonated so well with my own feelings regarding music and travel.

“The LP portrays the complex networks of railways and tunnel systems that permeate the earth like artificial veins. Sonically it is very much inspired by the soundscapes of urban spaces and rail stations, the pulsing motions of modern mass transportation, which are captured in various field recordings that are mixed into the dub techno influenced atmospheres.”

You can listen to a stripped version of the track Görlitzer Park here. It really showcases the quality of the field recordings used throughout the album.

To tie in with the release, I thought it would be fun to ask Maxim to pick a few of his favourite tracks by other artists that he associates directly with train travel. And then get some picks from some of my music-minded mates. Kind of a travel music face-off of sorts. Some good tunes and some nice insights. Here ya go.

Somehow this track always stuck with me. It’s those Detroitesque synth pads that give an aura of mystery to the environment when you’re walking the streets with headphones on or sitting on the train. I also love the marching and yet melodic drums. The title always made me think of the typical hazy english sky, grey buildings and well those old black and white pictures of blurry ufos from the sixties. Would make a great soundtrack.

It draws you in. Although nothing is happening, there is a dark and strong undercurrent slowly catching you, dragging you along. The constant but subtle dissonance makes you feel like you are constantly moving, floating almost. Listening to this on the train while blurred landscapes pass by is its own experience.

Arcade Fire – Song On The Beach (Her OST)

I was really impressed by this movie, it’s right up my street and the soundtrack is definitely my favorite OST from the past year. For me being on a journey out in the countryside this just matches the atmosphere perfectly. Its warm minimal vibe has so much space to breathe that I can’t help think of open spaces. On the other hand it also works for me after something is done… So, 4am on a train home from the city, after everything has gotten quiet and this is about as much as my ears can take at this point. Leaning back on a train with your head pressed against the window and this playing always takes my mind of everything.

Sons Of The Morning – The Way That Winter Passed Us

Huge fan of this collaboration project between Prefuse 73 and Teebs. I first heard this album on a train and I think now that’s what I associate it with when I hear it. The track has such a blissful ambience and compiled with pretty powerful drums makes for something pretty special. As buildings rush by out the window it’s hard not to try and make them match up with the kick drums and snares. Mid journey this is one that can liven me up but in a pretty euphoric way. 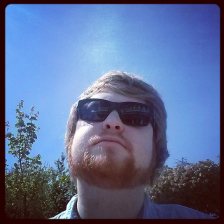 [Matt Hazley – Imprint This On Your Mind]

Its the perfect track for a sunny journey looking out a train window. I recently listened to it en route to Peeksill Brewery in upstate New York from the central carriage of the Metro North Railway train. It just has the rhythm of a train or something, its hard to describe, the melody has this loopy repetition to it and its conjures up a feeling of relaxed movement, something I associate with trains. I’ve always felt positive when listening to this track and I tend to find my (seldom) train journeys are always taken to ‘go’ somewhere if that makes sense.

This is a completely different animal to the track posted above. It has that kind of minimal driving tap-tap-tap in the background but why I think this track works is that the various bits of it feel somehow out of place, yet perfectly suited to each other. Its kind of like scenery you see on a train journey – city buildings, green fields, trees, rivers, lakes, people…. all inherently different yet a perfectly combined mix of things. This music was made for introspection, something I find myself doing on trains.

[Click here to listen to the full back catalogue of Matt’s amazing Imprint podcast.] 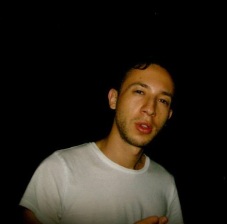 Taken from one of the most criminally underrated London albums of recent years – Routes – ‘Northern Line’ is a delightfully unsubtle ode to the capital’s Tube network. Idehen’s lyrics feature gems like “What you know about Bank? I put my money in the bank”, as he goes through stations one by one, culminating in him rapping “Morden, Morden, High Barnet” over LV’s UK funky-inspired, analogue synth-laden production. Anyone whose daily commute finds them on the Northern Line deserves some cheering up, and this track does just that.

My own pick. While Ceephax may be best known for his all-round acid mentalness these days, his early work was much more experimental in style and mood. This track in particular off his 2003 album Exidy Tours is a dark, emotive journey to… well… nowhere. Essentially built around three notes, the beat chugs along nonchalantly in the background with dark, deep synths washing over everything. Its the type of tune that even if it’s a nice sunny day it will transform your environment, with familiar surroundings taking on a sinister edge. Proper, proper good – the title fits the track perfectly.

Maxim Wolzyn’s Intercity Express is out now on SVS Records.

Vinyl will be limited to 500 copies.