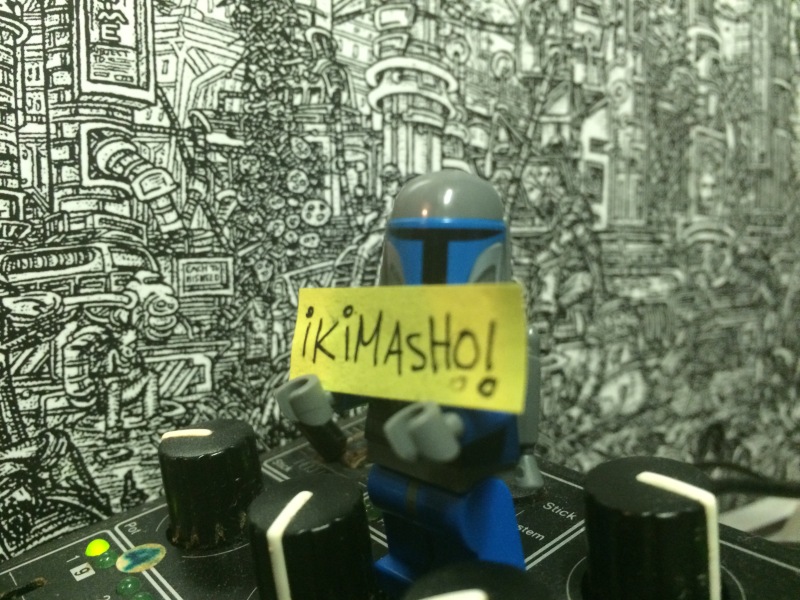 With releases on Subtle Audio, Inperspective & Rephlex, London-based electronica producer dgoHn is the first guest of 2016 on IKIMASHO! I asked him what he’s up to, what he thinks of Japan – and to pick ten YouTube videos that show some of the stuff he’s into.

IKIMASHO!: Hi, dgoHn! What you at?

dgoHn: “I will be playing Bangface Weekender this year (April 14th – 18th) as part of the Love Love Records takeover. The release with Love Love, All the Fuckin’ As, will be released February 5th on both 12″ vinyl and digital formats, it features two tunes by myself and a remix by Scrase, and can be pre-ordered from Love Love Records’ own store and from Bandcamp – previews can be heard on soundcloud. Artwork for the release is by SNUBLiC. I’m also currently working on a few collaboration projects that may one day see the light of day.”
http://dgohn-music.com/

“I’ve not yet been to Japan, but would really like to travel there one day. I have been influenced by so much stuff that has come out of Japan, half the time probably without even noticing. There is the wealth of video games that I played as a child, teenager and adult, all the anime movies that I adore, the music (to name just a few, I am a fan of Ruins, Tricot, and Toe) and then there is also all the Japanese made synths and drum machines that have shaped how the majority of all electronic music sounds. Japan is super cool!”

“Elvin Jones is one of my all time favourite drummers. His style is a little bit bonkers and free flowing but it’s also extremely musical. I saw him play live once at Ronnie Scott’s in 2001 and it was a fascinating experience.
This short documentary is a nice little insight into the man and his drumming.”

“A great scene from a great movie with totally lush music.”

“Toe are an awesome band. This video taken from ‘Cut_DVD’ is a nice live recording of them playing one of my favourite tunes by them.”

Adventure Time – What am I to You? (What was Missing)

“I love Adventure Time, it’s great on so many levels. I love this particular episode for a multitude of reasons – it’s super awesome!”

“The first time I heard this it totally blew my fucking mind.”

“Akira is one of my favourite anime films, and the music from the soundtrack is right up there with my favourite things to listen to. This piece in particular is just beautiful.”

“I absolutely adore pretty much every piece of music I’ve heard by Slint and ‘Darlene’ is one my favourite things to listen to. Britt Walford’s drumming in my opinion is utterly breathtaking, and I think the way he plays on this piece is a great example of his style and creativity. I love Britt Walford!”

Nathan Barley – Rise of the Idiots

“With the passing of each year, the accuracy of this brilliant satire becomes more and more apparent, like a prophecy on utter stupidity or something.”

Future Sound of London – We Have Explosive

“Saw this video on the telly one night back in the ’90s whilst totally munted at some sort of crap house party. The next day I went out and bought both versions of the CD single. All the different versions/parts and remixes of this tune have had a big effect on the expansion of my musical tastes, and to this day I still love them all.”

“If this didn’t exist, I don’t think I’d even use YouTube.”