“You can’t be more horrific than life itself.” Your last chance to catch the master of the macabre in Tokyo.

Described by Margaret Thatcher as “that man who paints those dreadful pictures,” Francis Bacon was one of the most exalted, most disliked artists of the postwar era. His abstract images of psychological and physical brutality still have the power to unsettle today – achieving on canvass what David Lynch achieves on film or what Beckett did on paper.

The Tate gave him two retrospectives during his lifetime, but surprisingly this is the first large-scale exhibition of his work in Asia since his death in 1992 – with over 30 pieces displayed exactly as the artist intended. This means much of the work is housed behind thick glass – creating both a barrier between the artist and viewer, as well as a unification: the reflections in the glass literally making you part of the painting.

Yes his paintings are disturbing, but Bacon himself always maintained he was a realist and did not aim to shock. “You can’t be more horrific than life itself,” he was fond of saying. Never a truer word spoken. 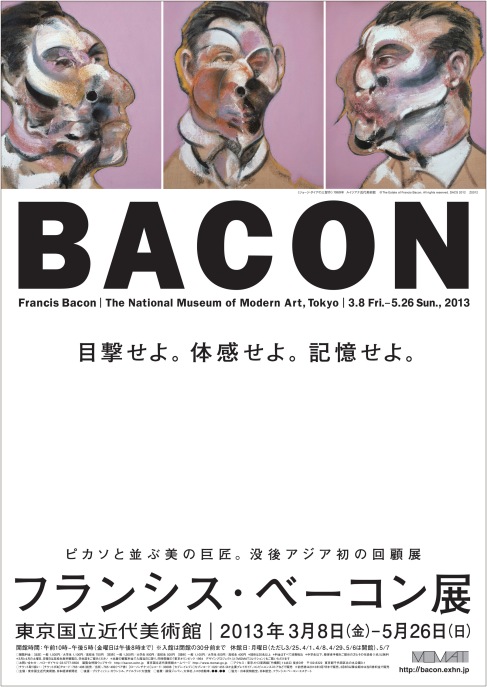