Visiting Tokyo? The smaller suburbs are where it’s at…

Despite being only four minutes by train from my neighbourhood of Shimokitazawa, I had never been to Gotokuji before. I hadn’t even heard of it – as many stations going away from Shinjuku simply aren’t on my radar. I am, however, so glad I found it. I ventured out there with my camera and was rewarded with quaint shopfronts, as well as peace, quiet – and hundreds of cats wishing me luck. Areas like this are why I still live in Tokyo, and I’m excited by the thought of so many little areas left unexplored.

Gotokuji is served by the Odakyu line – but can also be reached through Yamashita Station on the Setagaya Line, the only surviving tramway in Tokyo alongside the Toden Arakawa Line. The whole area is filled with little open-air train platforms and the ring-ding-ding of the crossing gates is never far away. Unlike Shinjuku Station which is a mere 15 minutes away and has millions pass through it every day, suburbs like this only have a scattering of people walking about. Most are local,doing their daily shopping.

The back streets are nice to get lost in. They are quiet and green.

The shop fronts are unbelievably quaint. Areas like this are how the majority of Tokyoites live. It’s not all neon and Godzilla. 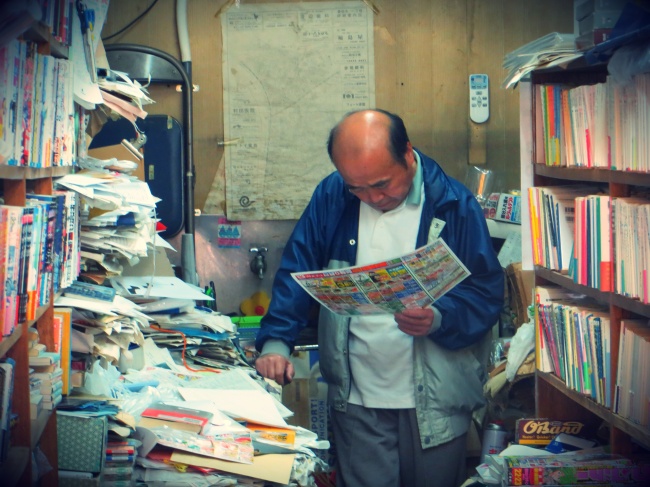 Despite the whole area being very relaxed (it’s not run-down per-say, just old) I did find this modern place tucked away down side street. 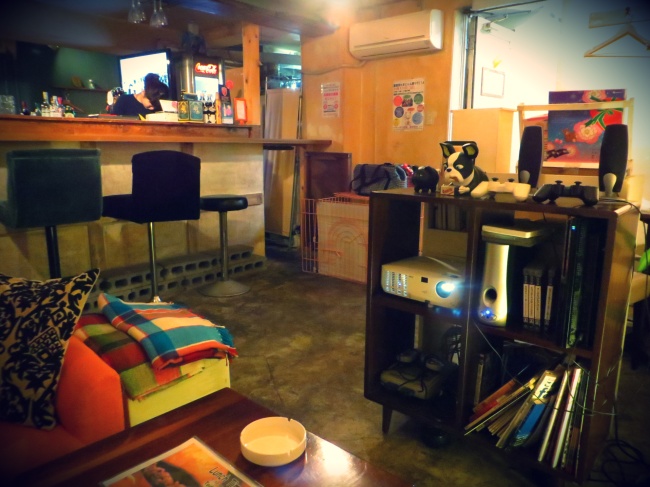 In the basement was a cool restaurant/bar/gallery space. With movies projecting on the wall I had  a burger… 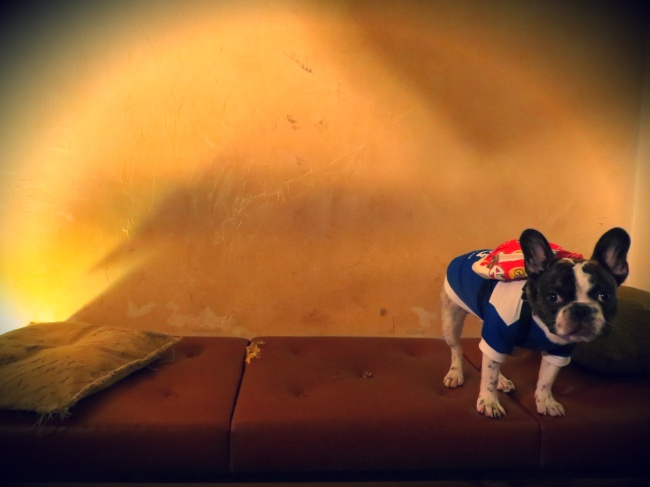 And met this little guy. Legend! I’ll definitely be back to say hello to my new friend. 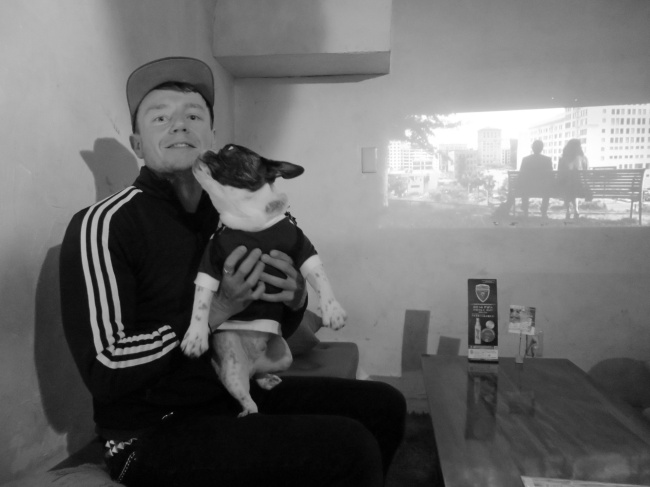 Fully fed and back on ground level, the amazing shop fronts continue. 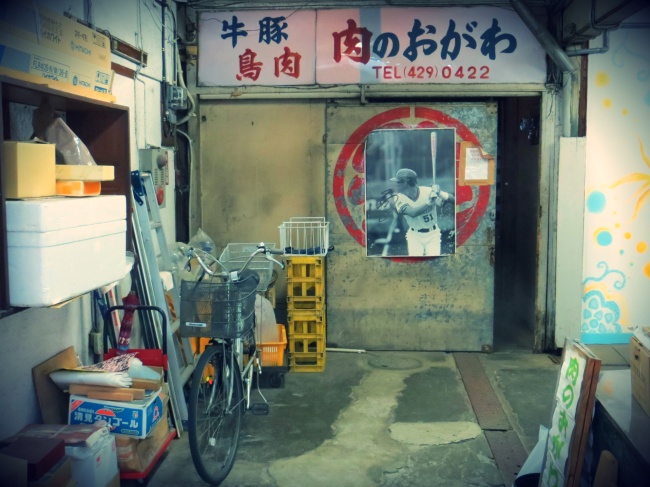 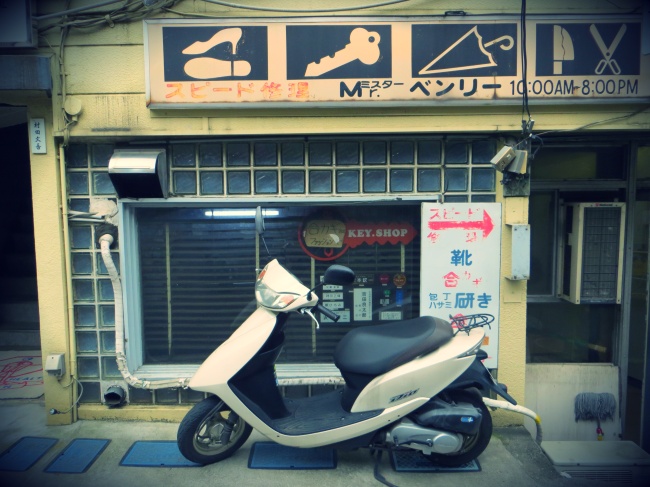 Walk away from Gotokuji Station and you’ll eventually reach Gotokuji Temple. You’ll soon realise this is no ordinary place… 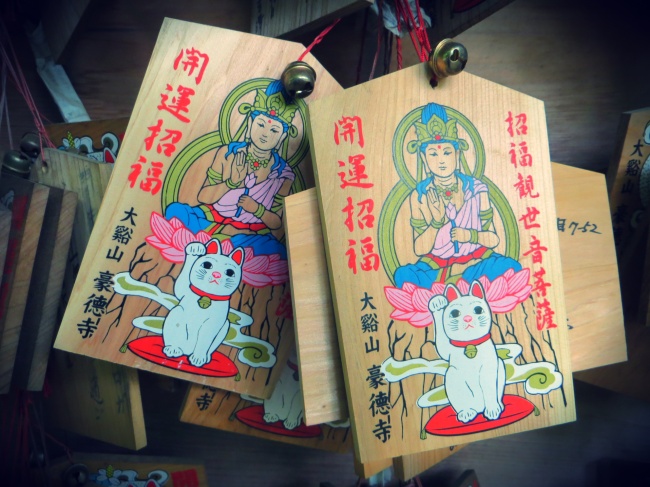 There are cats everywhere. 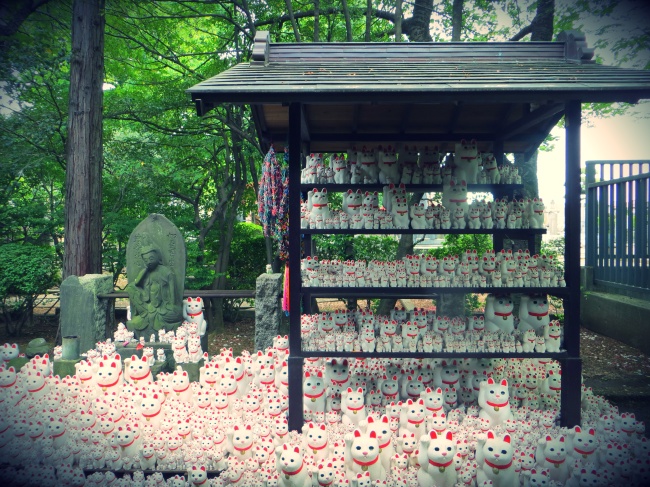 And I do mean EVERYWHERE!

You’re bound to have seen these guys before, but legend has it this temple is the origin of Maneki Neko – a cute little cat doll with its paw raised as a lucky charm that invites happiness. From the JNTO website: “In the Edo Period, when the feudal lord of Hikone walked by a temple in Edo on his way home from falconry, the temple’s cat was beckoning to the lord in front of the temple gate. So he stopped by at the temple and had some rest. Just then, the clouds covered the sky all the sudden and a severe thunderstorm arrived. Not getting wet, the lord was so glad that he made a lot of donation to re-build the poverty-stricken temple. And he designated this temple as his family temple. This temple is Gotokuji Temple which still exists in Tokyo. When the cat died, Shobyodo temple (beckoning cat temple) was built in the temple’s ground and the cat has become a god called Shobyo Kannon. Visitors to the temple started to offer Maneki Neko, a cat doll to show their gratitude when their wish came true.” 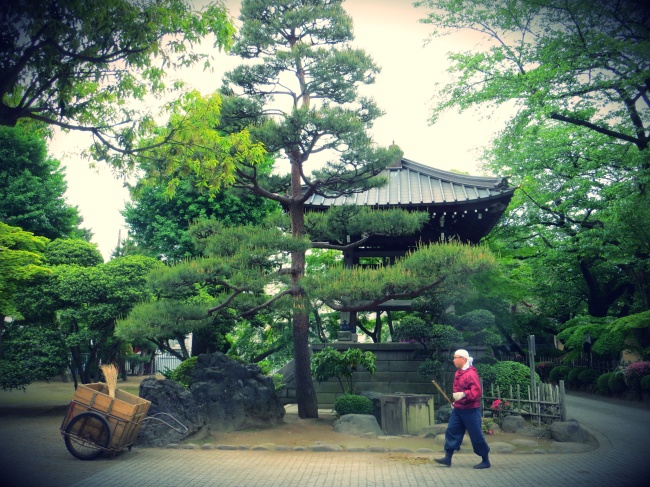 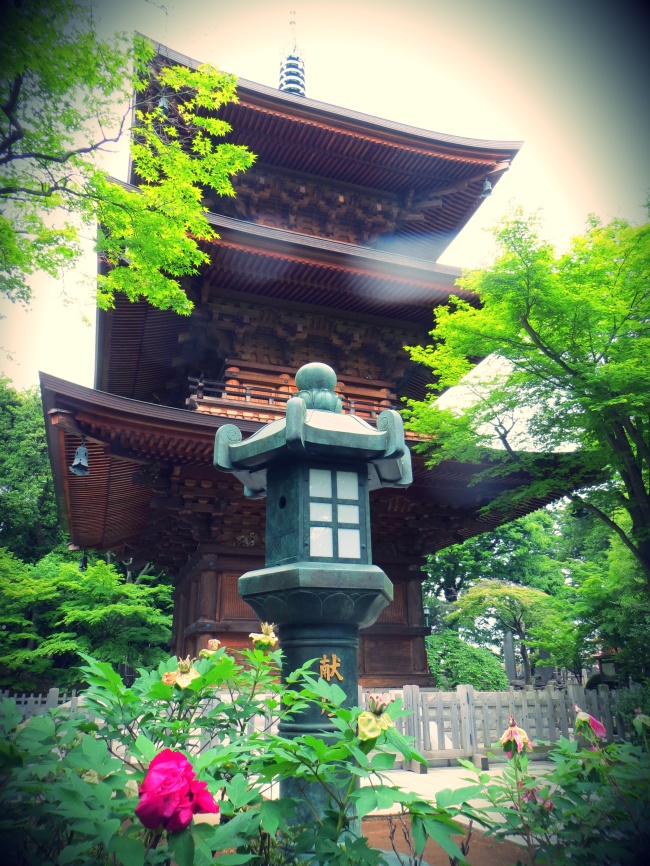 I urge everyone visiting Tokyo to make sure they don’t just go to Shibuya, Shinjuku and Roppongi. There’s so much cool stuff out in the suburbs. To visit Gotokuji Temple take the Odakyu Line from Shinjuku Station to Gotokuji, and it’s a 10-minute walk to the station. Alternatively take the Tokyu Setagaya Line to Miyanosaka Station from Sangenjaya, and it’s right outside the station. Free.