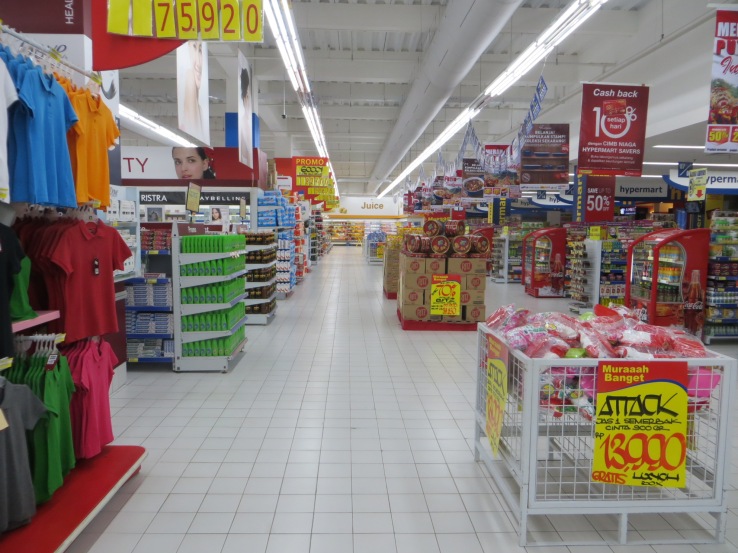 A population of 250 million, yet none of them are shopping.

The last time I was in Jakarta I had a few hours to kill before heading to the airport. I was staying in the outskirts, so heading into the city itself was impossible. (Indonesians living in Jakarta have their own word for traffic jam – the inevitable “macet”.) Asking about on the street, a few people told me to head to the malls down the road. I don’t like shopping, but all the warungs and street food vendors hadn’t set up shop yet, and there was little else to do. So off I went.

I walked along a freeway for a bit and then flagged down a taxi with no back window. Because we were so close (I didn’t realise) the driver didn’t charge me. I approached the huge glass doors at the entrance and walked through a metal detector that wasn’t switched on. A bunch of security guards were milling about looking bored. The place was dead, completely empty. I asked if it was open and they said yeah, but I almost didn’t believe them. You know that feeling when you go to visit a friend and their door is slightly ajar and you call their name but no one answers so you enter the house even though you know you probably shouldn’t? That’s the feeling I had. 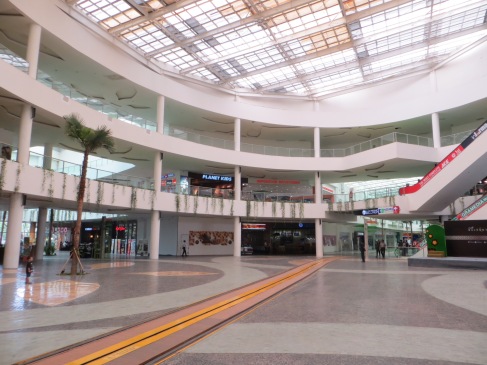 There was absolutely no one in the entire mall bar about five locals, the staff of the shops and a couple of cleaners. And this was a big, big place – three floors. I went into a huge supermarket and wandered the empty aisles. There was fresh fruit and vegetables, no doubt waiting to be binned by the end of the day. In every store I went into eyes would peer at me from behind shelves, as lonely shop assistants came face to face with what they viewed as an intriguing intruder ie. customer. After about 20 minutes of reliving a scene from Dawn of the Dead I was thoroughly spooked and left, wondering how on earth places like this sustain themselves.

In a nutshell though, my deserted mall was simply a symbol of SE Asia’s rapid urbanisation and runaway investment in real estate, where massive development projects have been given the go ahead without proper marketing and business research. Locals can’t afford to shop here – nor do they have any desire to. Planners seem to have forgotten that this isn’t Singapore, Asia’s crowning economic jewel, which has the world’s shopping mecca – Orchard Road, a street where 22 malls are lined up one against another for over a mile. This is  a dusty freeway on the outskirts of Jakarta. Louis Vuitton doesn’t belong here. And evidently neither did I.