I should explain what is happening in the picture above. This is “dissolution” – an impressive sound installation by Shun Owada at the Tokyo Experimental Festival 2015. Chunks of limestone filled with extinct fossils from 270 million years ago are slowly dissolved by weak acid dripping from intravenous bags hanging from the ceiling. When the surface of the stone dissolves, it generates CO2 – releasing gas from the fossils which lived when reptiles first roamed the earth.

The room is completely silent, with the dissolution inaubible to the human ear. However, Owada has placed highly sensitive microphones next to the dissolving limestone which are connected to speakers at one end of the room. By standing with your ear to the speaker you can hear the limestone dissolving and the extinct creatures from 270 years ago coming back to life. [Audio below]

“The rock used in this work was quarried in the Kuzuu district, Tochigi Prefecture, and contains a lot of fusulinid fossils, a small, extinct animal. The strata of limestone in Kuzuu are presumed to have been part of an island 270 million years ago located near present-day Texas, USA. Back then, fusulinids were abundant in that area, and they formed their bodies by absorbing CO2 from the sea.” 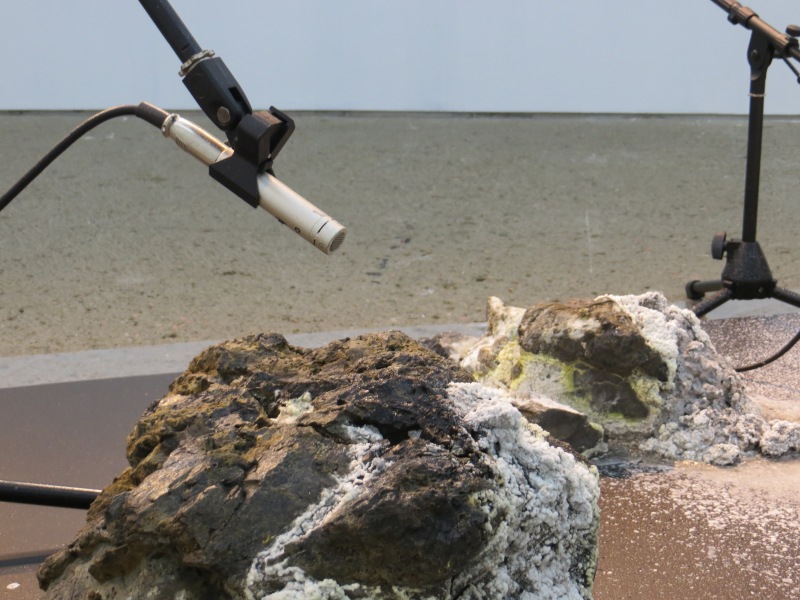