That’s the reason I chose Hua Hin to spend the first few days of my trip. I’ll not try and make it out to be some sort of mystical and untouched travel paradise: it’s not. There are many tourists there, as well as many upscale resorts. But if you are looking for a place to swim, relax and get a bit of Thai culture, it’s a perfect getaway from Bangkok. Some pictures below, but first a short video mash-up of my time there. 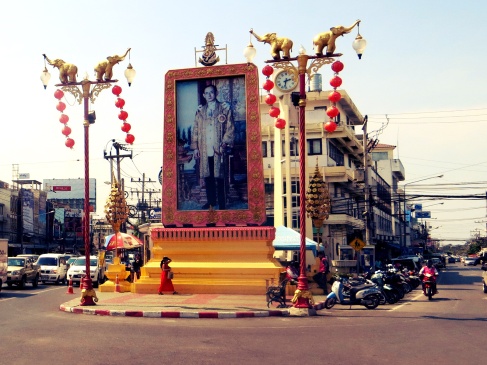 Clock tower at the centre of Hua Hin. As with all Thai cities, there are huge pictures of King Bhumibol everywhere: the world’s longest-reigning monarch. Thailand’s criminal code states that anyone who defames or insults the King can be punished with up to 15 years in prison.

Speaking of the law, this was one of the first scenes that greeted me when I landed in Thailand: officers doing active training on how to disarm a gunman.

A street vendor pushing her cart across the street before setting up shop for the day. The kid was enjoying the ride.

I met a Japanese girl called Keiko at the night market and we had some dinner together. She was in the final week of a year-long trip around the world.

Hua Hin train station is probably the cutest you will ever see, and is one of the oldest in the country, dating back to 1926.

Hua Hin beach. During the day it’s pretty much empty bar a few foreign sunbathers who are willing to sit out in the intense heat. At around 5pm hundreds of locals from the town come down to sit on a the cooling sand at the end of the day.

Horse-riding along the beach is popular with tourists. The horses looked very well looked after, but I can’t imagine they were too thrilled about having to be out in the heat all day. 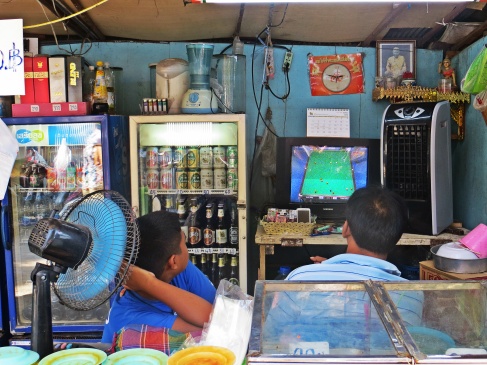 I came across this cat who had just caught a rat. It kept letting it go, then chasing and grabbing it, over and over again. The poor rat was terrified so I chased the cat away.

One of the many restaurants geared for locals: obviously the food is much cheaper in these kind of places as opposed to restaurants which only seem to cater to tourists. I went even cheaper than this, eating most of my meals from one-person vendors with simple carts. It was much quicker.

A Thai girl I met on the beach who I had breakfast with.

I think this is the brightest I’ve ever seen the moon during daylight.

Hua Hin is three hours south of Bangkok. The fastest/cheapest way to get there is via minivan from Victory Monument (180 baht / £3.60). I stayed in a great place called Victor Guest House and would do so again if I was down there. (500 baht / £10). 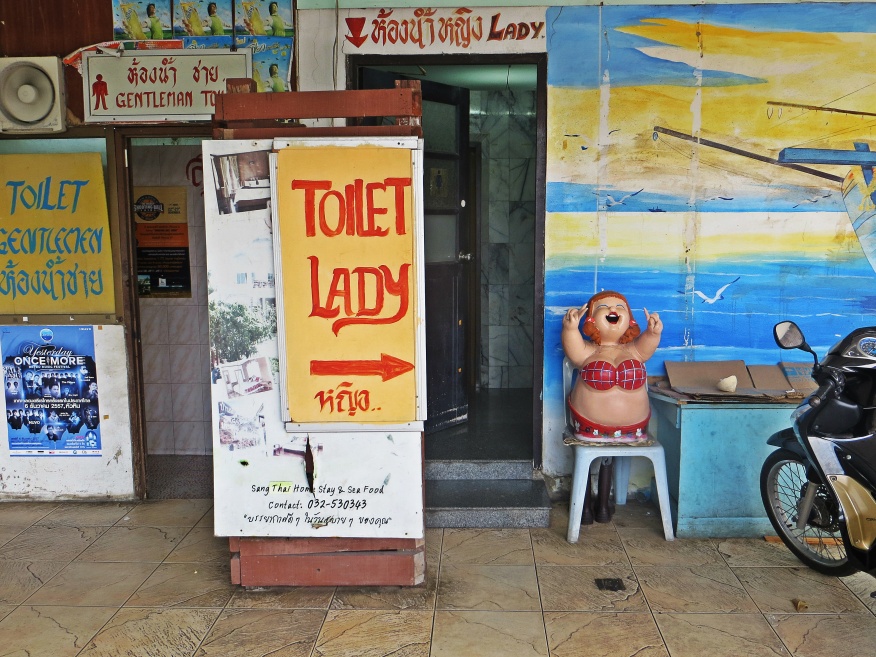