I spent some time in Copenhagen last week. It’s a lovely city, and the Danes have a very high standard of living. Everyone looks happy and healthy. It’s also not as expensive as people make it out to be, so you shouldn’t let worries about costs put you off going. (£3 a pint where I was staying and supermarket prices on par with UK. Restaurants slightly higher but not extortionate.) I primarily came to Copenhagen to just sit about, go to art museums and relax. 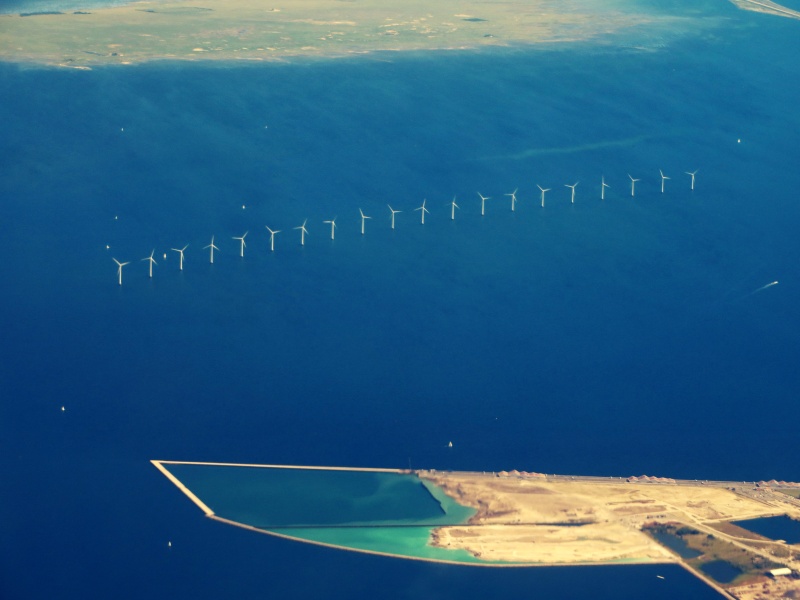 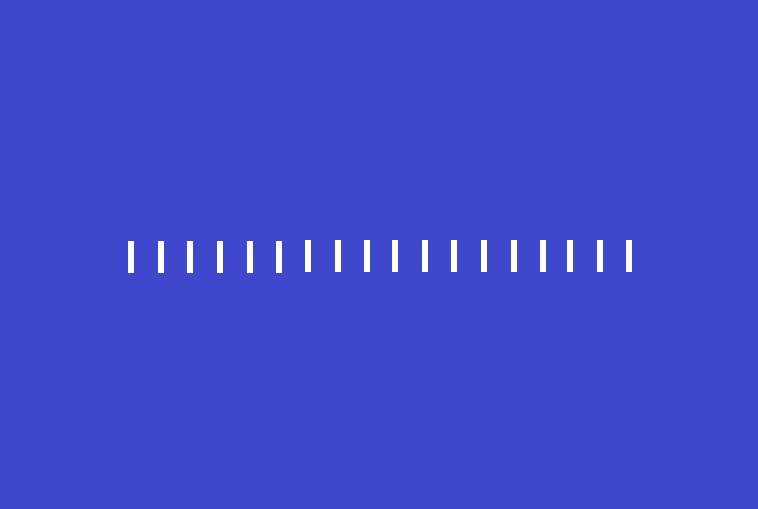 As my plane flew over Denmark windfarms lined the coast, white specks against the blue sea. At its core, wind is the simplest form of energy available to us and so I wanted to draw something that reflected this simplicity and sustainability. Using Microsoft Paint (one of the simplest packages available) I created a sustainable image that doesn’t even physically exist. 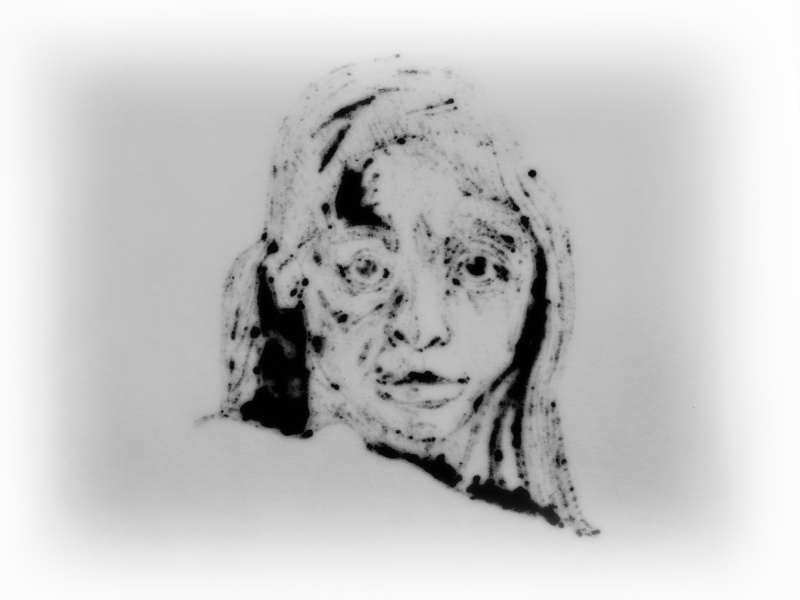 Copenhagen has a lot of statues around the city. Most have been weathered, with the bronze blackening over time. In some cases it looks like the statues are bleeding. I experimented on thick paper/marker – disregarding the image I was drawing in favour of the bleedthrough on the next page (pictured above). While the original drawing was quite detailed, the bleedthrough manifested itself as a lot simpler and started to take on the appearance of the bleeding from the statues. 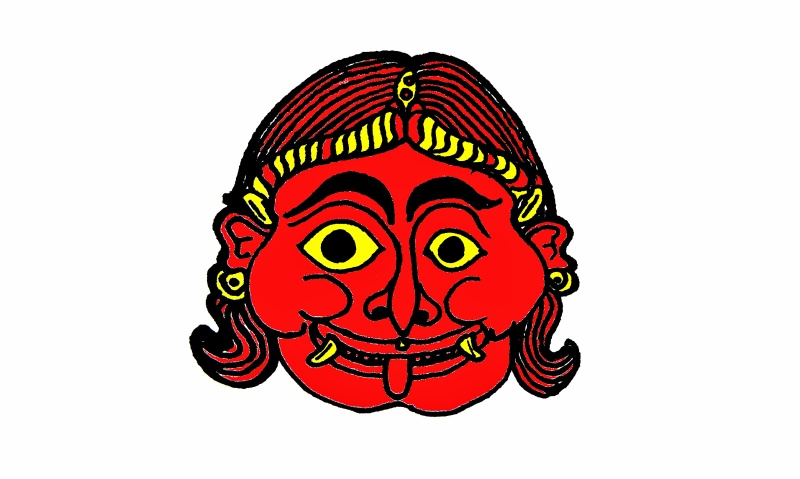 These days when I travel I rarely visit huge ‘general’ museums apart from art galleries or specific exhibitions I’m interested in. I decided, however, to take some time out to visit the National Museum of Denmark (Nationalmuseet) and I’m very glad I did. If you are in Copenhagen and love travel you have to check out their permanent Ethnographic Collection. It is a journey round the world with collections from North America, South and Central America, Africa, Asia, Oceania and the Arctic – of the American Indians, the Eskimos, Mongolian and Maori peoples – and from the world religions of Buddhism and Hinduism. In particular I loved the vast amount of masks on display, from tribes in Papua New Guinea to Angola. The Balinese masks reminded me of my time there last year so I drew one to tie in with my visit. 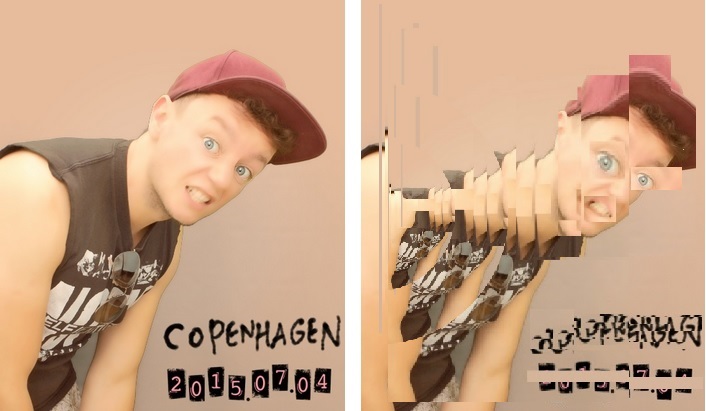 Also at the National Museum there is a new exhibition entitled ‘Cosplayer! Manga Youth’. Here you can try Denmark’s only Purikura machine for free! I’ve taken hundreds of Purikura photos over the years in Japan, but this was the first time I’d ever done it on my own (Cate, where are you?!) – and the first time I’d ever heard the machines speak English, not Japanese. For those who don’t know, Purikura photo booths are popular with young people in Japan, especially among teenage girls. When I first lived in Japan in 2003 the machines were pretty basic, but these days they smooth your skin, make your eyes bigger and offer all sorts of (weird) cosmetic enhancements that are supposed to ‘define’ beauty. And so I decided to make some enhancements of my own.

The area of Nyhavn in Copenhagen is home to the oldest functioning tattoo shop in the world. At the turn of the 20th century, it was the only place in all of Denmark – indeed in all of Scandinavia – where those inclined could get tattooed. These days (in Copenhagen and other major cities) it’s almost rarer to see a young person without tattoos than with them. The canals and harbours of Copenhagen give a definite nautical feel to the city, and so I felt it was only right to draw one of the most generic tattoo images (a skull) wearing a sailor’s hat. 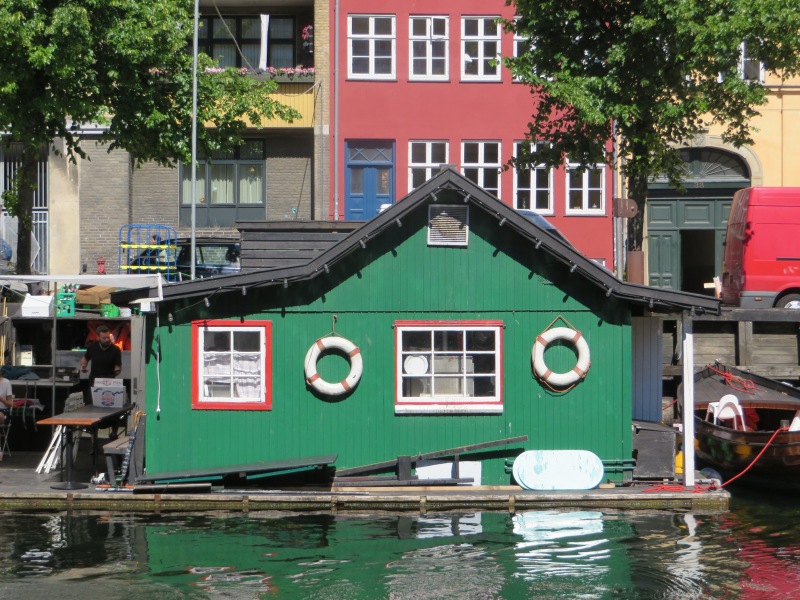 Here is a short video from my time in Copenhagen. I’ll write separate posts about the Freetown of Christiania, as well as how I climbed to dizzying heights at The Church of Our Saviour.

Finally, I have to say I’ll miss these little guys… Everywhere I went in Denmark I was followed by the happiest plugs I have ever seen in all my life. They must also enjoy a high standard of living. ❤ 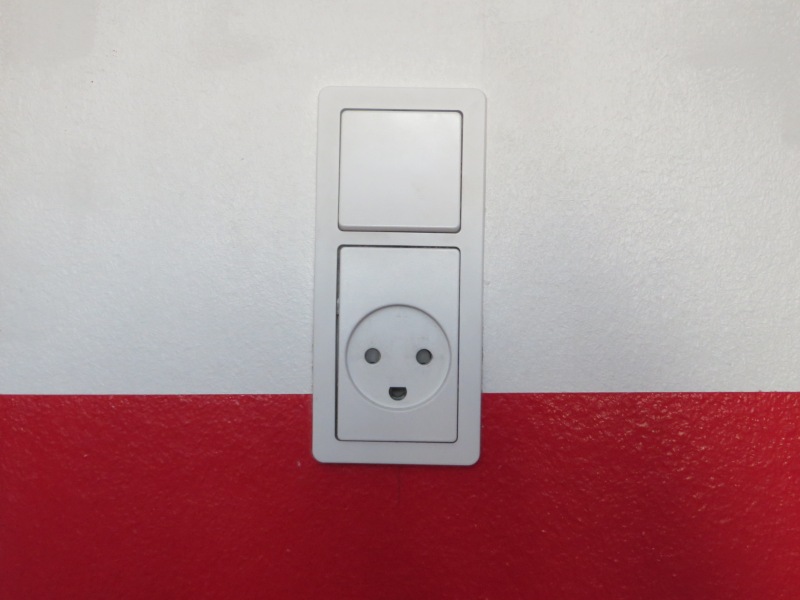