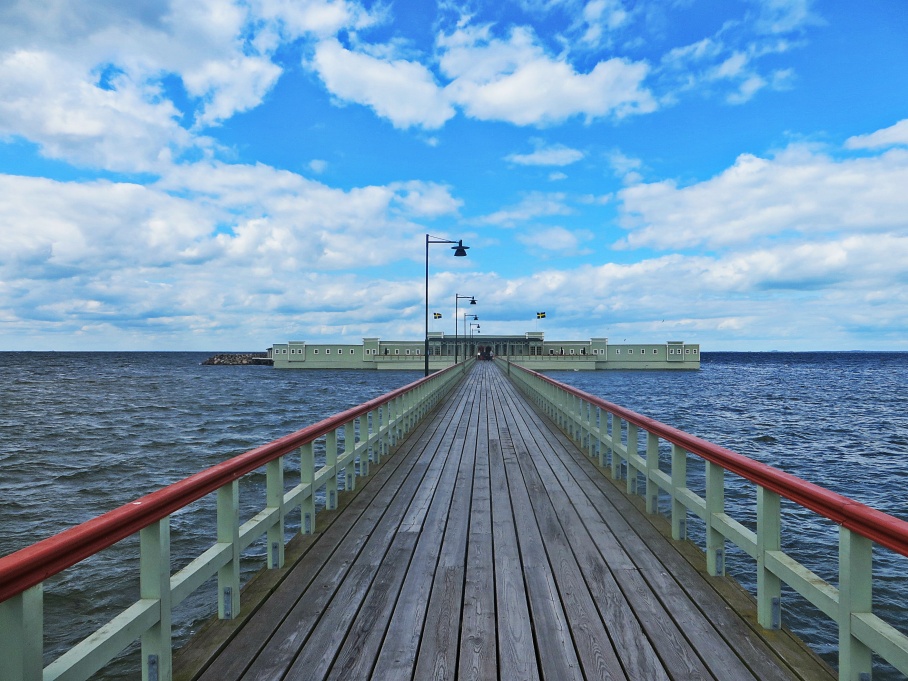 A visit to Malmo’s Ribersborgs Kallbadhus. Getting down to the bare essentials in the Baltic Sea.

I am bollock naked, staring out at the grey, choppy water before me. This ominous stretch of water is where the Baltic meets the North Sea, and as seagulls fly overhead and the smell of seaweed fills my lungs, I jump in. Instantly a rush of adrenaline flows through my system – an all-natural high caused by the release of dopamine and serotonin. I should also say it’s cold. Very cold.

Kallbadhus or “cold bath houses” are a Scandinavian tradition, and Malmo’s Ribersborg beach boasts one of the region’s finest. Located at the end of a long wooden pier, it houses a number of saunas where you can sweat yourself inside out before throwing yourself face-first into the Baltic. While seemingly normal for our Scandinavian brothers and sisters, this is a new experience for me and one which I am apprehensively eager to try.

Nudity is not enforced but expected. And as expected, everyone is naked. After I take my small ‘ass towel’ from the lady at reception (so you don’t burn your ass sitting on the hot wood in the sauna) I walk through a door and find myself standing outside on a weather-beaten deck. It’s both serene and eery in equal measures, with waves of grey, cold water smashing up against the rocks. I walk past rows and rows of little changing rooms and find one empty. Here I strip off naked and walk to the sauna wearing nothing. Slightly coy to begin with, it takes all of 30 seconds for me to feel relaxed, as everyone else is starkers as well. There are separate bathing and sauna areas for men and women, and a mixed sauna. All feature amazing views, with floor-to-ceiling picture windows staring out to a restless sea. When my body temperature is hot enough I totter back outside, walk to the end of the deck and jump in: the Baltic shocking my circulatory system into action.

Cold-water swimming is gaining popularity, and after my skinny dip in near freezing temperatures I can see why. One thing that encourages people to endure the pain is the accompanying cocktail of endorphins that arises in the brain, resulting in a lasting sense of euphoria and calm. The sauna beforehand definitely makes it bearable – just make sure you drink plenty of water to keep hydrated. The downside of all this water? Well you may need to visit the urinal after your freezing swim. If you’re male, that’s one area where cold water is not good for the ego 🙂 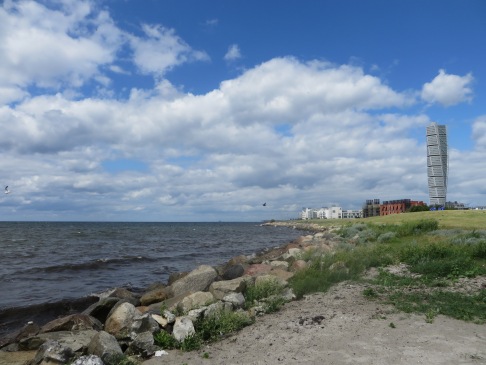 The bath sits alongside the same stretch of water as the Turning Torso – the centrepiece of Malmo’s sparkling new Vastra Hamnen district, a development of lush new apartments and waterside cafés built over the city’s redundant shipyards.

From a distance the Ribersborgs Kallbadhus actually looks pretty ominous, not unlike a squashed Alcatraz.

The Kallbadhus is open to the elements; steps lead down over rocks into the wide expanse of the Oresund – one of the three Danish Straits that connect the Baltic Sea to the Atlantic. 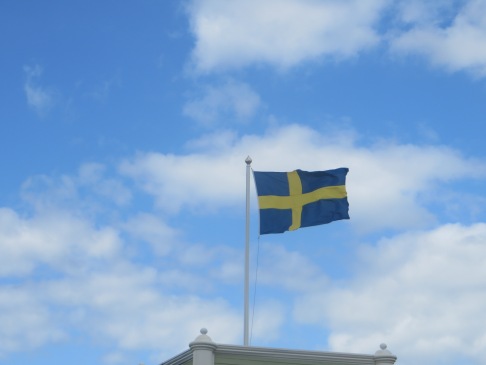 There’s an internal lagoon to swim in…

As well as the sea itself.