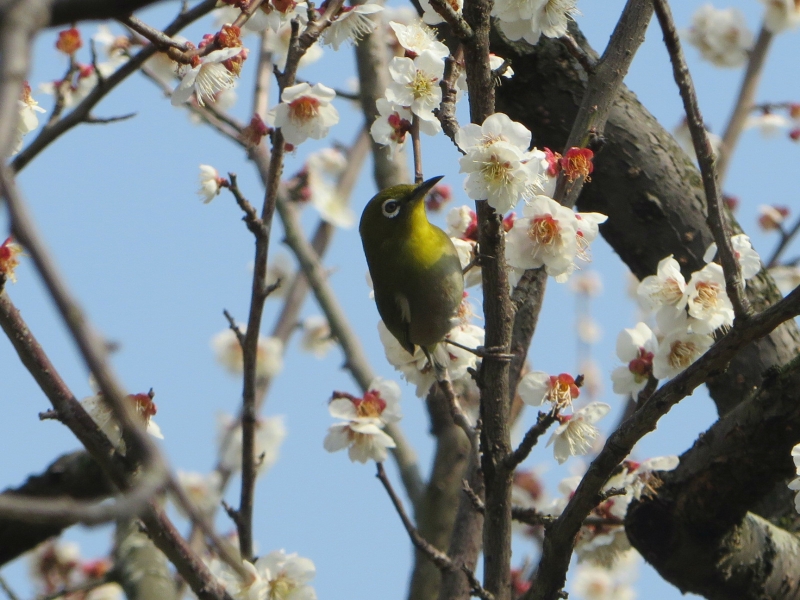 Last Saturday I woke up early and by 8.30am was already heading west out of Tokyo towards Shimosoga – a station in northeast Odawara, Kanagawa prefecture. I was on my way to get lost in Soga Bessho Bairin, a grove of 35,000 plum trees in the inaka, Japan’s countryside. There was a small festival being held to celebrate the plum bossoms.

After about an hour on the Odakyu line the scenery began to change, with built-up areas quickly being replaced by smaller neighbourhoods and mountains in the distance. I changed trains at Shin-Matsuda and hopped on the Gotemba line. Finally, a few hours after leaving my house, I arrived at Shimosoga. 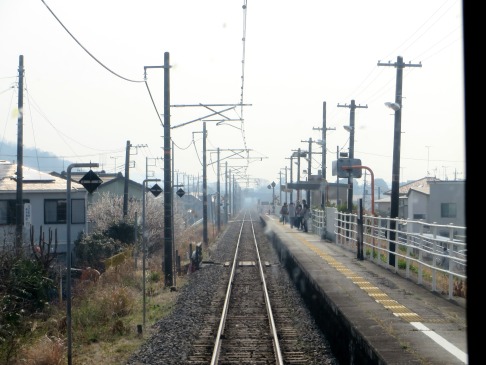 The sleepy Gotemba Line has just one track. Trains are infrequent, generally one per hour, and many of the stations are mere platforms. (IC cards aren’t accepted; you have to buy a physical ticket.) It’s a far cry from the hustle and bustle of Central Tokyo’s train network. 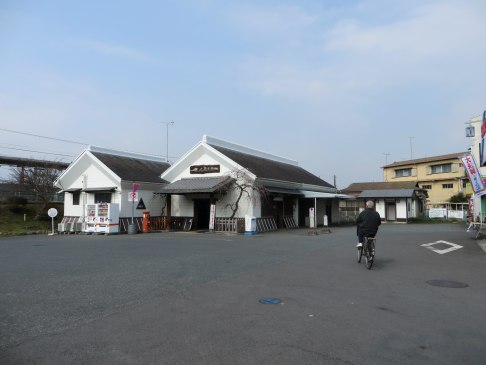 This was the scene that greeted me at Shimosoga station. Totally quiet, despite there being a festival on. It was so nice to see… virtually no one. 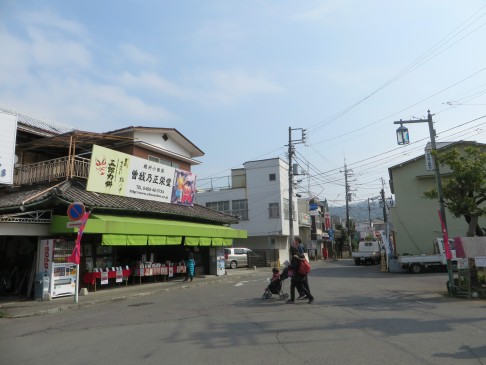 The ‘Main’ Street leading away from the station. 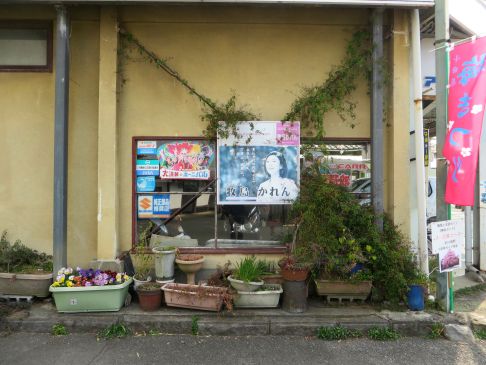 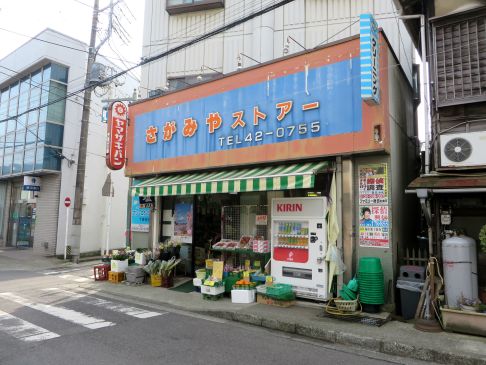 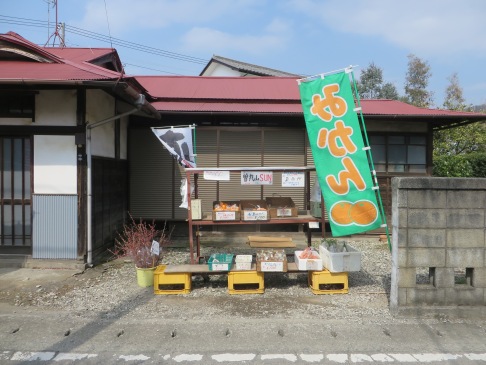 Leaving the empty main street behind I started walking down the even emptier side streets. Now and again a local would smile at me curiously. I spotted this vegetable shop by the side of the road, but with no one manning the stall. You are simply trusted to put the money in a box. 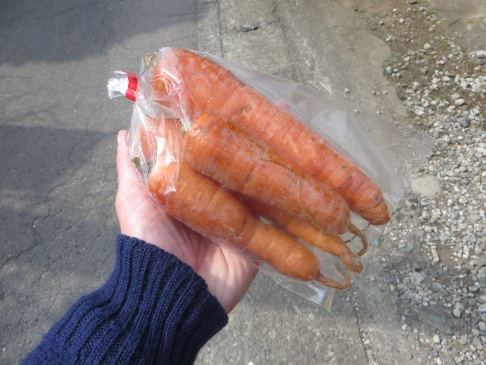 This big bag of organic carrots cost 50yen. That’s 30p. People who live in Tokyo will understand how cheap that is. (I bought some on my way back!) 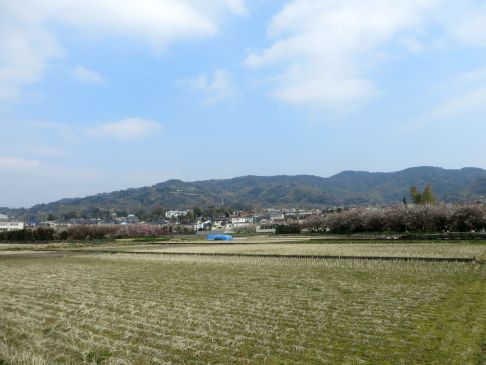 The plum blossoms of the Bairin

Basically throughout this whole area there are 35,000 plum trees in bloom. There are so, so many different types: red, white, weeping… Some are in full bloom while others are still buds. The grove is almost 600 years old and just feels like Japan. 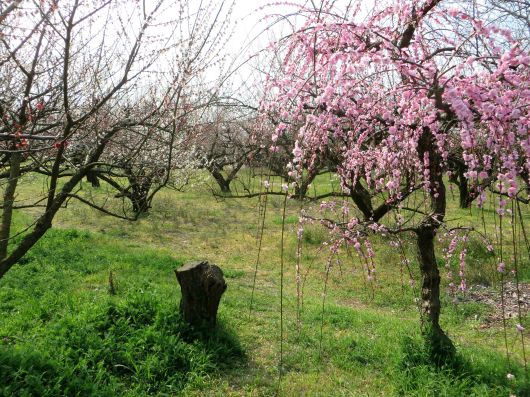 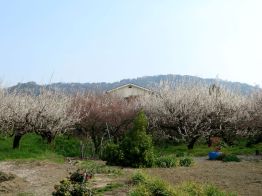 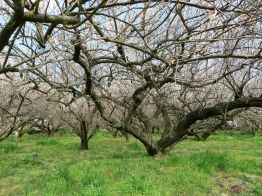 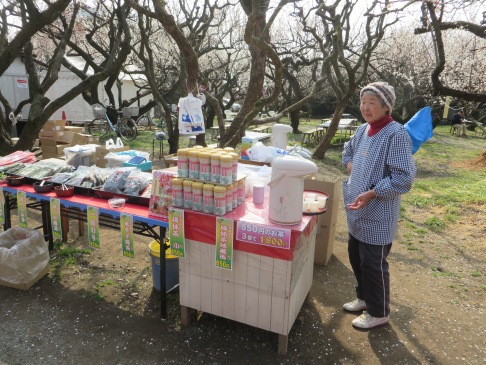 Walking in silence through the grove I could hear some traditional music in the distance. As I got closer I saw it was from this stall selling green tea. The little lady offered me some and told me to sit down. It was delicious and I bought some to bring back to Tokyo with me. 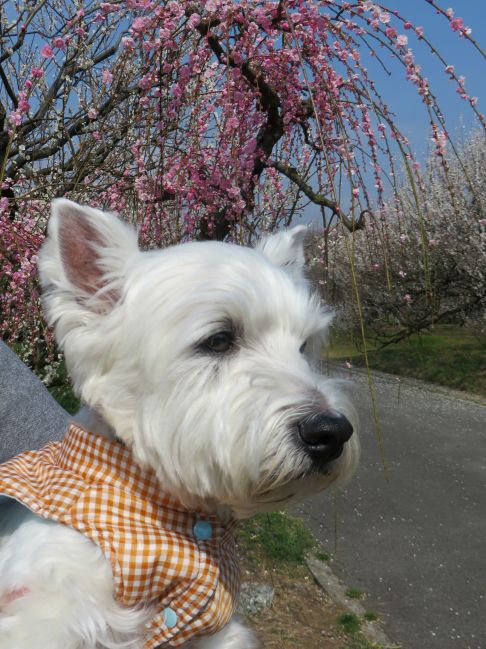 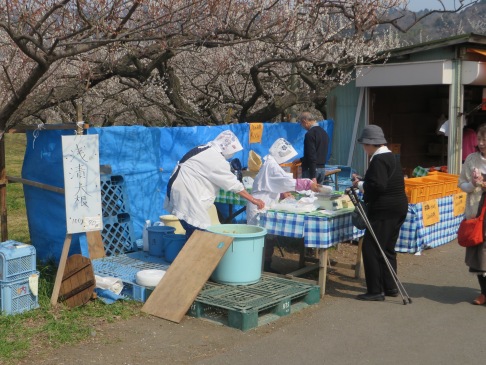 These ladies were selling daikon, a winter radish as well as oranges. 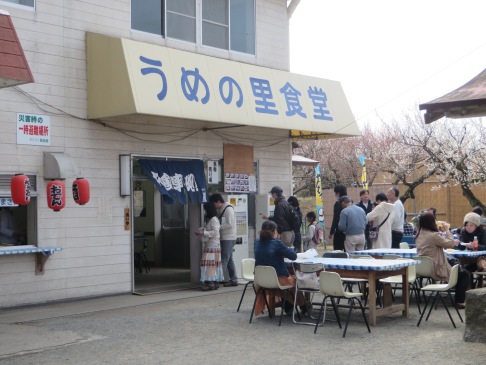 I was hungry so I went into the only restaurant in the grove. 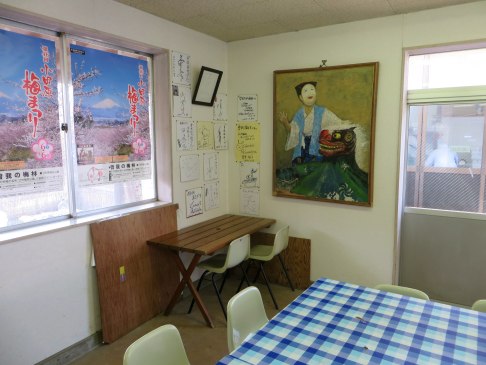 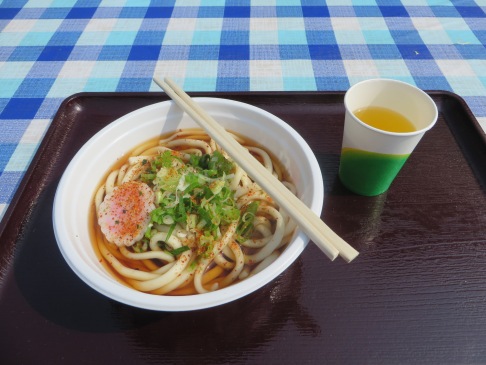 The udon was so-so, but hey, food is food. 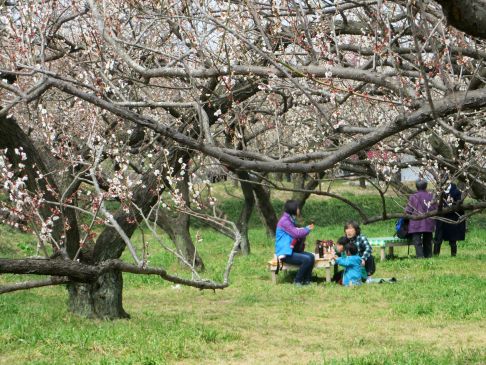 Others chose to eat outside, picnicking under the plum blossoms. 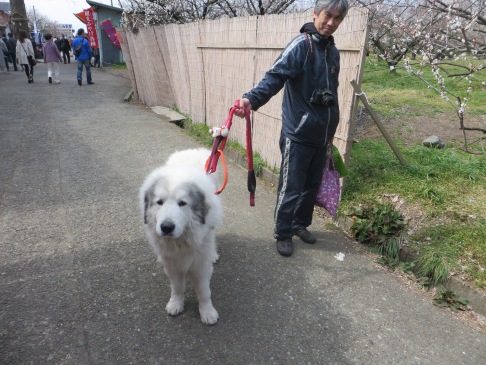 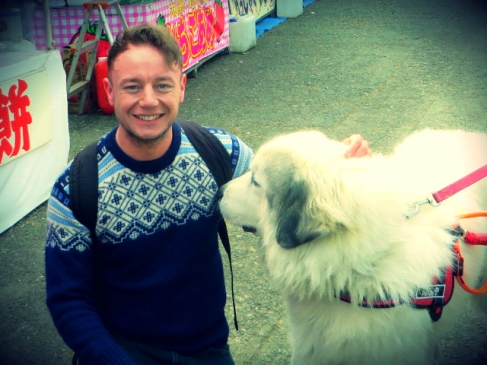 Couldn’t resist a photo with him… 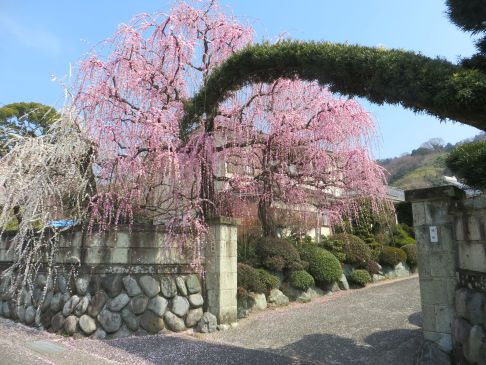 After a few hours I made my way back to the station. I passed this house on the way, the falling petals from the huge plum tree turning the driveway into a carpet of pink.

Here’s a short video to give you a feel of how quiet these inaka stations are, and how quaint their local festivals can be. Look out for the dog being wheeled in a pram at the end. 🙂