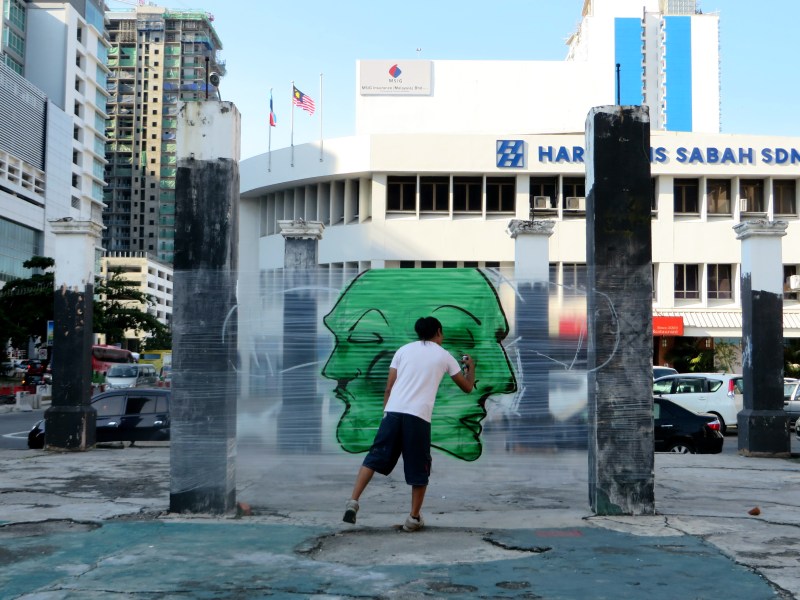 Hanging out with a crew of graffiti artists in Kota Kinabalu

Think of the word ‘Borneo’ and chances are your brain will conjure up images of forests, tribes, headhunters and sprawling undergrowth. What you may not think about are the emerging ports and cities that are now vying to compete with the rest of those on the South East Asian mainland.

Borneo is actually made up of three countries – the Malaysian states of Sabah and Sarawak; the Indonesian state of Kalimantan; and the tiny oil-rich sultanate nation of Brunei. Bornean cities are growing rapidly – both economically and physically – and with that comes the parallel growth of underground urban culture you would expect from any modern city.

On my most recent trip to the world’s third-largest island, I stopped off in Kota Kinabalu – the main hub of the Malaysian state of Sabah – and spent the afternoon with a bunch of street artists working in the ruins of an old building. Decked out in New Balance, adidas and Diamond clothing, the scene in front of me was a far cry from the Michael-Palin-sailing-down-a-river days of yore. This is the new face of Borneo.

“That artist over there has flown in from Kuala Lumpur for the weekend, he’s pretty famous,” one of the guys tells me in fluent English, pointing to his mate spraying in the distance. “This used to be an old Colonial building, but it was destroyed in a fire leaving only the pillar foundations. For some reason they didn’t bother pulling the rest of it down so we took it over.” Sitting opposite an upmarket shopping mall in the centre of the city, this graffiti spot has become a mecca for street artists in Borneo who come a few times a year to display new work. “The cops know what we do here but they don’t give a shit. Why should they? We’ve made this place a tourist spot. It’s part of the city now.” 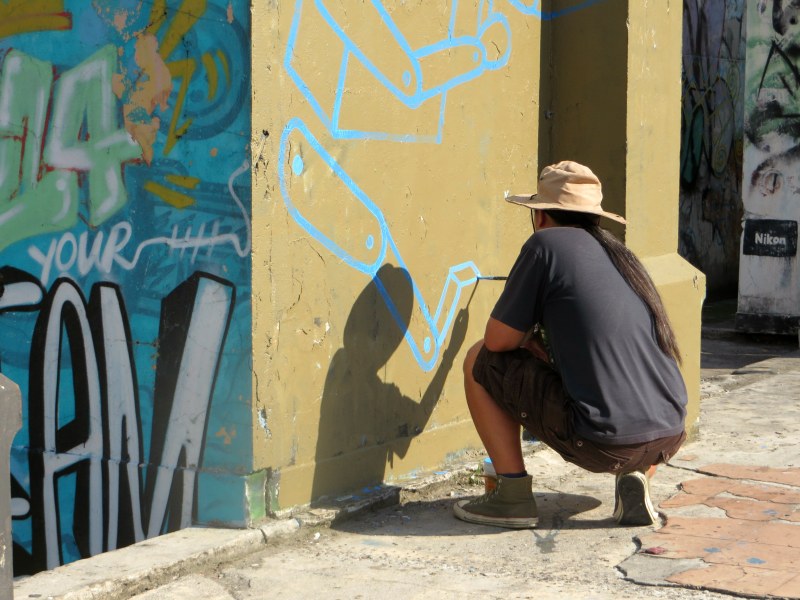 Kota Kinabalu was totally flattened during World War 2 with only a few structures in the entire city surviving. And so it seems strange that a building which is in ruins itself should represent the kids of the city. But as with all good street art, this isn’t about defacing a building, it’s about enhancing it. “We have to come down here every few months as the work gets old, people tag over the stuff or the weather just destroys it – especially the plastic wrap.” The plastic wrap he is talking about is a huge piece of clingfilm wrapped over and over again around two of the concrete pillars creating a huge transparent canvas.

“After the earthquake, people from all over the city came here to pray for the dead and those affected.” This earthquake of course hit the news back in the UK when three British travellers were accused of causing it by streaking on Mount Kinabalu, which is believed to be sacred. “We do believe in the power of nature. The mountain was angry and so it sent out a message. Those guys shouldn’t have done what they did.” 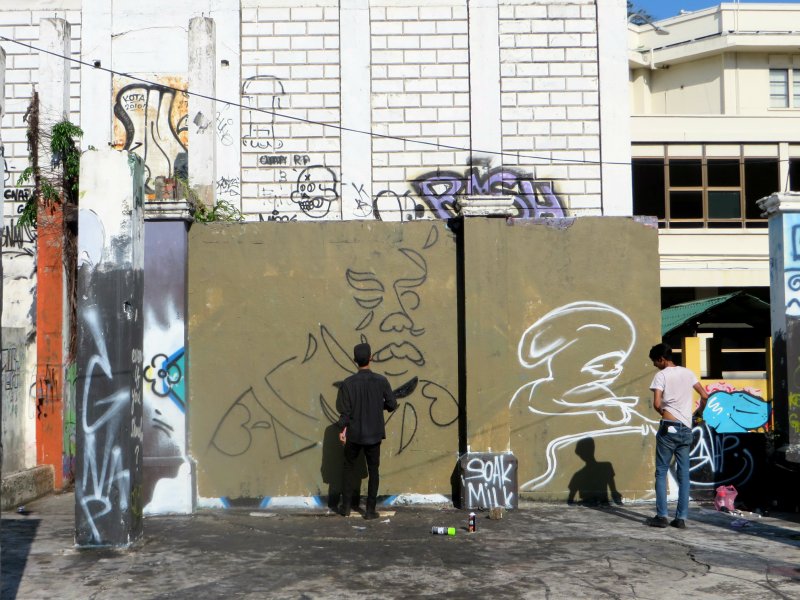 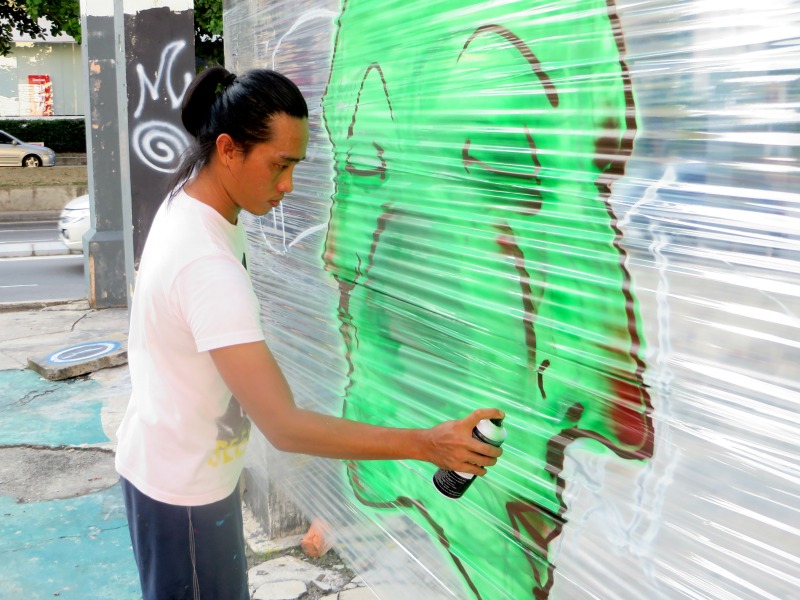 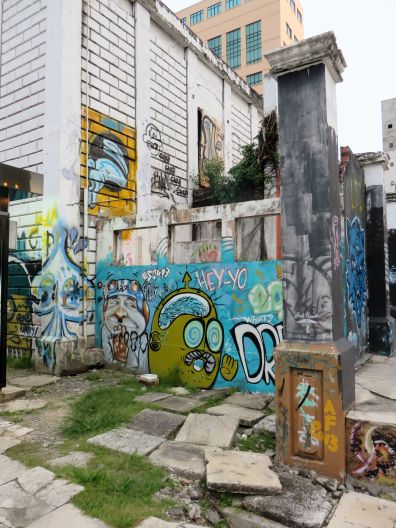 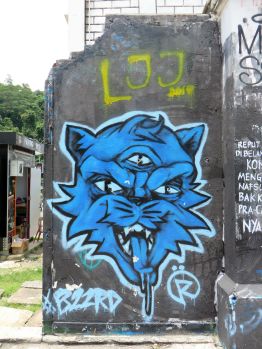