From Tokyo to California: Summer 2019

After seven straight years of spending my summers in SE Asia, I thought it was time for a change: a trip to the West Coast of the USA where Mrs IKIMASHO was brought up, and Mexico, where her mum lived for nine years. Interestingly, because I have spent so much time in Asia, this recent trip to California felt new and refreshing – the landscapes, food and culture all being so markedly different from the east.

I visited California once before in 2007, but if I’m perfectly honest, it feels much, much longer ago than that. In fact, I almost feel like a different person now. (It’s funny the difference between your mid-twenties and mid-thirties; a period of your life where you don’t really you think you’ve changed that much, but you totally have.) As a result, on this visit I took with me twelve years of travel (and life) experience since the last time, allowing me to see America in new way.

We were based in Salinas, a city just outside the southern part of greater Bay Area. Ask people what it’s famous for and they’ll probably point you in the direction of John Steinbeck’s childhood home, or the vast broccoli fields that seem to surround the city. As with all my travels, I’m most content with no real agenda. And so we were happy to simply walk the suburban streets, BBQ with friends, eat takeaway Chinese food, and wander aimlessly up and down the aisles of supermarkets that seemed to be five times bigger than those of Ireland and Japan. I would get up early in the morning to do pull-ups at the local park, or workout at the huge Gold’s gym just around the corner from where we were staying in the ‘burbs. 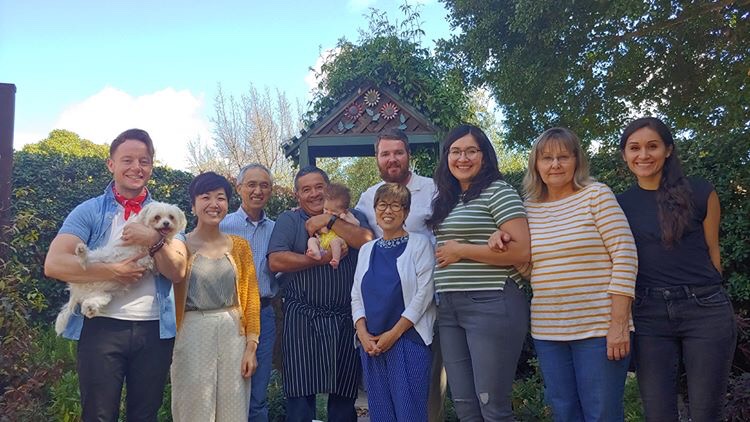 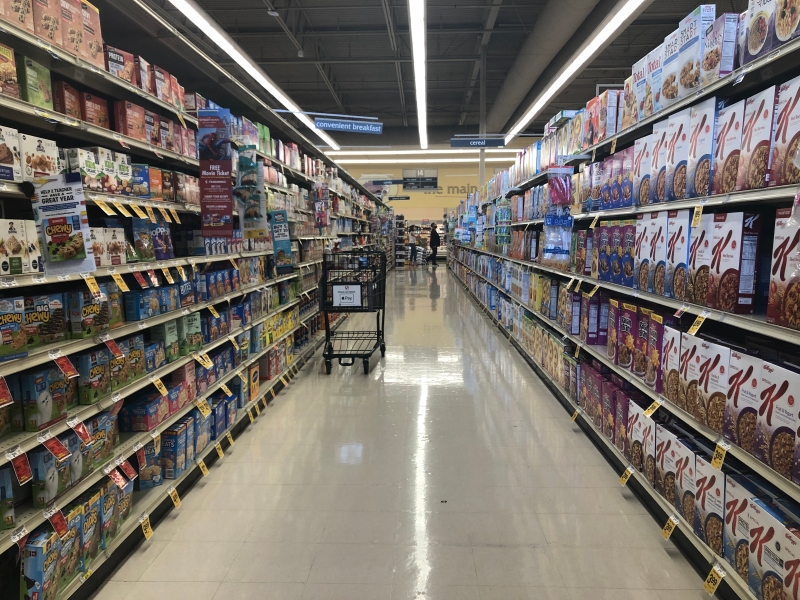 You could drive a car down that

From a purely aesthetic point of view, suburban life was everything I had hoped it would be: palm trees on the streets, purple sunsets, and freshly cut lawns. And of course, the American flag, which seemed to be everywhere: hanging from porches, emblazoned on tshirts and plastered on the bumpers of pickup trucks. 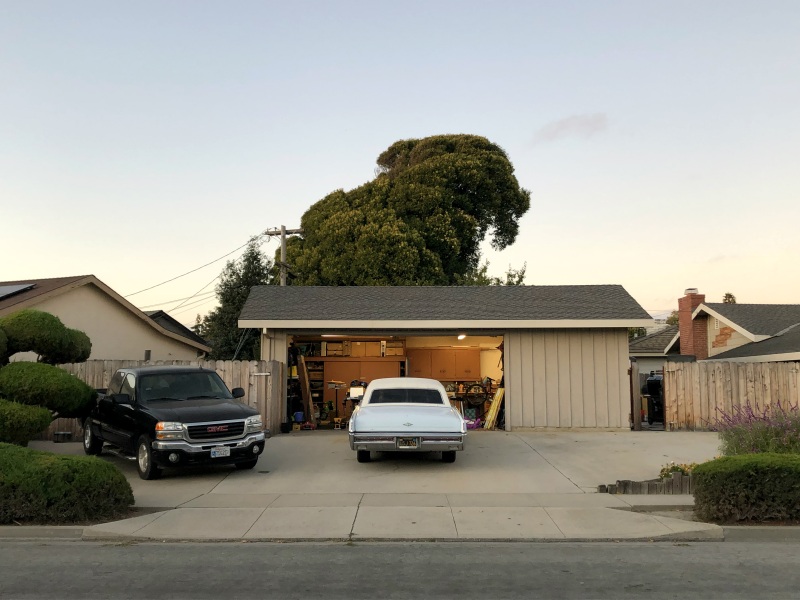 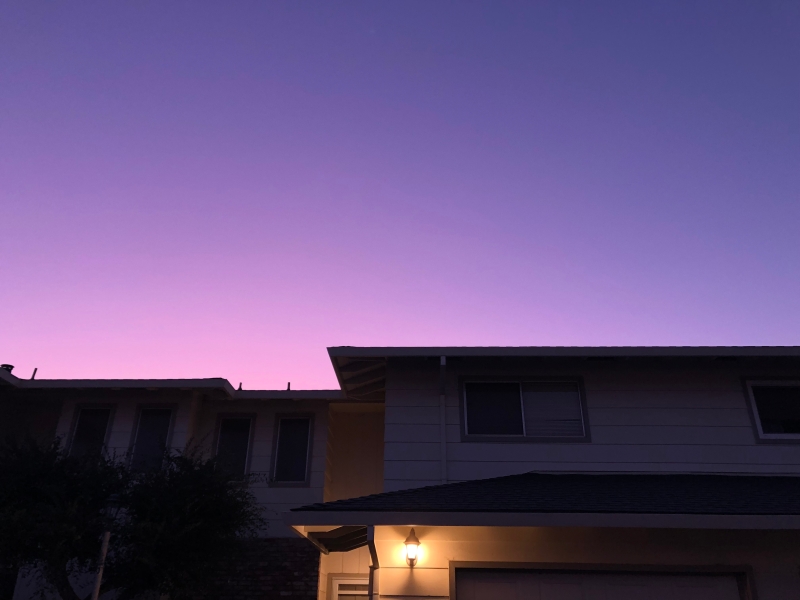 At the gym, I would look up at the TV to see white newscasters with white teeth talking to white weather girls. Yet when I looked around, the demographic couldn’t have been more different. Salinas has a huge Hispanic population, and so most people were either Hispanic, or mixed race. And that set the scene for the entire trip, making me question my own preconceived perceptions about the US. Up until that point, a lot of my naive exposure to America had been through the media – whether it was via movies or even following political campaigns. And for the most part, this commentary was predominantly white. Looking around the gym, and walking about town, I was happy to see that so many different kinds of people did live together. It wasn’t all white like the TV suggested. Not even close.

A huge influx of legal (and illegal) Hispanic immigrants means east Salinas almost feels like Mexico, complete with Spanish shop signs and Hispanic families sitting on church steps on Sundays. Of course, there are problems that come with such immigration, namely the fear that many undocumented immigrants have of government authorities. With residents scared of being deported, they are unlikely to want to talk to police, making it hard for officers to carry out investigations and build community relations. As a result, I found it interesting to learn that Salinas police department policy is to not verify immigration status of individuals coming into contact with city police officers. The police there basically turn a blind eye to it in order to keep the greater peace.

Life in the Salinas suburbs

As you would expect, Mexican food in Salinas is on point. No Mexican restaurant will survive in the city unless it is amazingly good, and so I was eager to try the most authentic place I could find. A few Google searches later led us to Eva’s Cafe – a minuscule restaurant set deep in the Latino suburbs. With enough space for about seven people at a push, this place felt exciting – customers speaking Spanish, Mexican music playing, and staff ladling red and green salsas into heavy stone dishes. It was my first time eating grilled cactus pads (nopales) and it was amazing! Washed down with a big glass of tamarind juice. 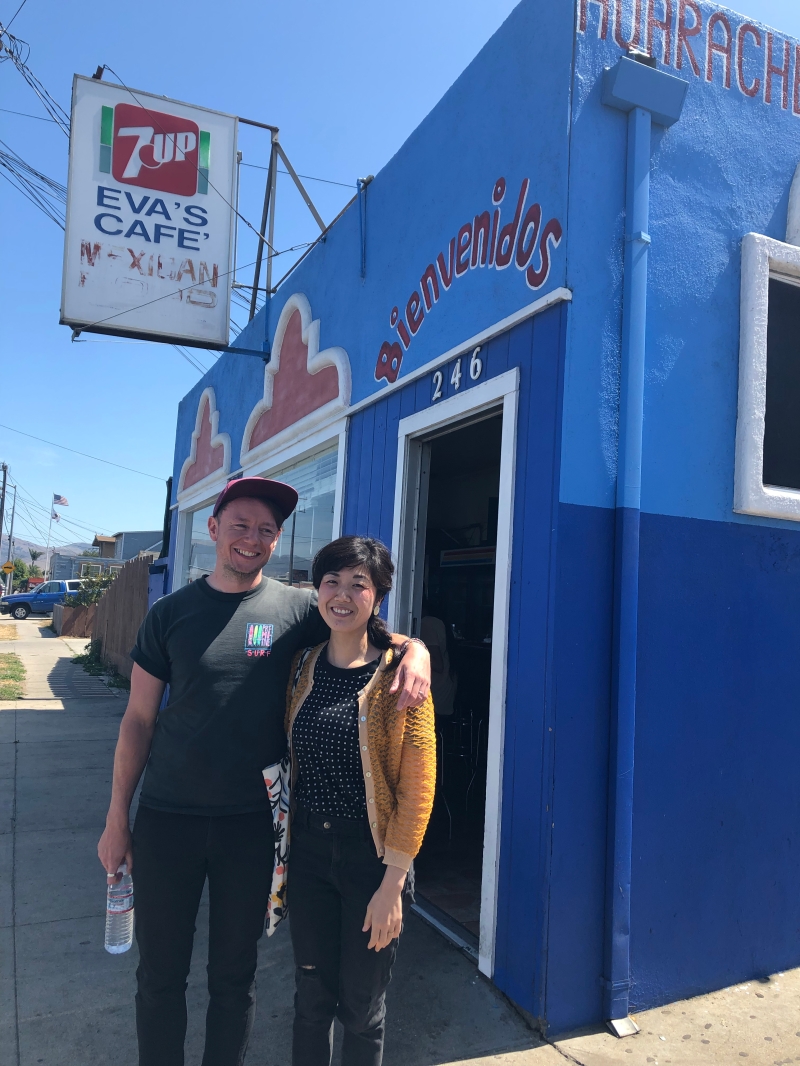 Of course, good old fashioned American food featured heavily on our trip too, a desire fueled by watching way too many episodes of Diners, Drive Ins & Dives over the years. At Black Bear Diner, I stared in disbelief as obese people ordered enough food to feed a small family. Portion sizes are intense in the USA, and even if you share it can be almost too much. I couldn’t resist the corned beef hash with bottomless coffee. Other meals on our trip included Vietnamese and Chinese – the type of Chinese food that you get in the UK that I had been missing so much. And of course, no visit the US would be complete without a pilgrimage to a 50s-style diner featuring malted milkshakes, pinball machines and a Cadillac sitting smack-bang in the restaurant.

Black Bear Diner in Salinas. This image sums up America to me. 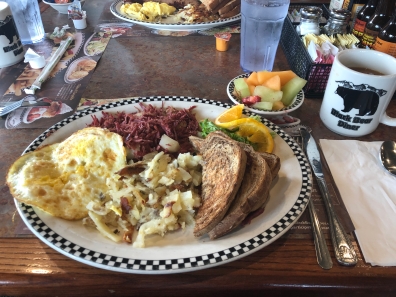 California is a beautiful part of the world, once you leave the six-lane expressways behind. The traffic can be bad in and around the cities, but once you hit the coast it is surprisingly empty. At 9am on Big Sur we were sometimes the only car – a small speck amongst a vast landscape not dissimilar to the Antrim Coast in Northern Ireland, only on a much larger scale. Travelling with Mrs IKIMASHO’s parents, we drove a few hours along the coast, also taking in Point Lobos State Natural Reserve which was stunning in its own right. We ate lunch at an amazing little cafe bordered to the east by the Santa Lucia Mountains, and the west by the Pacific Ocean. With winding turns and seaside cliffs, Highway 1 deserves its reputation as one of the best drives in the world.

What I loved about California’s central coast was how so many good places seemed to be in close proximity to each other. Point Lobos, Carmel-By-The-Sea and Monterey were all within a 30-40 minute radius and really cool to visit. With its rugged rocks, Monterey in particular reminded me of my hometown of Bangor in Northern Ireland. It was fun to see so many seals swimming about, and the boardwalk was super quaint. Monterey felt like a city you could live in – though you might need some cash to do so.

With a few days planned in Central Mexico – and a flight out of Oakland – we headed north into the Bay Area, staying with some friends in Fremont. For as long as I can remember I had always wanted to visit a small town in America: you know the type – white-picket fences, wooden churches and narrow streets. I didn’t think it would happen on this trip, but I totally lucked out when we stopped off at San Juan Bautista, a small agricultural town in a quiet part of California. Better still, I soon realised that the Spanish Mission that the town is named after was in fact the same one that featured in Hitchcock’s Vertigo.

If Salinas could at times feel like Mexico, the San Jose area felt like we were almost back in Asia. Evening walks around a small lake in Fremont resembled those I have done in Singapore and Thailand, with countless Chinese joggers and Indian families. I’m not entirely sure why San Jose has such a strong Asian population, but one factor could be that many have moved there to help keep Silicon Valley at the center of global IT innovation. San Francisco too – which we ventured into quickly to see the excellent musical Hamilton – also felt very Asian. In fact, all the waitresses who served us in one of the 50s Diners were Chinese.

Would I go back to America? For sure. Would I like to live there? Maybe – though not in San Francisco, which was looking so much more dirty and disheveled since my last visit. All in all though, California is a great place to visit and I am sure I will be back at some point in the future – as well as Alaska, which I would love to go to.