Switch on the news right now and you will no doubt see a story about coronavirus. It seems to be on everyone’s mind, the Japanese public included. But at the end of the day, daily life still has to continue – and even though Tokyo’s main attractions are off-limits, that doesn’t mean we still can’t enjoy ourselves. Here are some memories from February. ❤️

By mid-February the ume blossoms were already in bloom, signaling the upcoming arrival of spring. The warm winter means that the cherry blossoms are scheduled to open early this year. I hope we can enjoy lots of different sakura scenes this year. Expect a post dedicated to them as usual 🌸

A beautifully presented bowl of bara chirashizushi (scattered sushi) served up in Futako Tamagawa. The fish was good quality and the wasabi was fresh. I think this bowl had 15 ingredients – the more the merrier!

Couldn’t help but notice the care that this restaurant took in its presentation of things. Each toothpick was individually wrapped in its own homemade origami sheath. 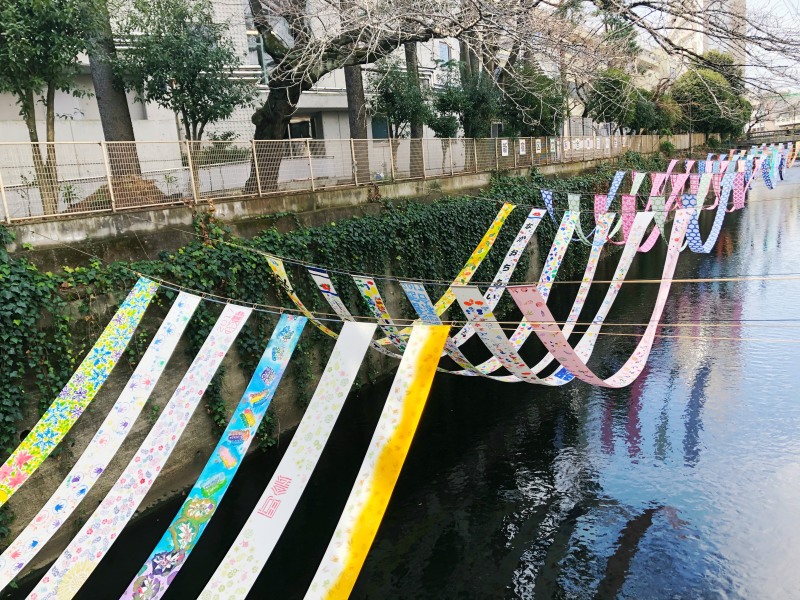 The colours continued in Nakai, a small station in Shinjuku-ku with a little river winding through the area. Decades ago, local dressmakers in the area would hang freshly-dyed kimono fabric over the river to dry. So every year, this neighbourhood celebrates its heritage by doing exactly the same – hanging streams of colourful fabric over the river and holding a small festival. I say festival, but it’s more like a village fete, with makeshift stands selling taiyaki (fish-shaped cakes filled with red bean paste) and colourful kakigōri (shaved ice deserts).

The festival is called ‘Some no Komichi’, and it happens once a year in February.

From walking around the small, winding streets of Nakai to standing beside the behemoth that is Tokyo Skytree, the world’s tallest tower at 634m. I’m not over on this side of Tokyo often, maybe three or four times a year, but I enjoy being reminded how massive the city is.

Plum blossoms were blooming here too 🌸

We were actually over on this side of Tokyo for a special matsuri that I will be writing about over the next few weeks. This one was a water purification festival, and I loved the traditional buckets that they were using, as well as the huge straw coverings. 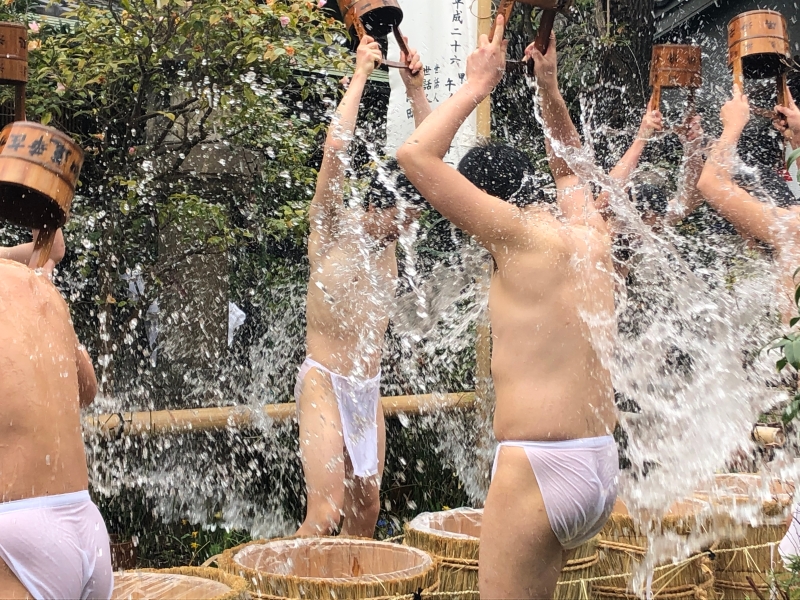 Lots of noise, action and wet feet at the Suigyo Kokuto-e festival. I should have stood further back but where’s the fun in that 🙂

Lunch at a dingy but super cute restaurant not far from Skytree. I loved this place, the owner chatting away to us, and posters (that clearly hadn’t been changed in about twenty years) peeling off the walls. 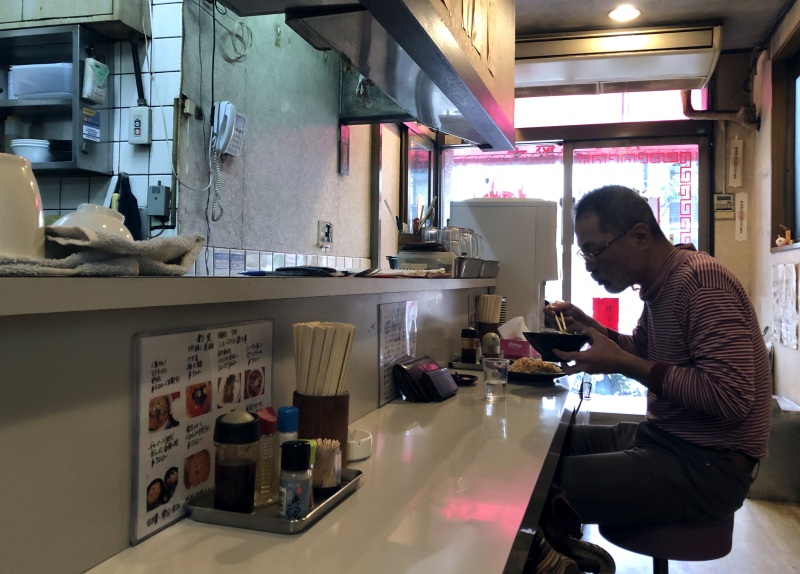 And simple food. Gyoza, made in front of us. 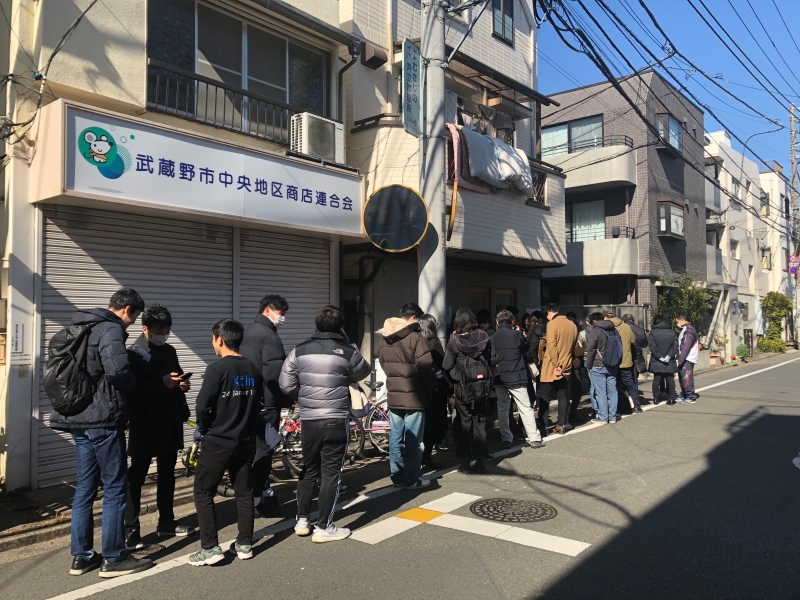 More food one Saturday morning in Mitaka: queueing for ramen at Sakurai, a very highly rated shop that has won a number of awards. Thankfully I took this pic after we had eaten and had left, but we still had to queue over an hour ourselves to get in. Was it worth it?

Yes and no! The soup was full of flavour – made from chicken, pork, and Hokkaido konbu (kelp). There was no chemical seasoning, just pure umami taste. I have to say though I wasn’t a fan of the chashu, even though most reviews raved about it. I guess when it comes to ramen, I prefer it when the meat is chargrilled as opposed to slow cooked.

Sunshine on the Nambu line which connects Tachikawa and Kawasaki. I have been enjoying exploring random Kawasaki neighbourhoods lately. 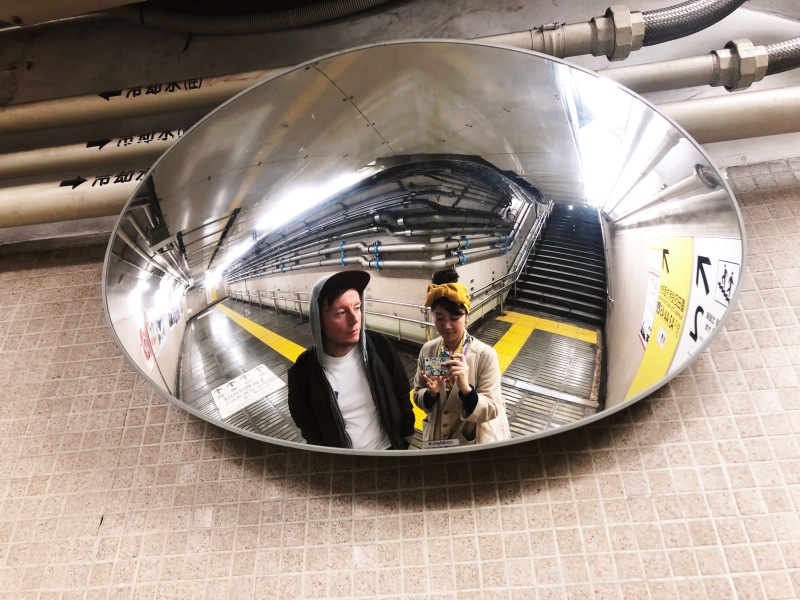 Off on another journey 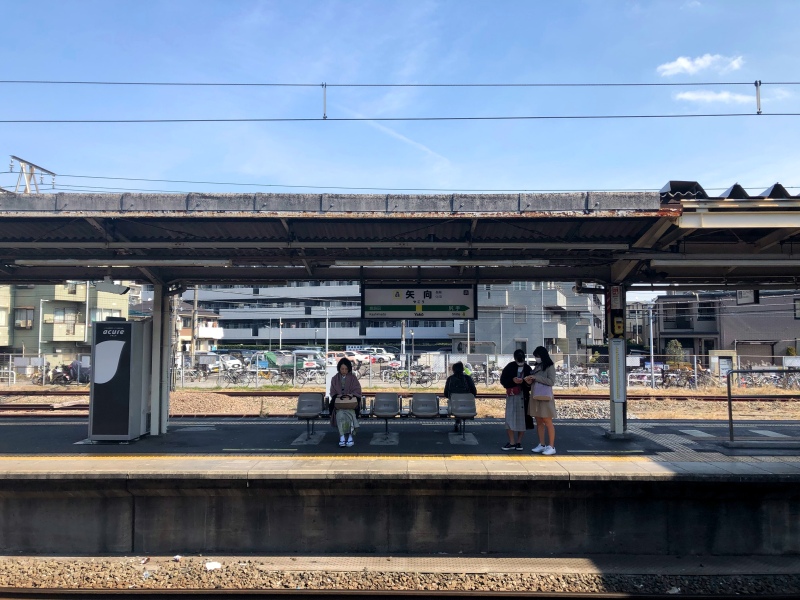 Mrs IKIMASHO looking way too pleased with herself while shopping at a craft stall. If it’s homemade or kitsch she is all over it.

Blue skies over Shibuya. I love how my neighbourhood feels like a quiet village, yet if I travel 15 minutes I can see this. 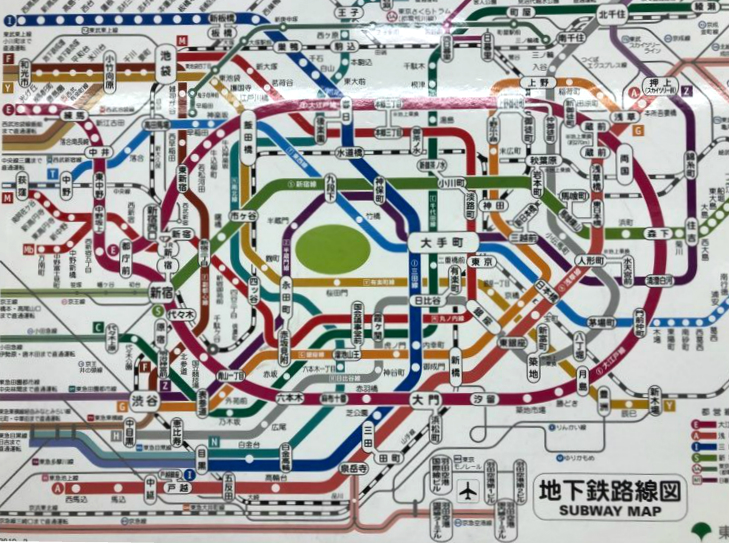