Mount Kobo is a nice way to spend an afternoon. Just watch you don’t bump into the locals…

I’ve always been fascinated with insects. As a kid I would spend hours in the garden overturning rocks, wondering which weird and wonderful creatures I would find next. At a young age spiders did scare me to an extent, but not to the point that they would keep me at bay. I’d find a web, throw a leaf onto it and then scarper just as the spider dived in for the kill. This curiosity has stayed with me all my life, and if I see a huge insect I am still more-than-likely going to try and get as close to it as possible as opposed to far away.

I was lucky enough to trek through primary rainforest in Borneo a few years back and I got to see some pretty big spiders in the wild, as well as giant centipedes and prehistoric-looking beetles. It has to be said though that Japan has its fair share of insects, too. Praying mantises and kabutomushi (rhinoceros beetle) are both favourites of children here, with pet stores selling ‘starter kits’ for you to keep them as pets in your home. There are also a shitload of spiders, something I was acutely reminded of when I visited Mount Kōbō, just east of Hadano, last weekend.

Kogane-gumo, or ‘wicked-looking spiders’ were everywhere. The trees were lined with their thick webs to such an extent that you really did have to be careful where you walked. After a hectic few weeks in the city it felt good to be among nature again, on my own for a change, doing what I loved doing all those years ago: scaring myself to death with my own curiosity. 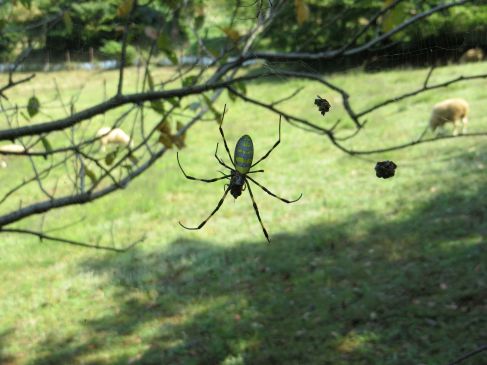 If seeing about 100 of these within the space of about 5 minutes is not your idea of a good time then maybe this isn’t the place for you.

A giant kogane-gumo cocooning its prey, in this case an unfortunate wasp. Itadakimasu. 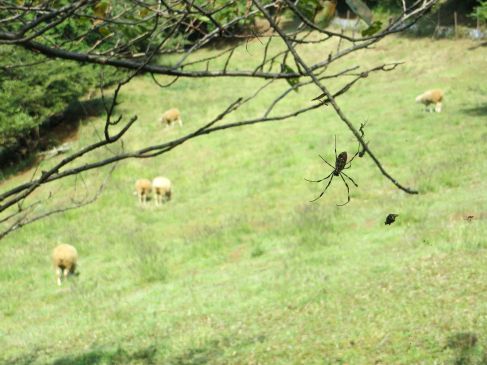 There were sheep too. 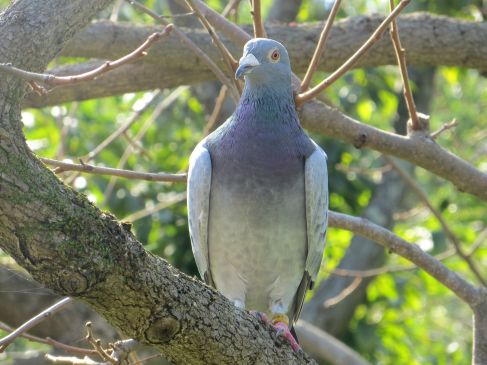 And a friendly wood pigeon. Hello.

But mainly there were spiders. Lots of them. Getting web in your face is not a nice feeling.

Here’s a spider enjoying the view from the top. Hello again. 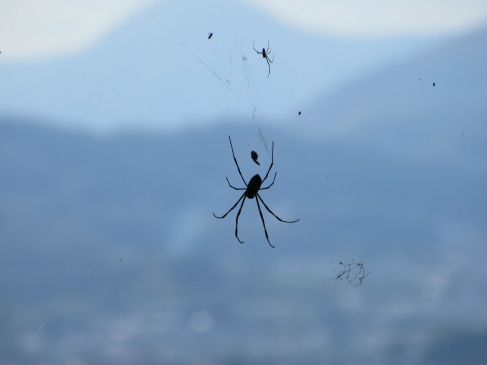 Did I mention there were spiders? 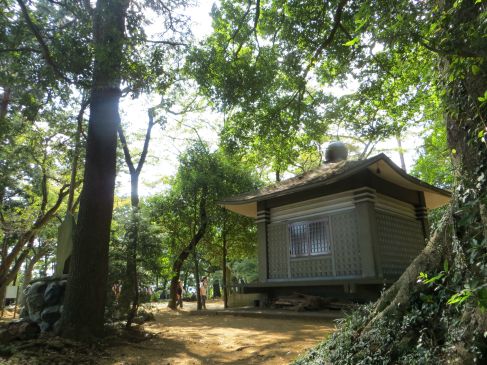 Mount K0bo is more of a hill than a mountain. It lies east of Hadano in Kanagawa Prefecture and reaches a height of 235m. Together with the adjacent Mount Gongen and Mount Asama it forms an area called Mount Kobo Park. Locally the three are often collectively referred to as Mount Kōbō. So there you go. 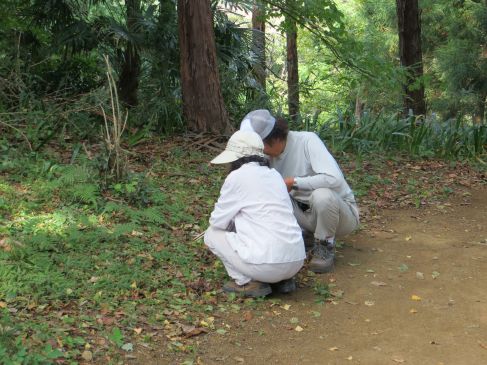 I saw these two oldies poking about the ground with chopsticks and asked them what they were doing. Turns out they were looking for nuts from the ginkgo tree. The fleshy pulp of the ginkgo nut tree smells like shit. No, seriously. It’s the Japanese equivalent of durian. I asked them if it was delicious and they told me it was. I told them it wasn’t and walked off.

Japanese hikers are hardcore. This isn’t even a strenuous trek but lots of people had full gear including this legend who brought a stove so he could make himself mulled wine. 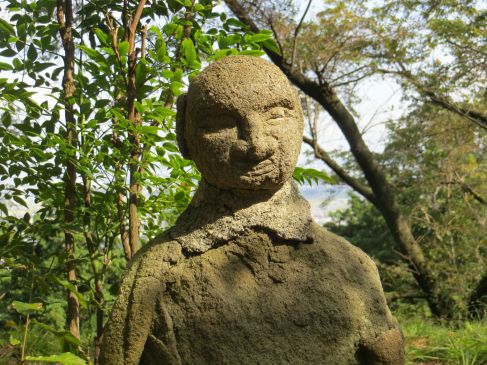 You could say this guy is a bit ‘stony-faced’ couldn’t you? Eh? EH?! Hahahahahaha I’m a funny bastard. 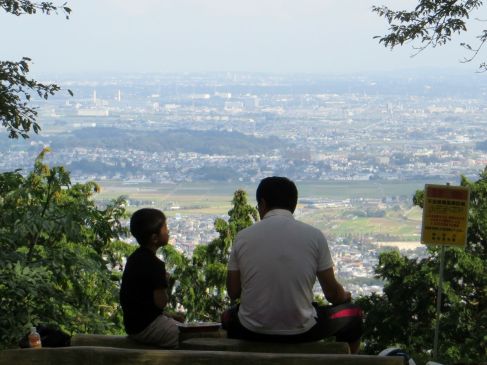 Finally, the highlight of my trip to Kobo has to be this spotting of a Hummingbird Hawk Moth, the first time I’d ever seen one. These moths are sometimes mistaken for hummingbirds, because they fly just like them. But they are in fact insects – day-flying moths. I must have followed it around for about 15 minutes. Beautiful.

Hadano station is about an hour from Tokyo on the Odakyu line. To get to Mount Kōbō it’s maybe a 45-minute walk so I suggest just taking the bus from stop #4 outside the station. Once you get to the top of Kōbō you can follow a 4km train that will bring you back to Tsurumaki-Onsen station which is also on the Odakyu line. Unlike Takao and Oyama there’s not much in the line of food or drink so bring some snacks.

(Don’t forget some for the spiders too.)