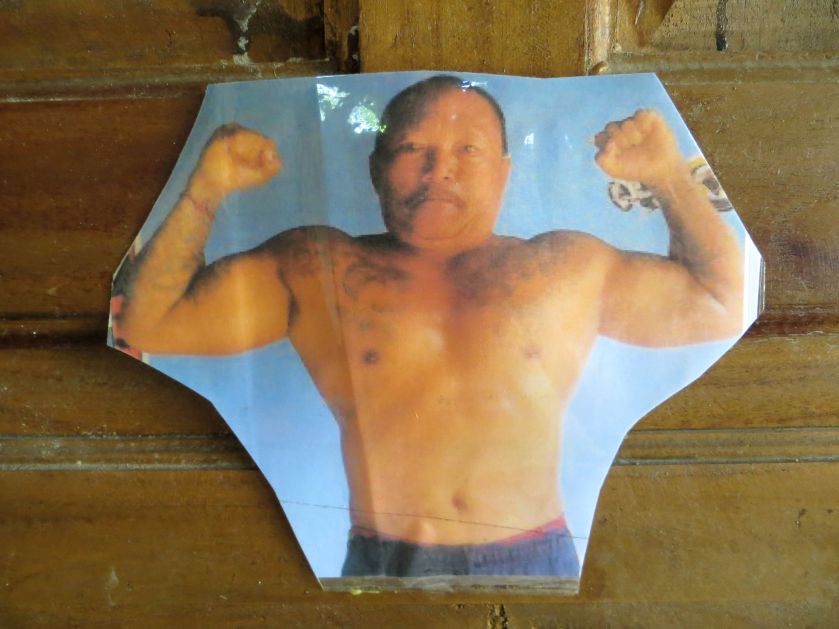 I just renewed my gym membership in Tokyo. It’s expensive. Like proper expensive. Most gyms over here run in the region of ¥10,000 a month (£60). That’s a pretty standard rate. There are cheaper ones to be found, but this one is just down the road from my house and has pretty much everything I want. With winter just around the corner it’s important I have membership, mainly due to the fact that it’s a warm place to go during the dark nights. Japanese houses don’t have central heating. So you know that feeling when you run out of oil or gas back in the UK and have to wear a coat in the house? Well it can pretty much be like that in Tokyo for three months straight. It’s a nightmare. Leaving the heat of your room to go to the toilet becomes a monumental battle against the elements.

Anyway, when I was at the gym the other night I was reminded of one I came across when I was cycling across Lembongan island off the coast of Bali a few months back. It was a ramshackle mess of a place, with a sweaty leathery Australian guy beating the crap out of a punching bag in the front yard. “I live on Lembongan seven months out of the year,” he told me. “I’m one of the few foreigners who actually live here long term.” I asked how much the gym was and he told me he didn’t know. He said he just bought the owner petrol now and again or something ridiculous. I told him I didn’t have any petrol so he said for me to just go in and use it for as long as I wanted. So in I went… 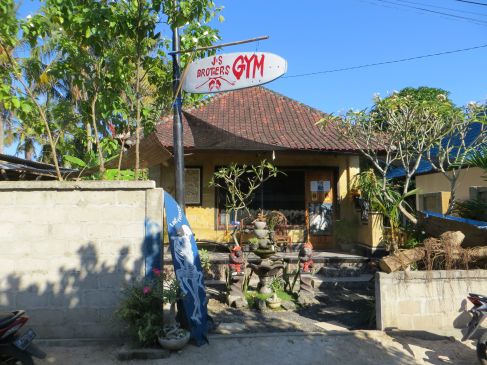 Looks kinda quaint from the outside doesn’t it? Almost like it should be in Home & Away or some nonsense like that. 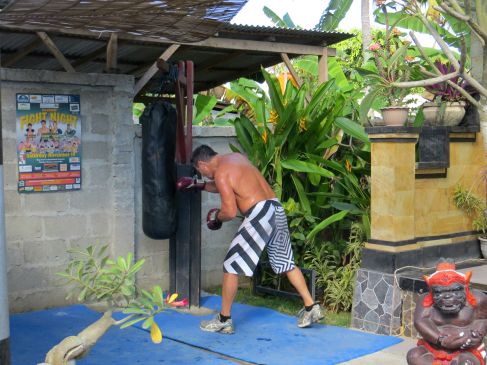 This is the Australian bloke. He got a fair few digs in. 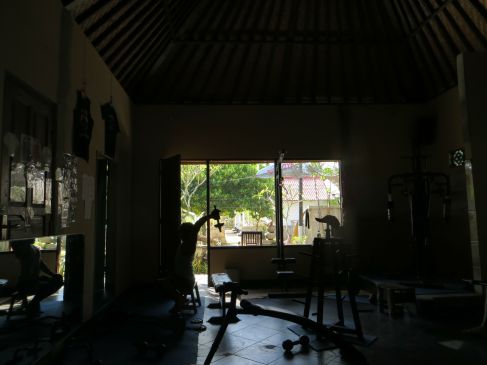 Lights are obviously a novelty. Inside there was one guy working out wearing a faded California Raisins tshirt and covered in tattoos. There was Balinese pop music blaring from an old stereo in the corner. I lifted up a barbell and the weights fell off one end as there was nothing to hold them on with. The guy laughed. I laughed. Then he went back to business. 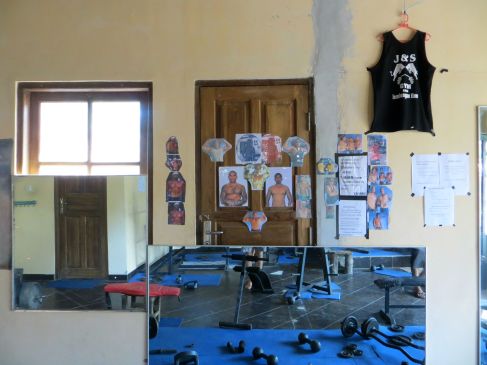 What I like better than all the pictures on the wall is the thought of the guy cutting them all out then putting blutac on each of them and sticking them to the wall. There was a sign saying that the toilet was broken but the guy in the California Raisins tshirt didn’t care. He used it a lot. 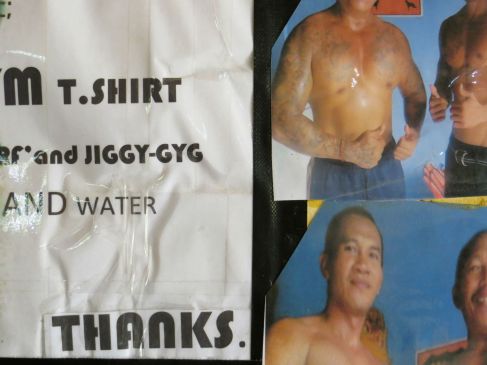 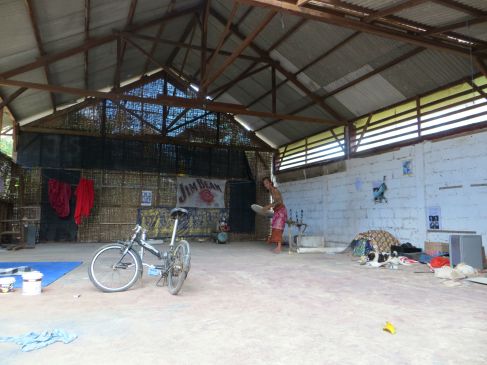 After I finished I asked the leathery Australian guy who I should give money to. He told me to go round the back and see if anyone was about. This is the owner sanding down a surfboard in his garage. He asked me for the equivalent of 50p. I LOVE SE ASIA.