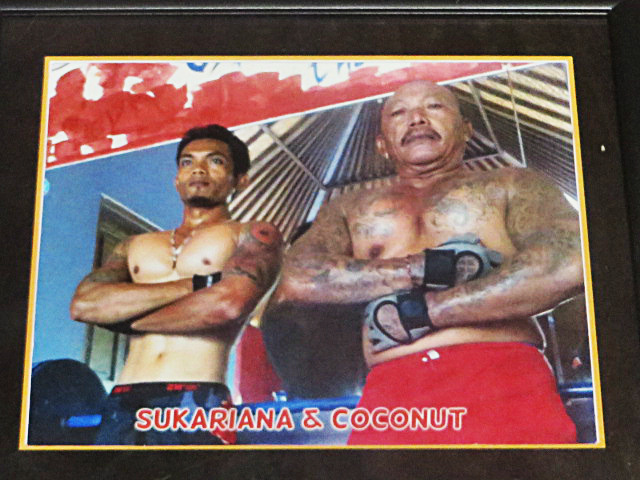 Followers of this blog will by now be well aware of my fondness for tracking down crappy local gyms in new countries I visit. It all started when I visited Nusa Lembongan in 2013 – an island off the coast of Bali. During my stint there I found a hilariously bad (yet amazing) gym which was basically just a wooden shack. Fast forward a few years and I was back on Lembongan last week, so of course I wanted to check out if this place was still there. It is! And it’s got even crappier! Exclamation marks all round!

You may remember first-time around there was a ridiculous cut-out of a bodybuilder blu-tacked to the wall. Well this guy now has a name: COCONUT. There are updated pics of him all round the place looking pissed off, covered in tattoos. (I can only imagine he’s called COCONUT ‘cos his head looks like a coconut.) There are also more cut-outs of people trying to look tough, as well as a broken mirror glued onto the wall. The room is about to collapse – it’s a complete wreck and the equipment is falling to bits. I lay down on one of the benches and a sharp bit of metal stabbed me in the ass. The guys inside weren’t too friendly either, probably trying to live out their tough-guy fantasies from the photos.

I went in at 7pm just as it was getting dark and they were playing the loudest trance music I have ever heard in a small space. I mean it was so loud you couldn’t have heard yourself scream. I took my headphones out and just put them back in my bag as there was no point even trying to cover up the noise. So I had the choice of leaving or suffering through. I stayed, for my sins. One of the Indonesian guys was doing hand movements to the trance tunes, and just when I was lifting a weight off the bar there was a power cut and the whole place went black and silent. I just stood there holding this weight in the dark for about a minute waiting (sweating) patiently for the lights to come on again.

The next morning while walking down the road to get some breakfast and I saw a big guy in the distance cycling along on a bike that was way too small for him. It was COCONUT! In the flesh! As he cycled past me I shouted “Coconut! Yeeow!” in a pure Northern Ireland accent and gave him the thumbs up. The look of complete bewilderment on his face is something I will never forget. 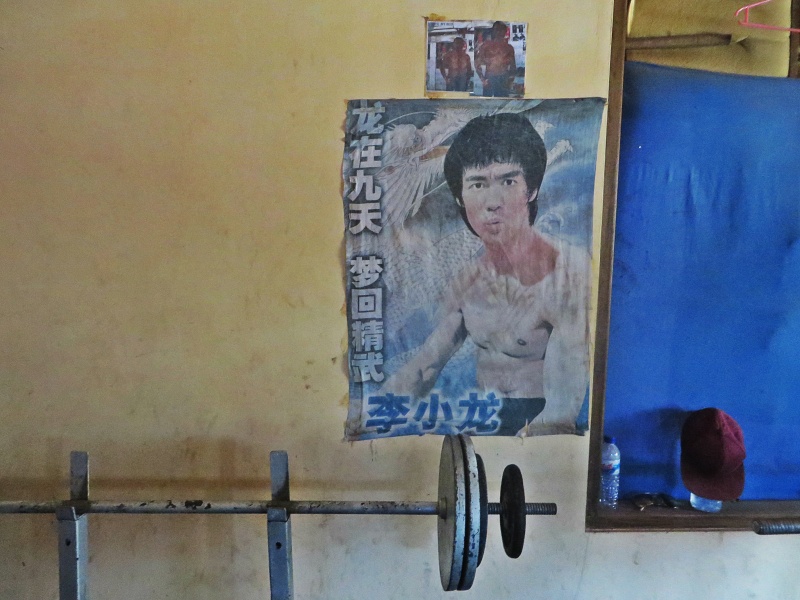