Serving up noodles and vegetables that almost look too good to eat.

OK, I’d been wanting to try this place for a while now mainly due to some pictures I’d seen of its signature vegetable tsukemen dish. (For those of you who don’t know, tsukemen is a Japanese noodle dish consisting of thicker style ramen which you dip in a separate bowl of soup.) I tend to go on tsukemen binges, eating a lot of it for a few months, then not again for a long time. Ramen and tsukemen are generally considered to be pretty unhealthy nutrition-wise, so while they are no problem in moderation, it’s definitely not the type of thing you want to eat every day.

CAMINO, however, has somehow managed to turn the unhealthy aspect of tsukemen on its head – providing you with a huge selection of organic vegetables to dip alongside your noodles.The standard portion of noodles here is 100g which is pretty small (the average is 200g) but on the particular day I went I wasn’t too hungry, and was more interested in the veggies anyway. Good quality vegetables are super expensive in Japan, so this was a bit of a treat. Some of the root vegetables were cooked in boiling water, alongside the noodles, to make them tender, while the leeks were gently fried.

The soup was piping hot which is a big, big plus for a tsukemen joint. Many tsukemen places make the annoying mistake of serving the soup luke warm – but because the noodles are served cold, you really do need a hot soup to bring it all to life. At CAMINO, the soup is a thick Gyokai Tonkotsu style base (a combination of gyokai and tonkotsu, ie. fish and pork bone.) I usually find Gyokai Tonkotsu to be too rich and overpowering, preferring thinner/clearer soups, but here it worked pretty well. The presentation (as you can see from above) was gorgeous and reminded me of a vegan falafel place in Shinsen called Kuumba du Falafel. So if you like healthy, good looking food, be sure to check that place out too.

CAMINO isn’t too far from my house. I walked down and it took about 30 minutes in the sun. The neighbourhood is full of cherry blossom trees and a little stream cuts through the whole area. People have planted lots of flowers along the route, and it’s a suburb I love. A few photos below. 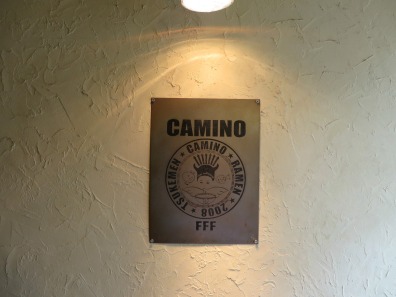 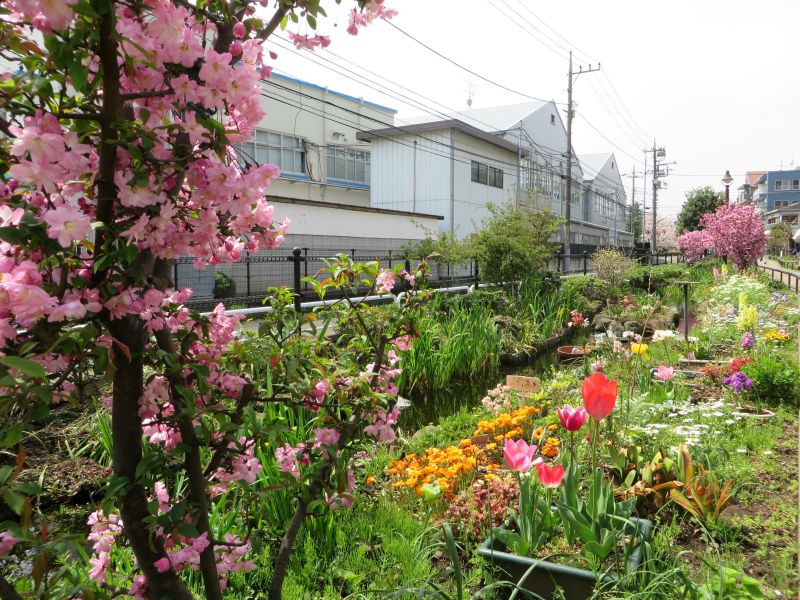