You might be surprised by just how much food you’ll eat when travelling that comes from a street vendor. Some of the best dishes you’ll come across are commonly consumed as street food – here are six countries where you should try it for yourself. 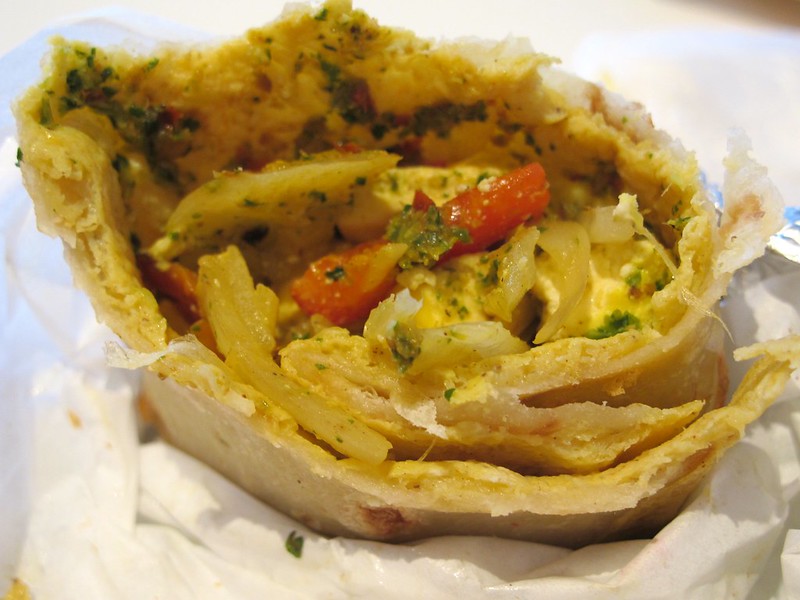 You’ll be hard done by trying to avoid the temptation of vendors in India that cook up the most pleasingly fragrant and rich dishes the country has to offer. Don’t hesitate to tuck into a fried samosa, filled to the brim with potatoes and vegetables and served with a tangy chutney.

Or take a bite out of a kati roll, the Indian kebab that is wrapped in the flatbread known as paratha. Be sure to also sample the famed paneer cheese, which is usually incorporated into loads of different street food dishes. 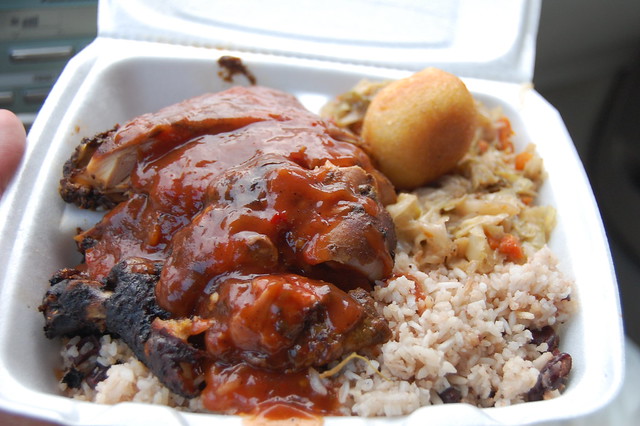 When travelling in the Caribbean, don’t miss out on Jamaica. The tropical haven is rife with culture and spectacle, including the street food that is usually hot and spicy – the jerk chicken isn’t to be missed. You may have tried jerk chicken all over the world, but nothing beats a piece from its hometown.

The recipe remains a closely guarded secret to this day, but you can expect the chicken pieces to be marinated in allspice, ginger and thyme with onion and scotch bonnets to boot. It’s fiery but tasty all the same. 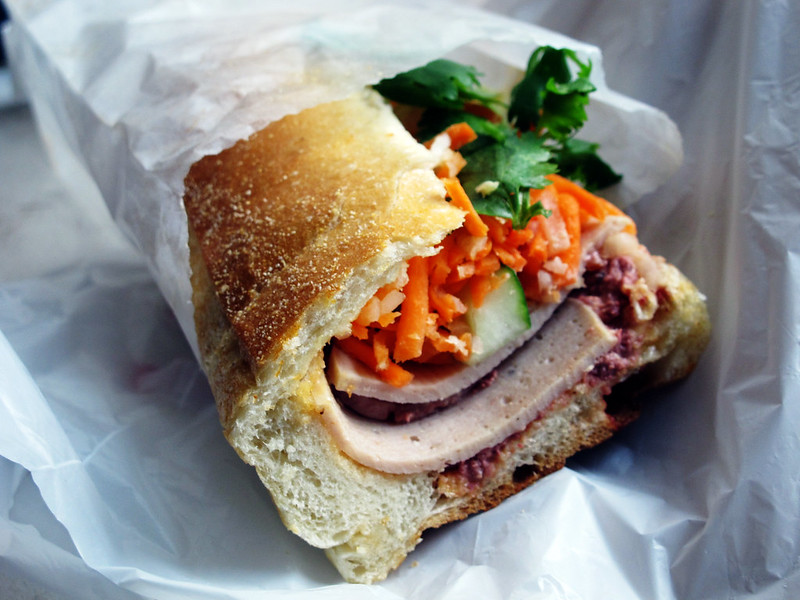 If you happen to pass through Hoi An when in Vietnam, make time to try banh mi. The baguette-like delicacy is widely sought after by travellers and locals alike in the country, with Hoi An being the birthplace – The Guardian even goes as far to say it’s the world’s best sandwich.

We’ll leave you to form your own opinion, but expect to bite into a soft roll filled with meat, crunchy vegetables and a range of herbs. The best thing about banh mi is there are no strict fillings to have, so you’ll be left to your own devices when picking and choosing what you want in your sandwich. Just know that whatever you choose, it’ll be tasty. 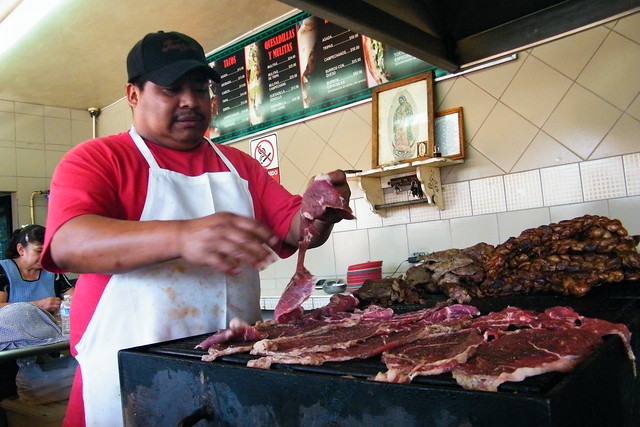 Although Mexican food has come to the forefront of cuisine in many countries worldwide recently, nothing beats traditional street food in the home country. What’s great about Mexico’s street food is that it’s so diverse – whether it be a hearty breakfast or a spicy snack you’re looking for, you’ll find it in abundance.

Consider trying traditional tacos – they’re not going to be the same as the ones you’re used to. The fillings are plentiful and range from seafood to meats that have been cooked in nearly every way possible. How about a taco de cabeza, with cow’s head as a filling? It may sound barbaric, but it’s one of the most popular choices. 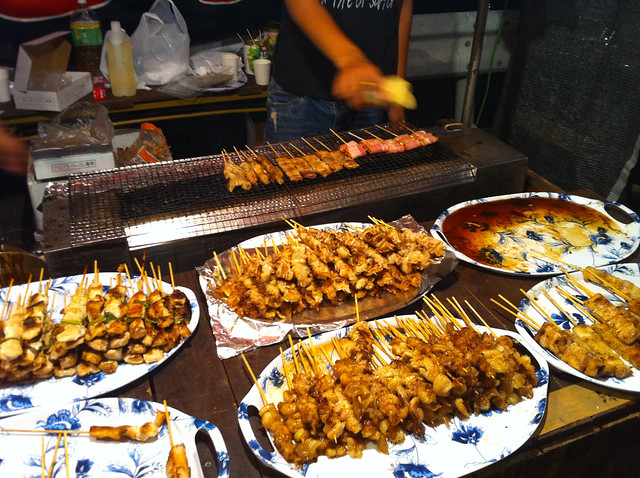 Be sure to tuck into yakitori when in Japan, the street food that is as popular with the locals as it is with tourists. According to Audley, yakitori is the closest Japan comes to a street food culture. You’ll find businessmen and commuters settling down with yakitori and a beer at the end of a long work day, and the skewered chicken is as popular on street stalls as it is in high-end restaurants.

One thing you’ll notice about yakitori is that not one part of the chicken is wasted in cooking – you could chow down on thigh, breast, wings, liver or even some crispy skin. It may sound unappealing, but it’s one of the most popular foods in the whole country. 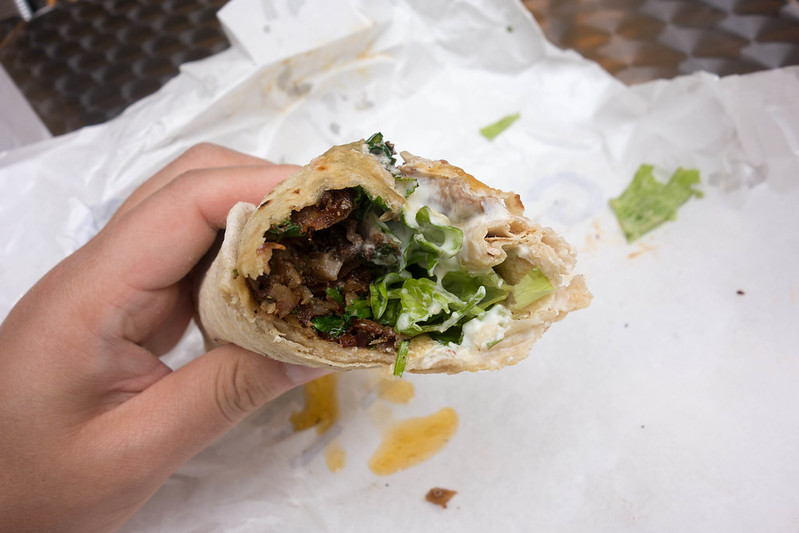 Believe it or not, the most romantic city in the world has some pretty incredible street food lurking in its arrondissements. There’s a huge range of dishes, too – from the crepes that you can have with a sweet or savoury filling to the sandwiches packed full with meat and cheese, you’ll be surprised at just how much of Paris’ best dishes are available from the stalls.

A kebab is considered a staple of Parisian street food – doner kebab in particular. Homemade bread is wrapped around a filling of lamb meat, tomatoes, onions and herbs, usually with a sauce to dip it into. It’s a perfect snack to devour as you stroll through the city, or as you stumble back from a night on the town.