30 pictures from the annual Chigosan Gyoretsu parade – divine children who play an important role at a temple on the outskirts of Tokyo.

For me, attending traditional – and often obscure – Japanese festivals (matsuris) is one of my most enjoyable pastimes. Quite often, the whole day ends up being a bit of an adventure – figuring out the travel route, exploring an unknown neighbourhood, seeing what food is on offer and then of course attending the festival itself. Over the years I have seen monks fire-walk in the mountains; watched naked men pour buckets of ice water over themselves in the depths of winter; heck, I’ve even run down the streets with a load of cross-dressing men in outer Tokyo. And while the number of new festivals for me to see declines every year (I’ve seen most of the big ones in Tokyo now) there are still a large number of local events that basically go unreported. (As if to exemplify this point, my favourite festival from last year I almost stumbled upon by chance.)

One such event I went to a month ago was at a temple in Takahatafudo, not too far from Hachioji in west Tokyo. Every year on 28 January thousands of people visit the area for the temple’s first big fair of the year. Many stalls are lined up selling snacks, as well as good luck daruma dolls. (Incidentally I attended another festival more specific to these dolls which I will post up soon.) As part of this particular festival there was a chigosan gyoretsu parade of children in fancy attire. (In Japanese, chigo/稚児 means ‘small child’ and gyoretsu/行列 means ‘procession’.) The girls wore crowns decorated with phoenix birds and bright metal pendants called tenkan/天冠. These divine children play a special role in temple ceremonies, and their outfits were some of the most colourful I have ever seen.

Snow was still piled up on the ground after a snowstorm which happened just the previous week. I took some pictures of the blizzard here. 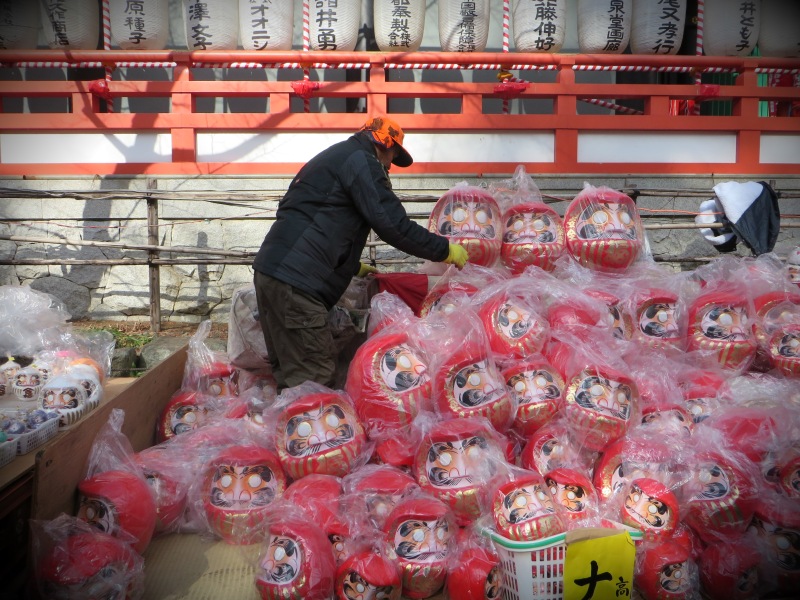 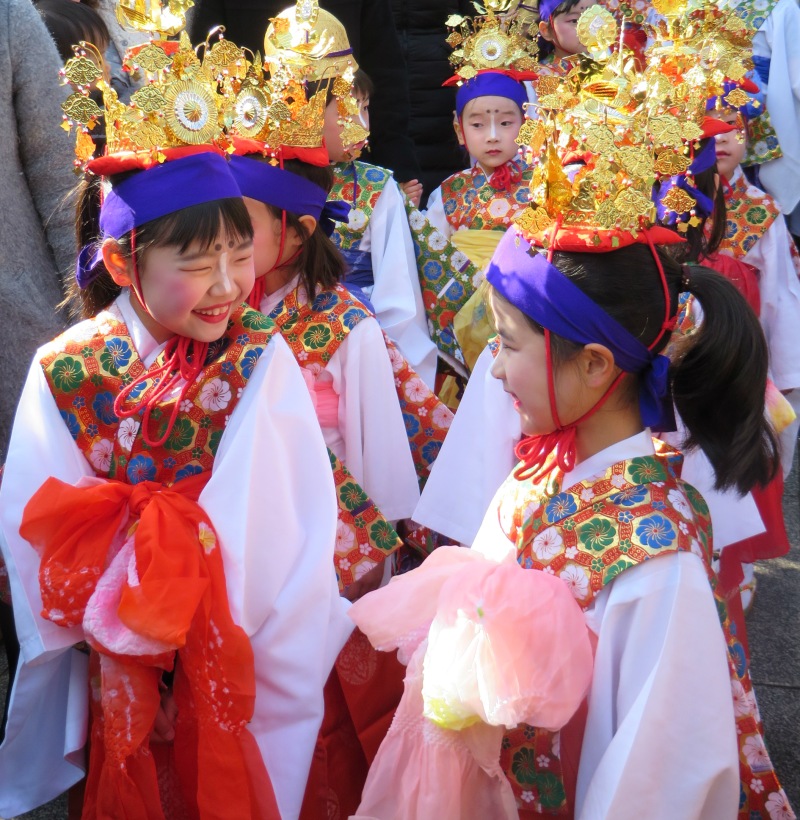 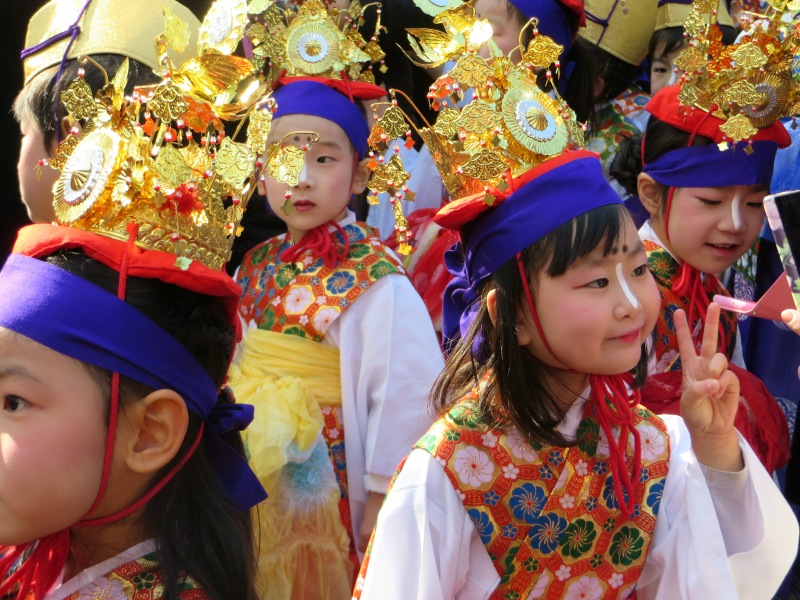 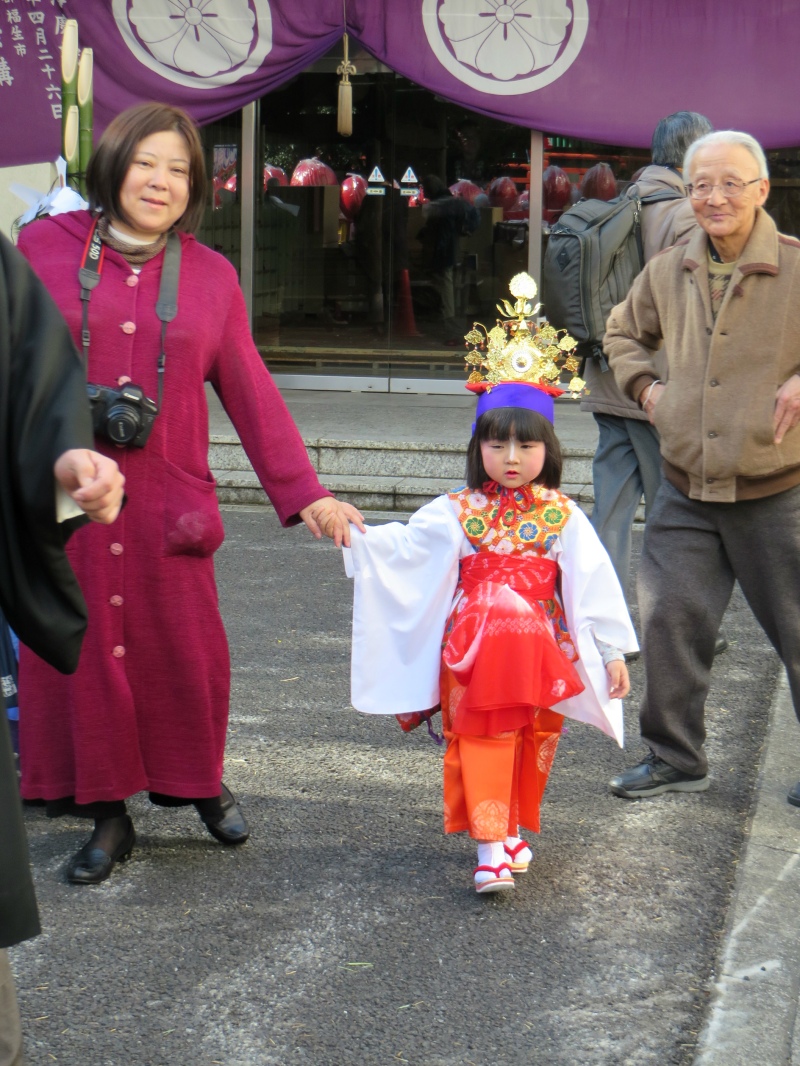 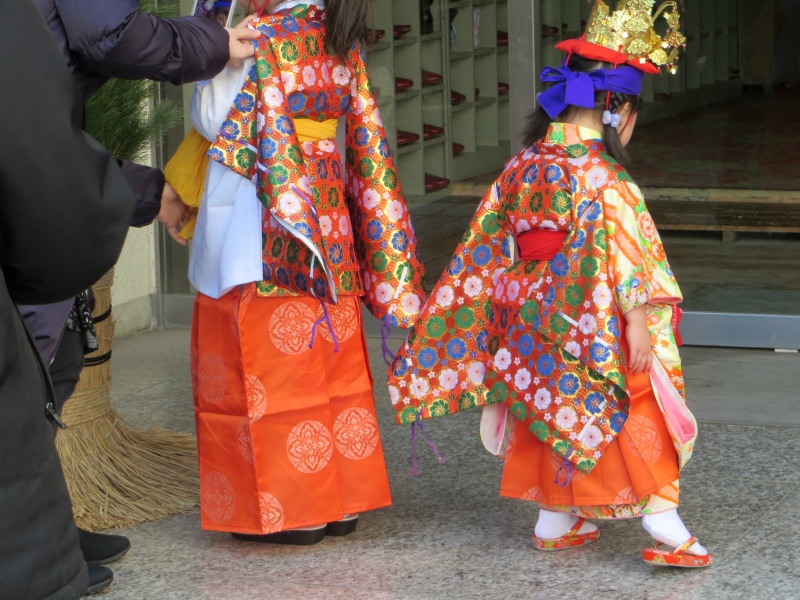 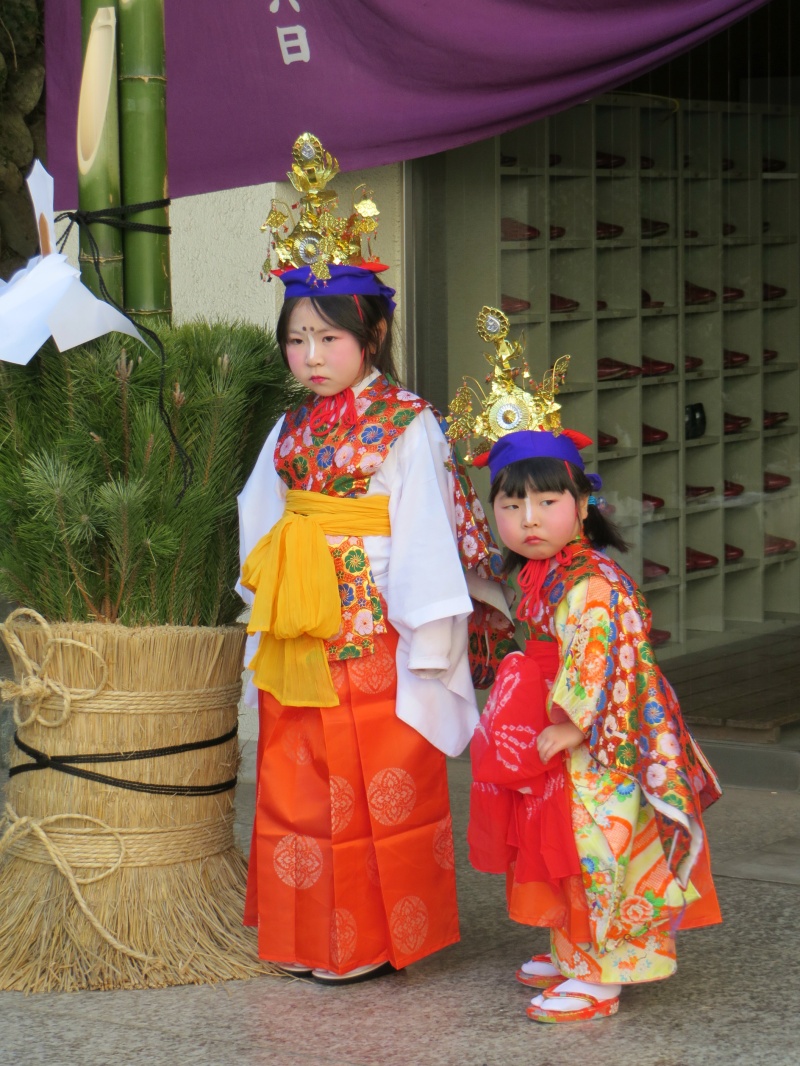 There was lots of food for sale – including large savory dumplings

This one had miso and eggplant in the inside 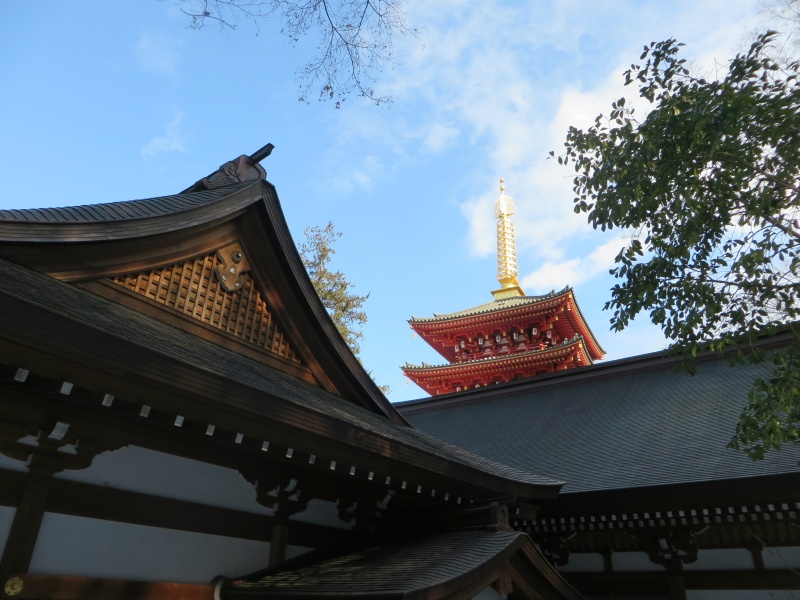 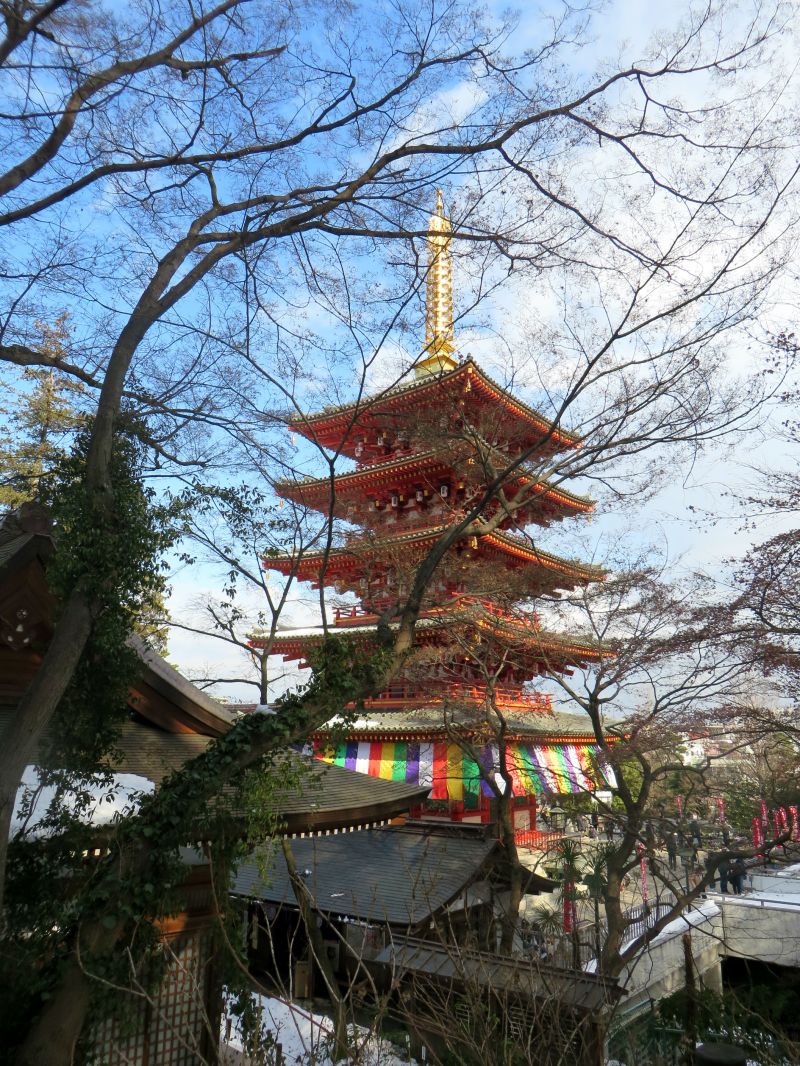 The start of the actual procession, with monks blowing a horagai/法螺貝 – a horn made from a large conch shell 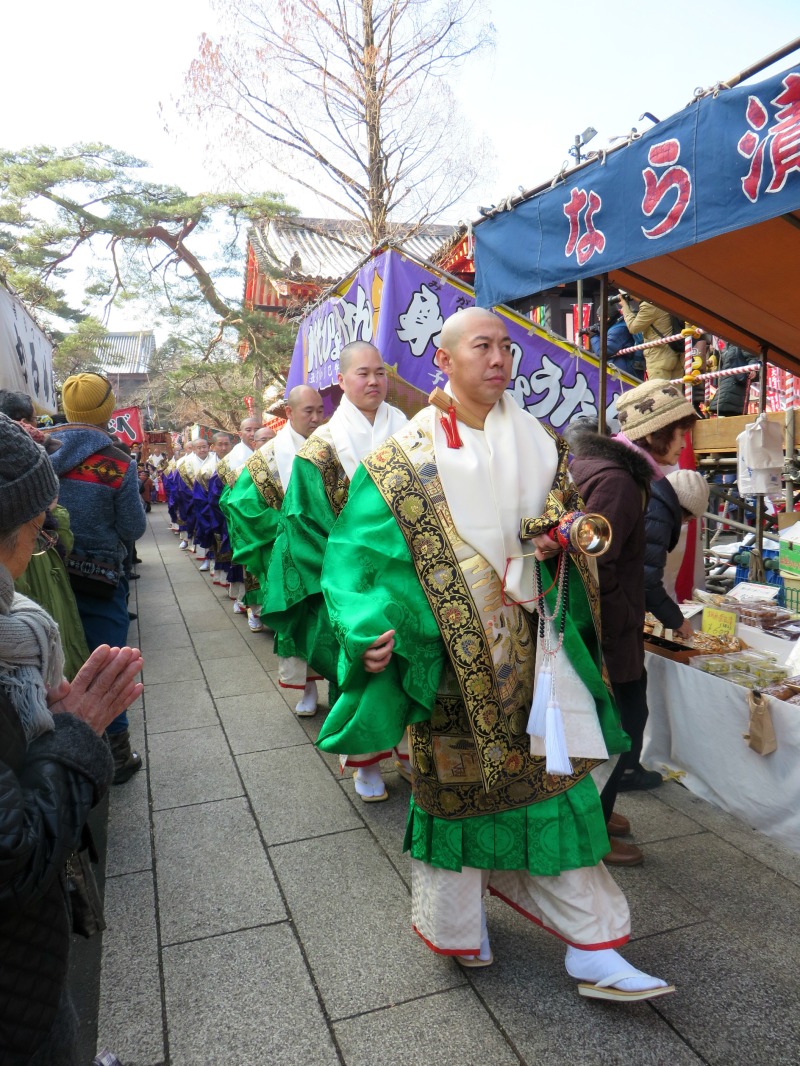 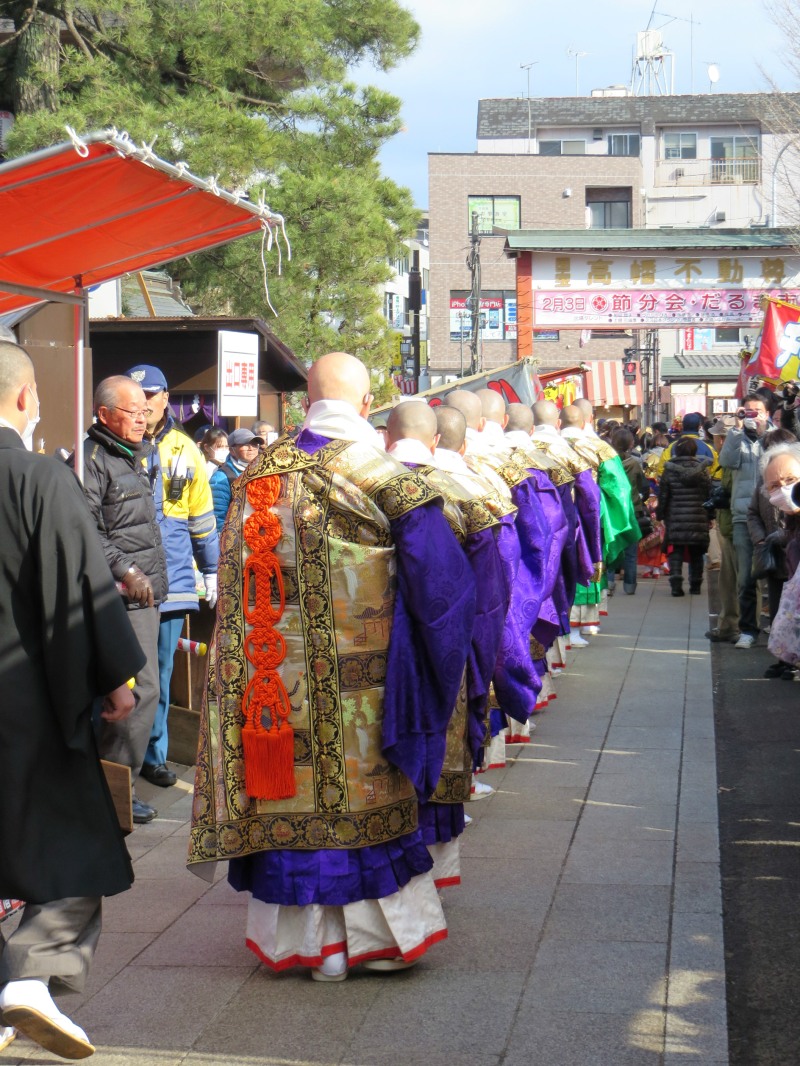 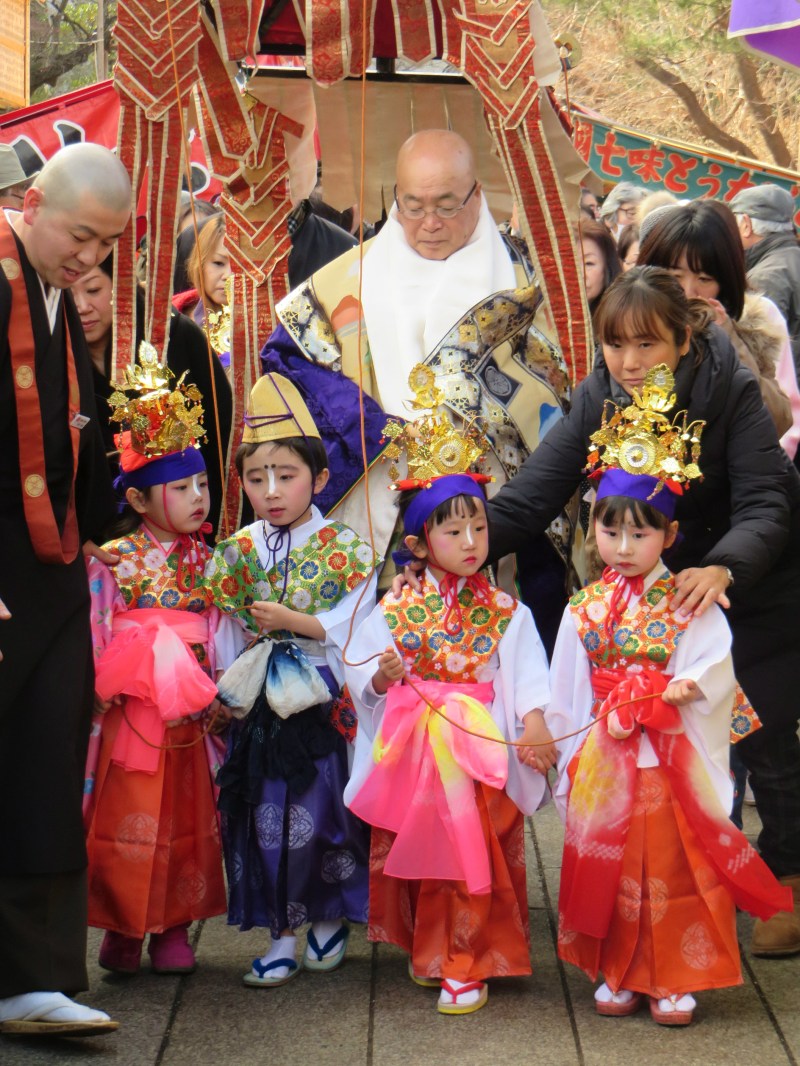