On my way to the Sanja Matsuri

Early Saturday morning, I grabbed a coffee and a couple of onigiris and headed off to east Tokyo to see the Sanja Matsuri. I’d been two or three times before, but it was 2016 since my last visit when I wrote about the Yakuza aspect of it for DAZED. Actually, this  was only the second time I’d seen the show of strength itself, so I was excited to be part of it again. This show of strength is not only symbolic in nature – it’s also literal. One hundred men join forces to lift a mikoshi (portable shrine) that weighs over one tonne and parade it through the streets.

I pretty much retraced my steps from the first time around to the intersection where Kokusai Dori crosses Kototoi Dori. Around the corner from the small koban (neighbourhood police station), members of the Takahashi-gumi yakuza group were hanging around chatting, drinking and getting ready for the event. By luck, they disrobed so that another member could take a group photo, and so I stepped up and asked to take one myself. “That’ll be 300yen” they joked, but they had no issue with it, and I actually recognised one of the guys who I had a beer with three years earlier. Once again, it was a super lively Sanja Matsuri and a great way to spend the day in Tokyo. 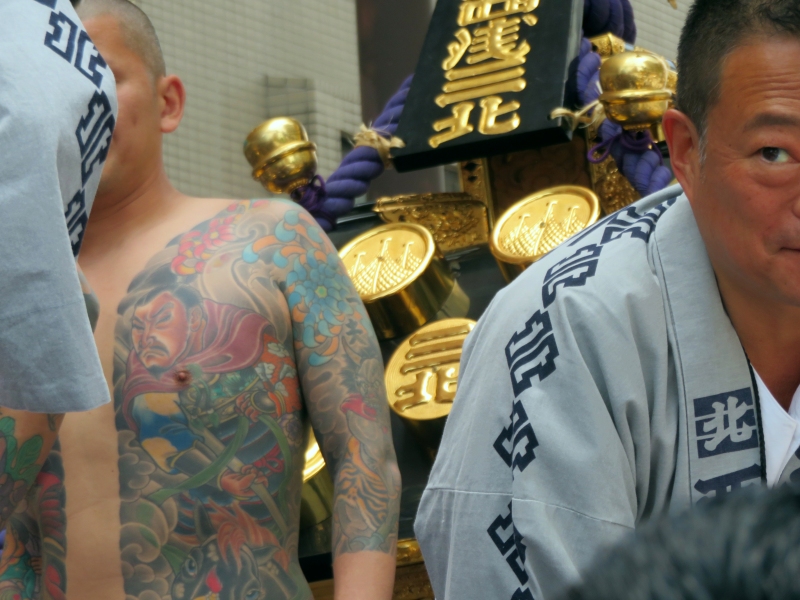 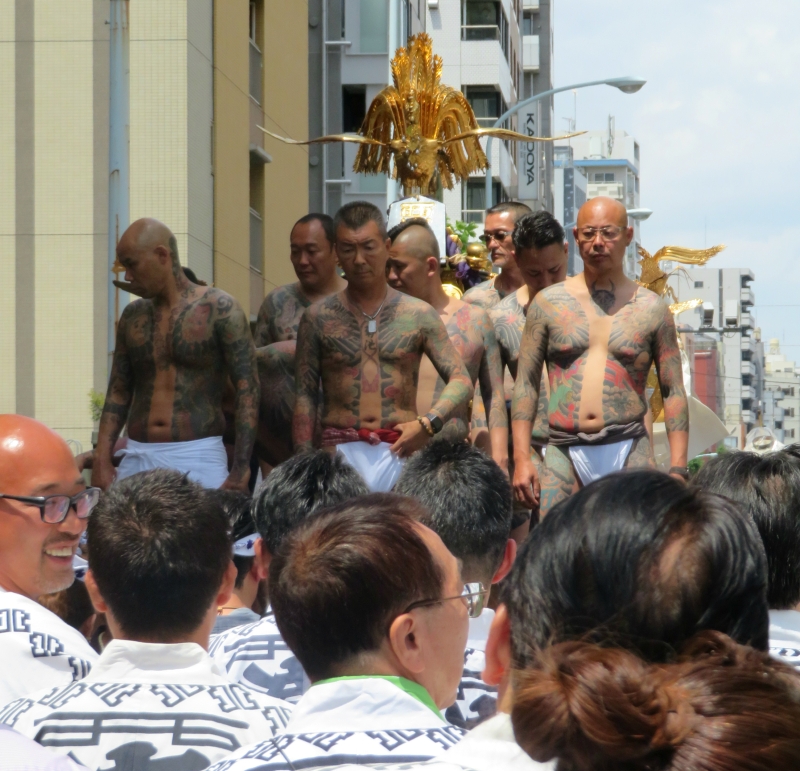 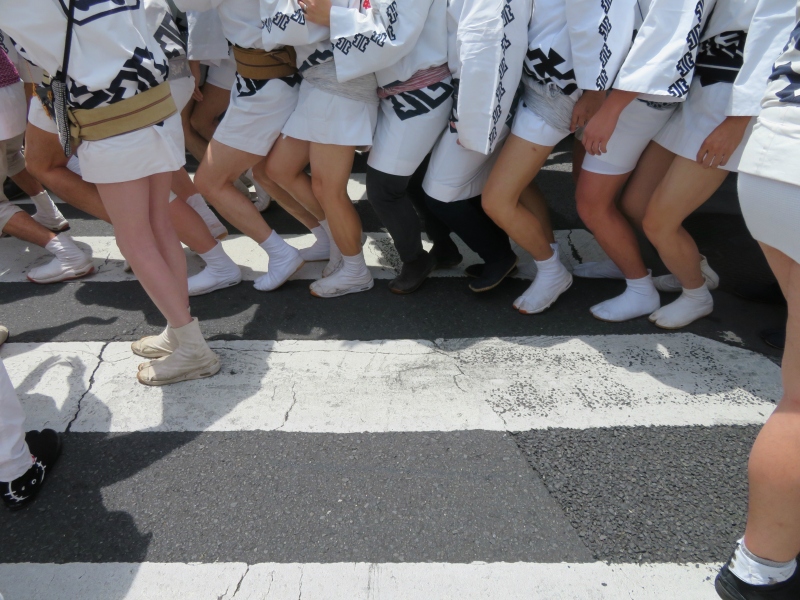 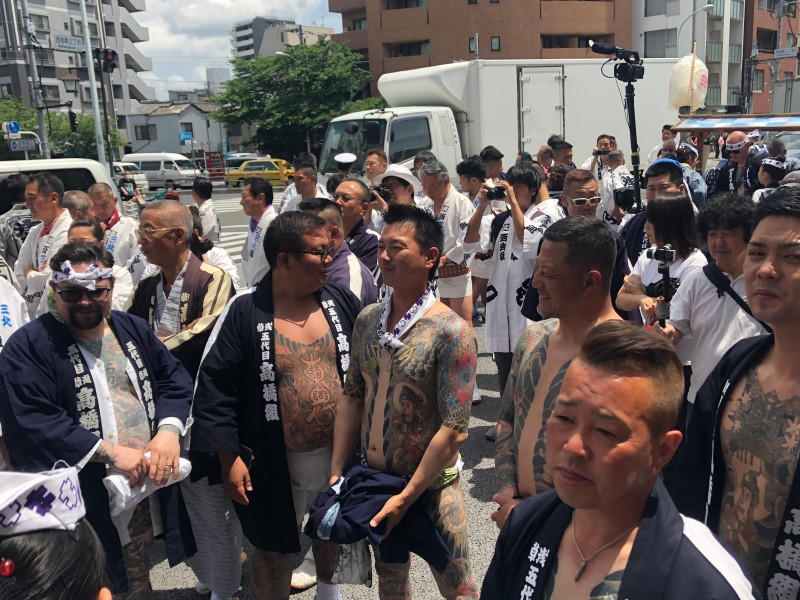 All images and text © IKIMASHO!