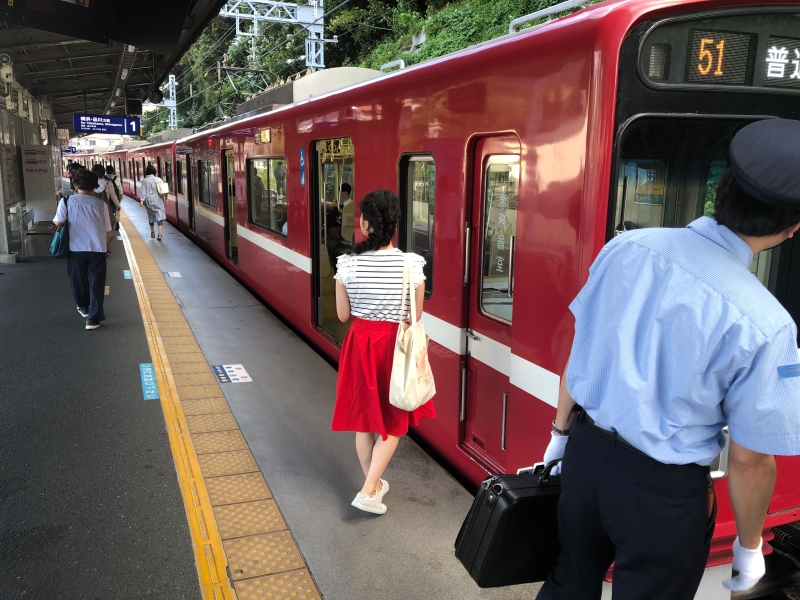 Last Monday was a National Holiday here in Tokyo and so we got up early, bought breakfast at the konbini, and caught a train heading south down towards Uraga in Kanagawa. By 9am we had arrived, the journey taking just over an hour, with the final stretch on a super cute red local train.

Uraga used to be a reasonably important little town, mainly due to its sheltered harbor and strategic location at the entrance of Edo Bay. These days, it primarily serves as a bedroom community for people commuting between Yokohama and Tokyo. Growing up near the sea, I often feel an urge to see the ocean, and so I am glad scenes like this can be found so close to central Tokyo.

This particular area was called Cape Canon and was a good spot to just walk about, climb on the rocks and breathe in the sea air.

Getting my ocean fix 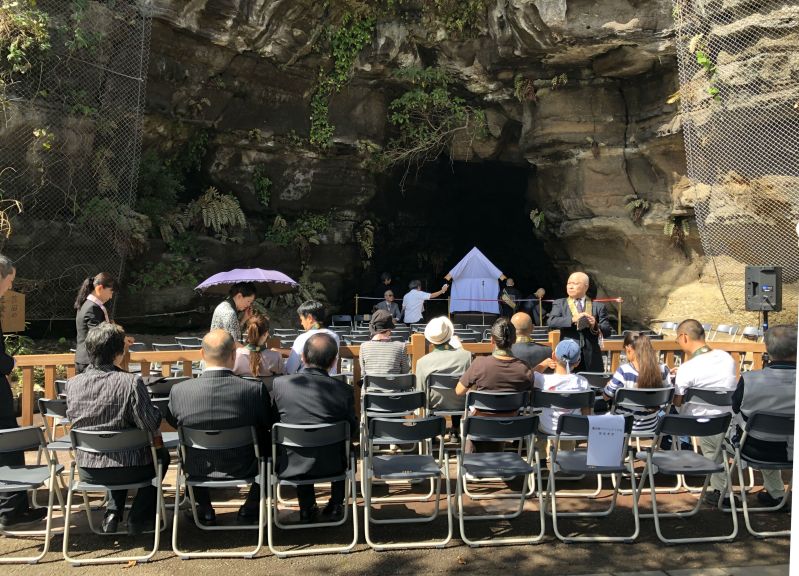 While walking around the coast we came across a number of chairs set up outside a cave. Upon first glance it looked like a funeral, but after asking someone we actually found out that it was a ceremony for the unveiling of a new shrine. Apparently a few years back this shrine go damaged in a storm and was moved, but that morning “the god of the sea was to be brought back to its rightful home.” You can see the shrine in the background, draped in white.

Our final stop on our walk was the Yokosuka Museum of Art which opened in 2007. Overlooking the sea, the glass structure allows for a huge amount of natural light to fill the space inside.

Sitting on top of a hill, the museum is built into it meaning you are technically underground but looking up at the sky. It was a nice end to a simple day trip that saw us back int Tokyo for 2pm and able to enjoy the rest of the day at home.