On our recent trip to the US during the summer we took the opportunity to fly from California to central Mexico for a few days, specifically Guanajuato – a city 2,000m above sea level known for its colourful, narrow streets and unmistakable local vibe. Indeed, anyone we told in America about our forthcoming trip simply replied: “Guanajuato? Really? Why are you going there?” The reason, truth be told, was that our dates were pretty much determined by our homeward flight to Tokyo and so we needed to find somewhere cheap(ish) that we could fly to from the Bay Area. A quick search later threw up flights from Oakland to Guanajuato, and so off we went.

Night flights for me are never fun. I don’t mind the actual flying itself, but I can never sleep, and so I arrived in Guanajuato a bit dazed and sleep-deprived. Looking out the plane window I realised that it was pissing down, and so once we went through border control (no questions asked, 100% easier than America) we scurried out into the rain to find a taxi. Outside the airport, a bunch of taxi drivers were standing about wearing big hats and smoking cigarillos. We showed them the address of our hotel, and of course none of them knew where it was. Three of them basically just pushed another driver towards us laughing, and so this poor guy was lumbered with us. 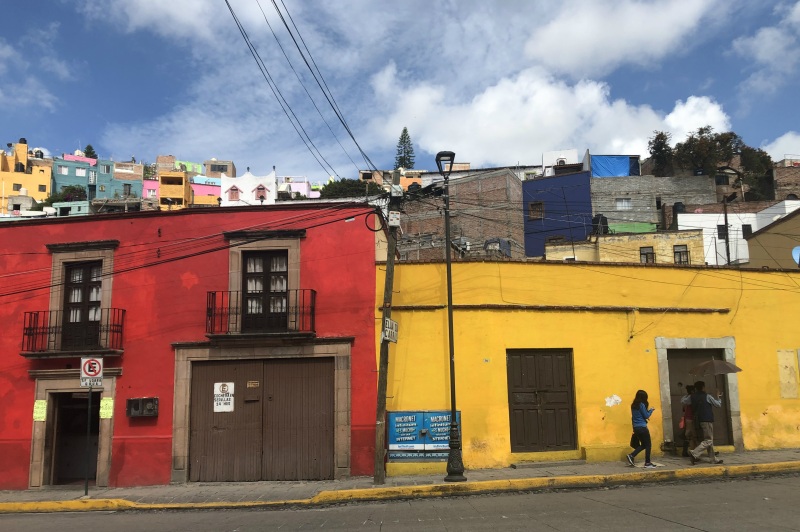 The colourful streets of Guanajuato

Mrs IKIMASHO’s parents joined us on this trip which was a stroke of luck for me. Both of them are fluent in Spanish, Mrs IKIMASHO’s mum having spent a good many years in Mexico as a kid. The logistics, therefore, I left to them – ordering food, sorting out travel and such. It was funny to see Mexican people doing a double-take every time this little Japanese lady opened her mouth and sounded like a Mexican. “How do you sound like us?” they would ask, over and over again.

By the end of our first taxi ride, Mrs IKIMASHO’s mum was in her element, laughing and joking with the guy in the front seat while I wondered if we would ever find our hotel. Eventually, though, we did! Set high up in the hills overlooking the city below, it was a bit of a walk to get into town – but the seclusion offered us some nice views. 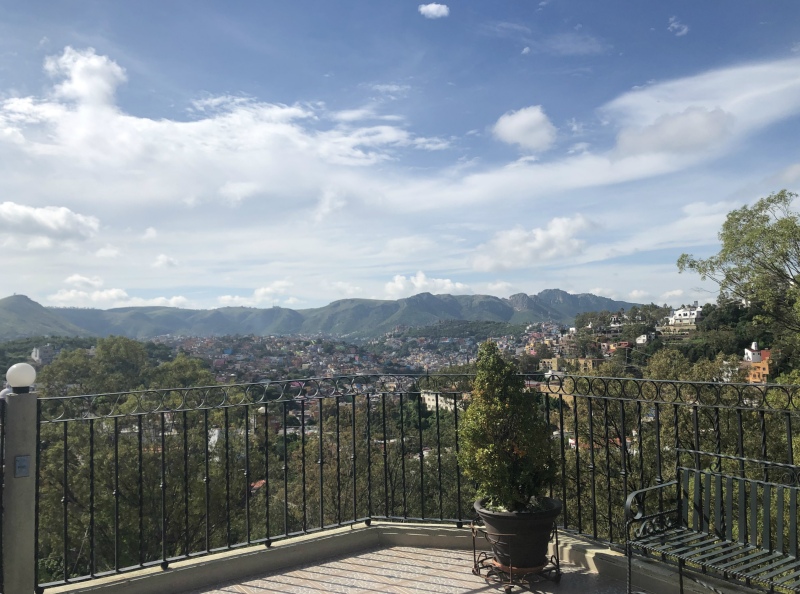 The view from the balcony of our hotel. The rain went away!

Breakfast with a view

Walking down into town each day

Even walking up, I couldn’t resist turning around now and again to enjoy the view.

Tourists seem to be in the minority in Guanajuato. The result is that it’s a city that thrives on its own without any real need for visitors. Restaurants, shops, churches and markets are all primarily for those who live there, and so it’s very easy to initiate yourself into the daily swing of things. We would spend our days simply walking about, getting lost among the narrow streets and people-watching. It felt safe, and there was never a time that we felt we shouldn’t be in a certain area. People were friendly, content in their own daily routines as we passed by. 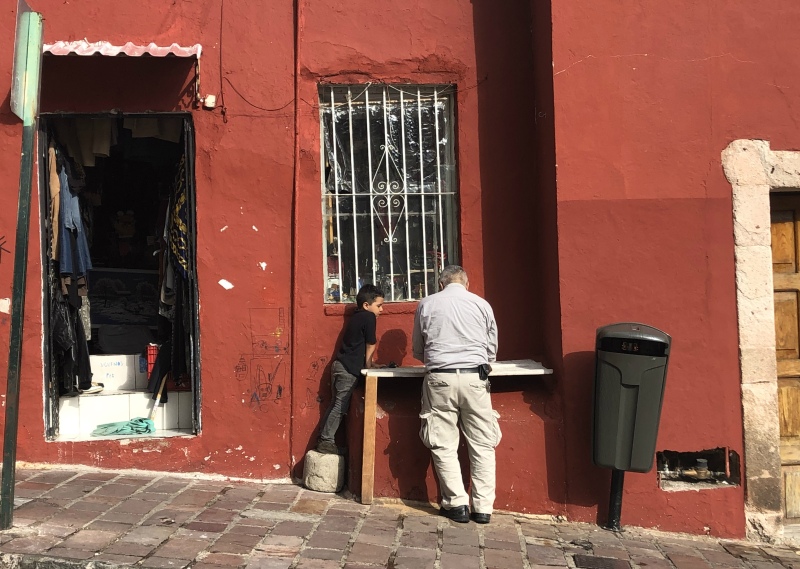 Guanajuato City itself sits in a narrow valley, which makes its streets tight and winding. In actual fact, most of these ‘streets’ are mere alleys that cars cannot pass through, and some are simply long sets of stairs up the mountainsides. Many of the city’s thoroughfares are partially or fully underground, with long tunnels that cut through the rock. The historic centre has numerous small plazas and colonial-era mansions, with colorful buildings rising up into the hillside.

From a geographical and architectural point of view, it’s a very interesting place and I kept thinking of the logistics of building such a city. I also pondered that during an earthquake surely the whole place would basically collapse inwards on itself, but was relieved to hear the region isn’t affected by them. Which is good thing for this higgledy-piggledy city, seemingly made out of Lego. 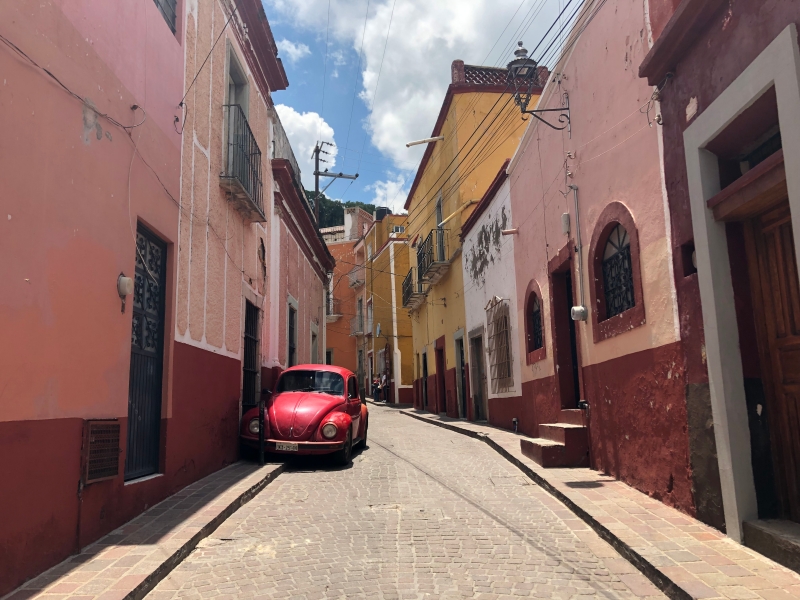 The one thing I had really been looking forward to in Mexico was the food – but unfortunately on this trip we kinda struck out, with us finding it hard to find places that really stood out. We only had 3-4 days, and so to really dig beneath the surface it would take longer than that. Saying that, Mrs IKIMASHO’s mum did comment that as a whole the food in the city didn’t seem as good as other places in Mexico, so I am not deterred in the slightest. I can’t wait to go back to this part of the world and eat my way round the small towns and villages. On this particular trip, standout dishes for me were chicken rice that we got at a small hole-in-the-wall place, and these amazing tacos I got on a day trip to San Miguel de Allende.

Two tacos of white fish in cilantro marinade, handmade tortillas and watermelon pico de gallo. Deary me, this was incredible.

For me, the best part of this trip was being able to spend time with my wife and her parents in a country that I had never been to before. Everything else was a bonus. It served as my first introduction to Latin America, and hopefully the first of some other trips that will include South America. There were laughs-a-plenty; bug bites; long walks; a trip to the doctor to treat an ingrown toenail; a hilarious hotel manager; glorious views. En route to San Miguel de Allende, we even had a pickup truck speed past us with two guys standing on the back wearing balaclavas and armed with machine guns, one of which was on a turret. Turns out these guys were part of specialist unit that patrol the mountain roads looking for drug lords. Never a dull moment! Until next time, Mexico 🇲🇽 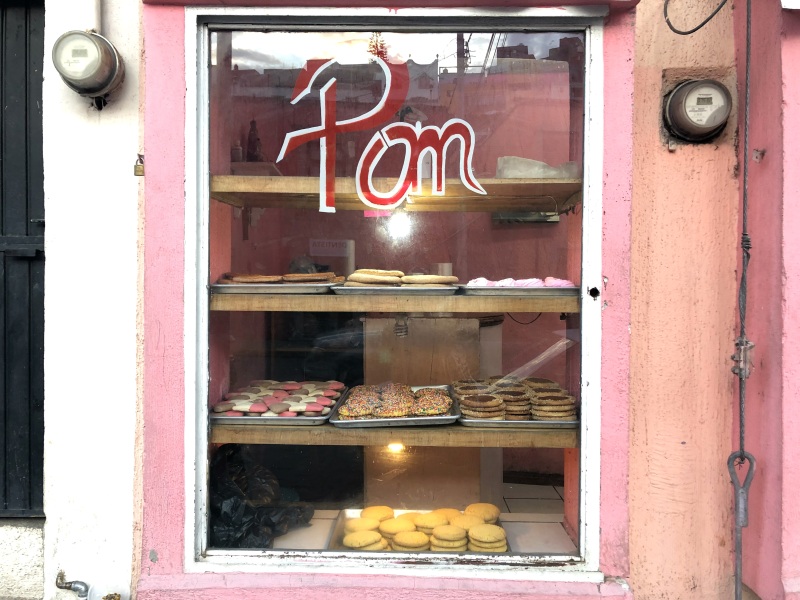 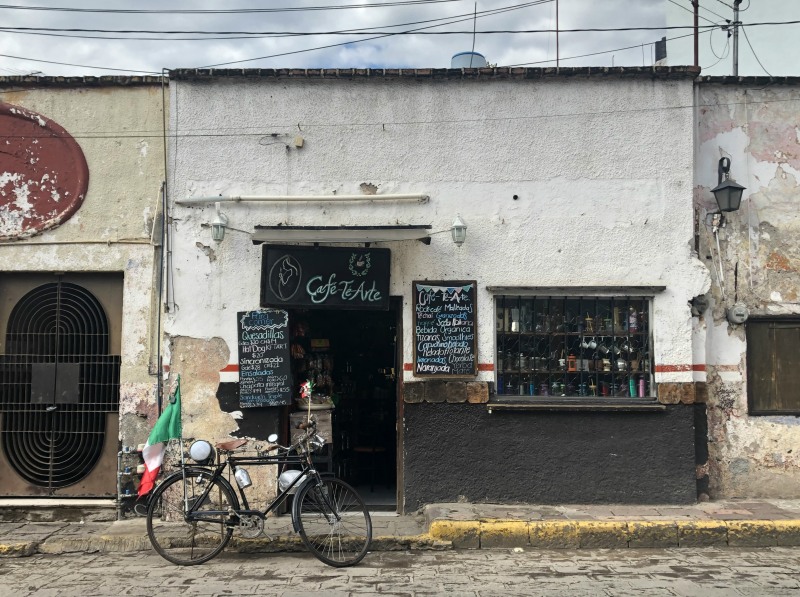 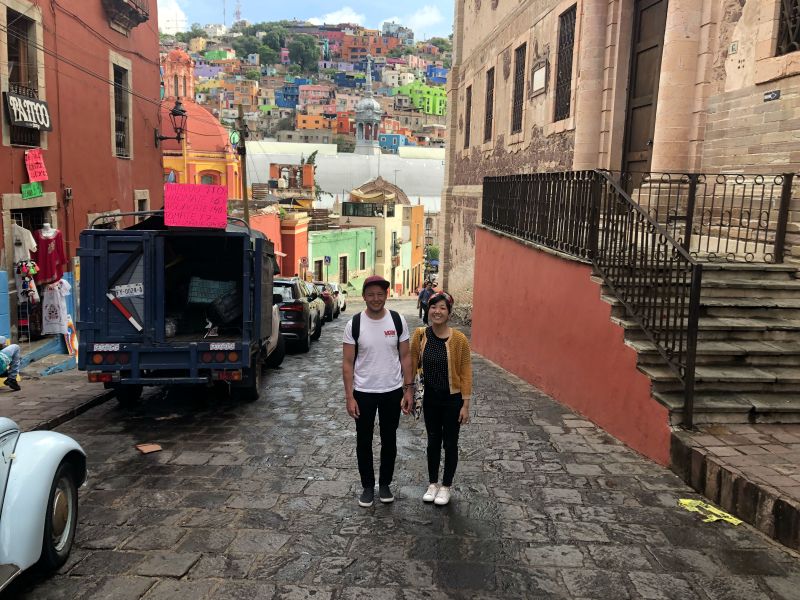 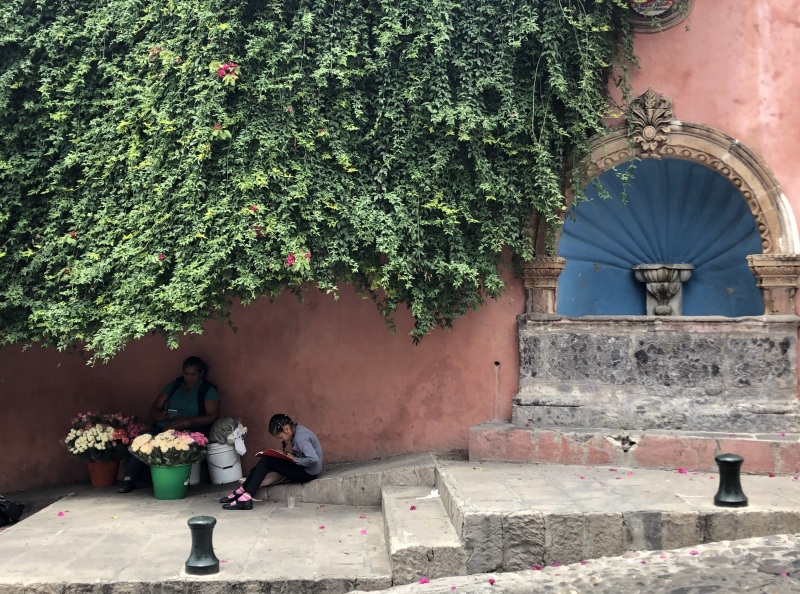