On a train again. Where to now? 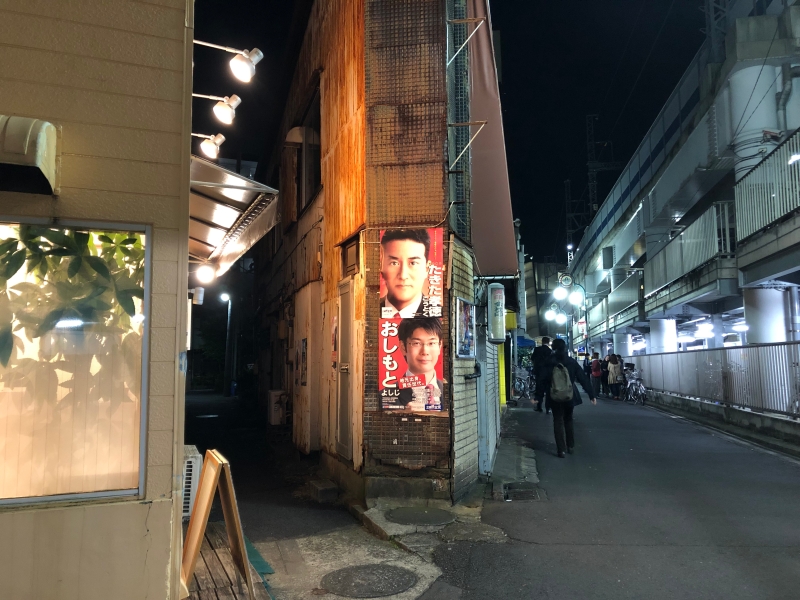 An atmospheric street scene along the tracks of Motosumiyoshi, a station on the outskirts of Kawasaki. I actually used to work at this station once a week a long time ago (seven years now, wow) but today we went there for a different reason… 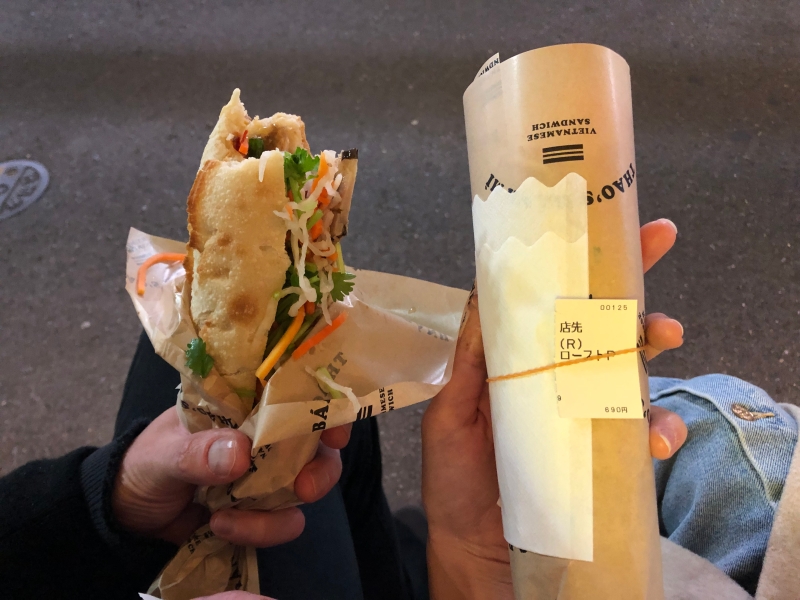 Banh mi! ❤ Vietnamese sandwiches are the best in the world, I just love them. There’s a decent place in Ebisu but this place (Thao’s Banh Mi) in Motosumiyoshi is worth checking out.

Motosumiyoshi is pretty grungy, in a good way. It’s quite built up, with a huge shopping street stretching away over a kilometer from the station. I like that a lot of the stores are obviously independent, with decor dating back to the 1970s and 80s.

A Taiwanaese restaurant lit up at night

A few weeks back we headed to the MOT: Museum of Contemporary Art Tokyo. There was an interesting exhibition of Japanese media artist collective Dumb Type.

A sculpture at the entrance of the MOT collection. 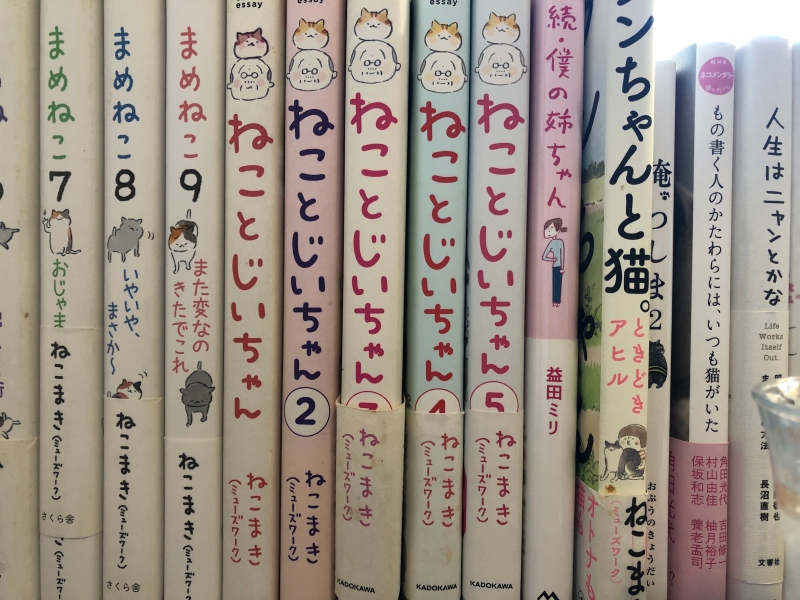 We stopped for a coffee at a random cafe. They had a lot of manga to read and would even let you borrow them if you wanted.

I loved the simple style of this one – they captured the look of Japanese elderly people so well. They seriously look like this, unmistakable.

It was nice to walk around Kiyosumi Shirakawa, the area where the museum is situated. We saw shopfronts like this. 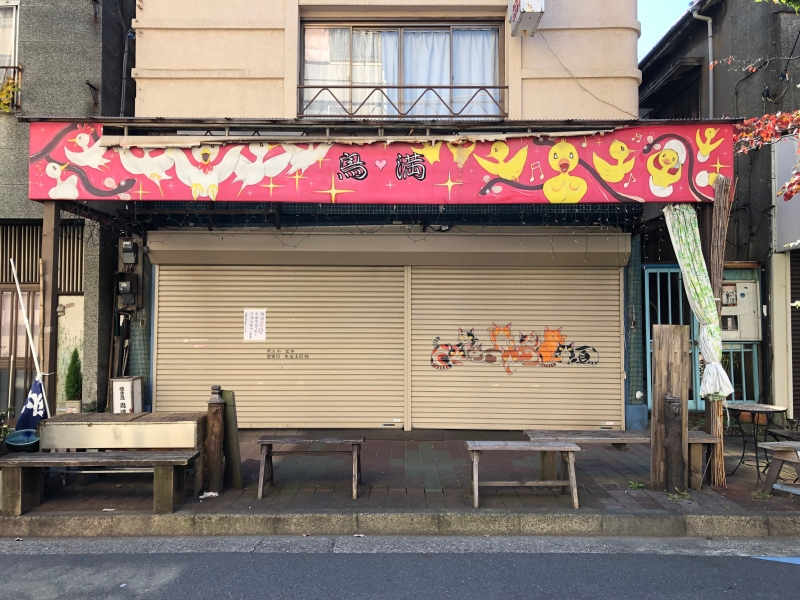 I find it interesting how in Japan sometimes buildings are just left to disintegrate over the course of not just years, but possibly decades. This building’s owner evidently just decided to leave it like this, but without approval I guess the government or authorities can’t do anything about it. This vending machine must be owned by the building owner too. It’s so old – you can’t get drinks for 80yen anywhere anymore. 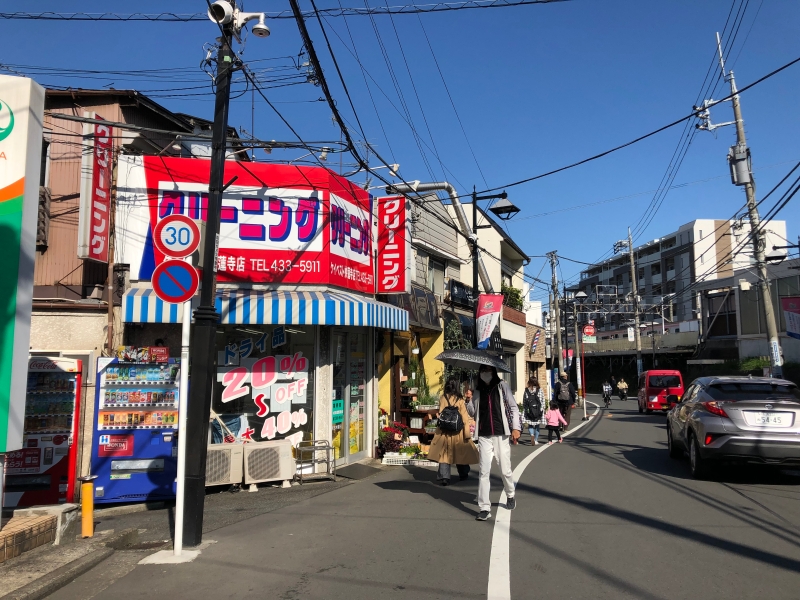 This was Myorenji, an random station on the Toyoko line. I found it quaint how low the buildings were.

The temple just outside Myorenji station. There was a funeral happening but we were able to walk around the quiet grounds, the only sound the pebbles underneath our feet.

Speaking of feet, here are ours – autumn leaves included. 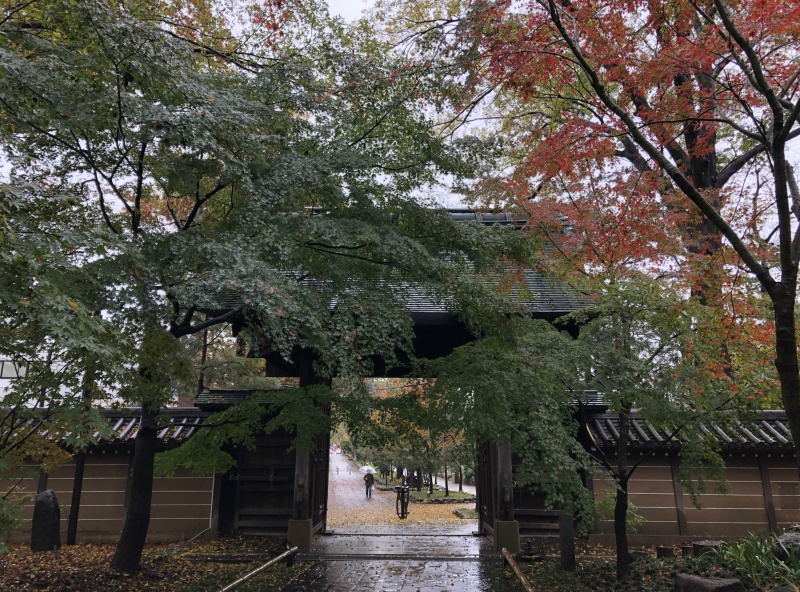 The entrance to a favourite temple. 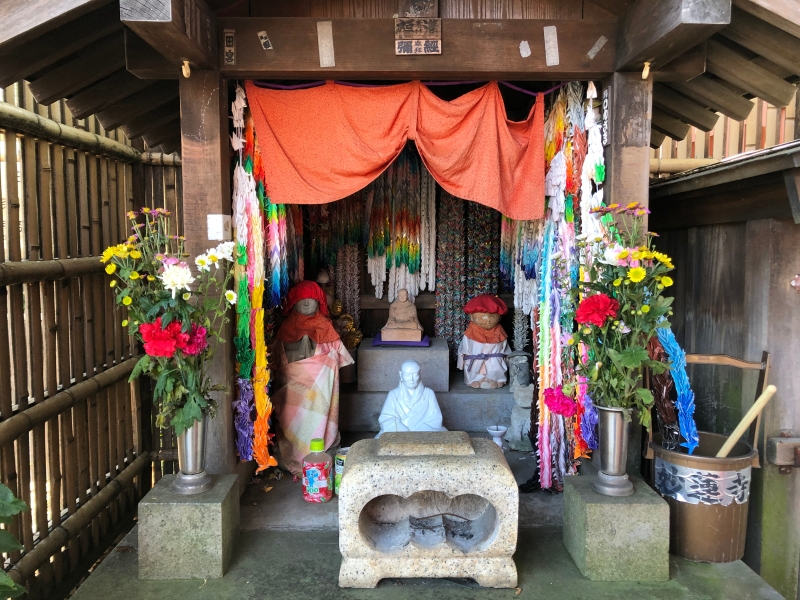 And red hats. If you’ve ever visited a temple in Tokyo you’ll most likely have seen statues wearing little red hats and bibs. These statues are said to keep watch over children, particularly those children who have died before their parents. It’s said the tradition of putting bibs on the statues started when grieving parents put the bib of their deceased child on the statue, hoping that the deity would look after them in the next life.

Silence and solitude. We hope to have one more weekend to enjoy the autumn leaves before winter says hello.