A millennium-old Japanese dance on the grounds of Tokyo’s oldest Buddhist temple.

Culture Day is a National Holiday held annually in Japan for the purpose of promoting culture and the arts. It also happens to be one of only two times during the year when you can witness the beautiful Shirasagi-no Mai – White Heron Dance – performed in the compound of Senso-ji, Tokyo’s oldest Buddhist temple.

Clear skies. Spectators wait patiently for the procession to begin at Senso-ji temple.

In Japan, the white heron is a symbol of good luck, celebrated for its ability to move between three elements: air, earth, and water. And so the White Heron Dance was originally started to ward off bad luck and beckon bountiful harvests.

I actually saw the White Heron Dance for the first time on a gloomy overcast day about four years ago. But last Thursday, with the sun casting shadows upon the dancers’ costumes, it was an entirely different experience. The six dancers in the procession were breathtaking, with their faces caked in white makeup to blend in with the tall heron headpieces. Their eyes and lips were painted bright red.

The longer you live in Japan, the less you get those ‘moments’ that you first felt when you stepped off the plane. But they still happen, and this is an amazing country to live in. Photos and video below.

One of the dancers of the Shirasagi-no Mai 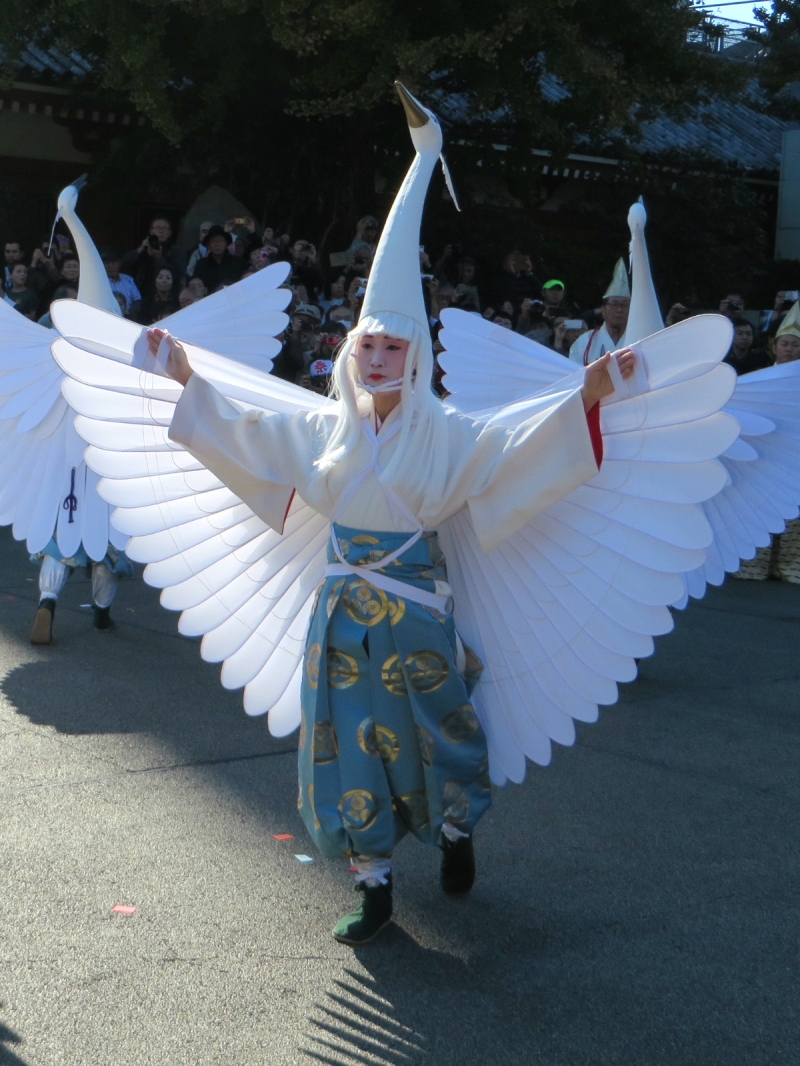 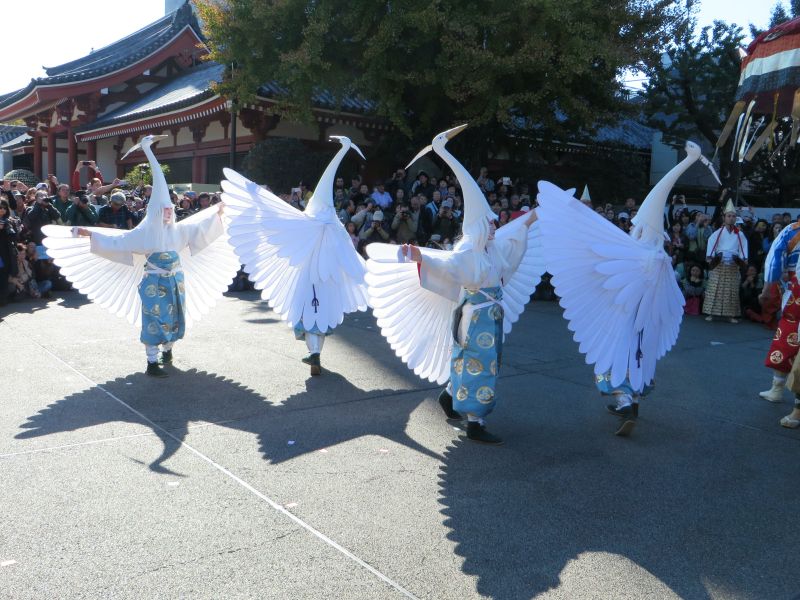 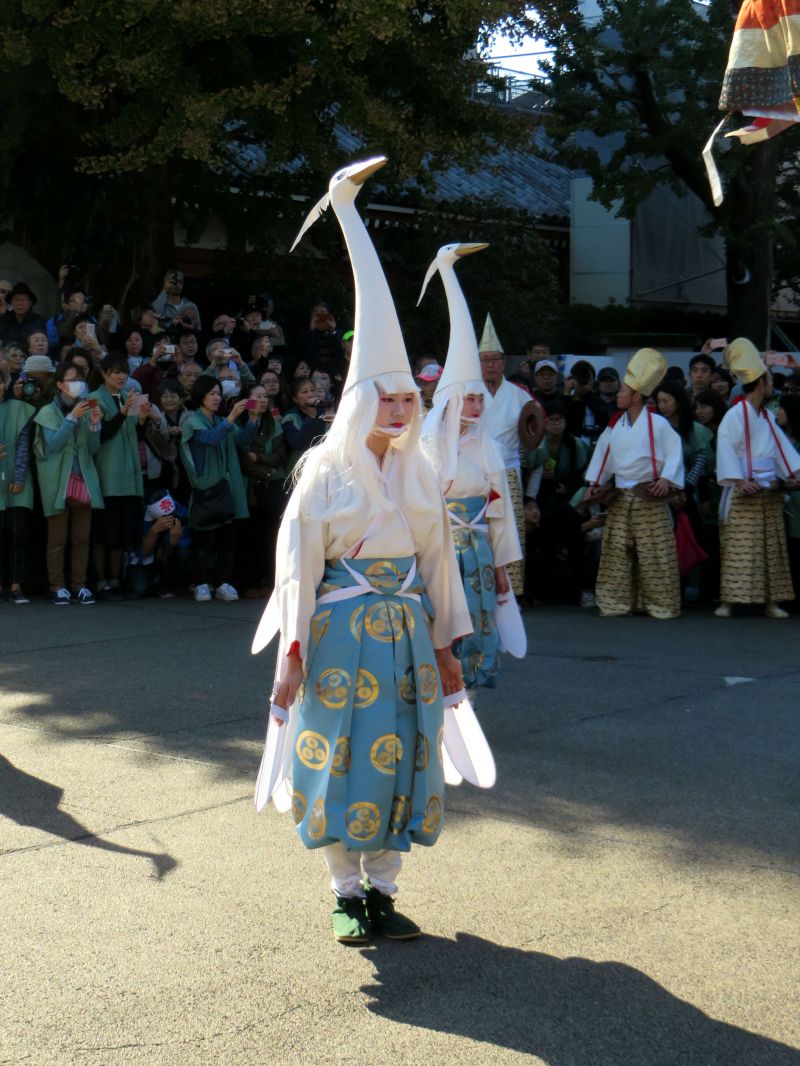 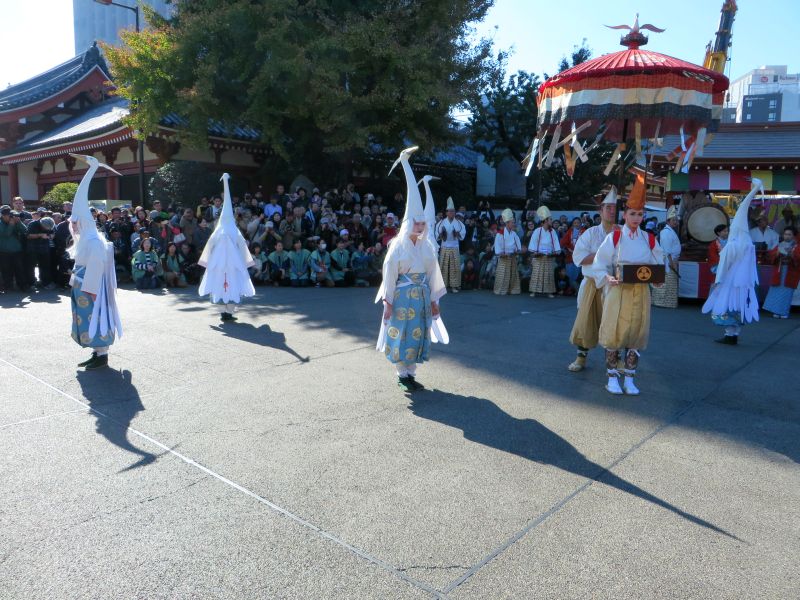 Tōrō Nagashi: Lanterns for the Dead

The White Heron procession was watched by local kindergarten students dressed in traditional attire from the Heian period (794-1185 A.D.)