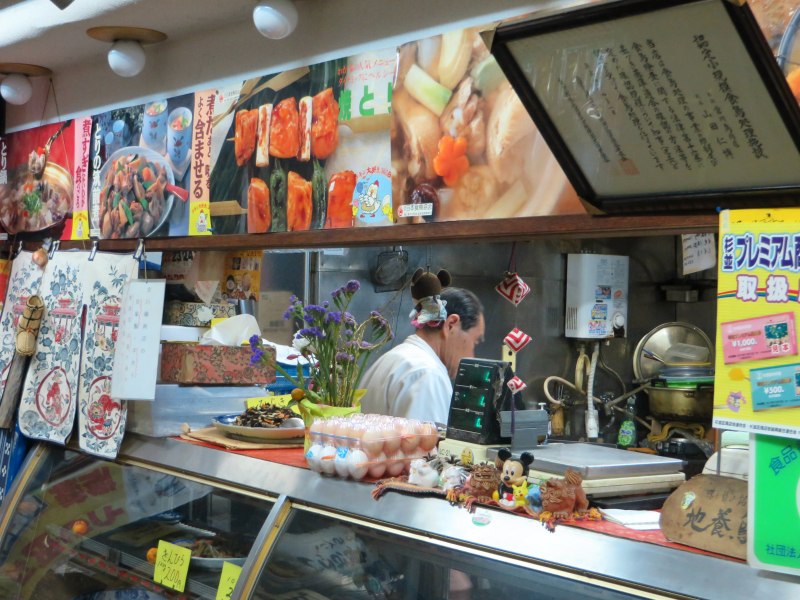 Stumbling across a cute Okinawan Town in Central Tokyo

Did you know there’s a small Okinawan Town in Tokyo? Well, I say town, but it’s more like a collection of cute shops and alleyways in a residential neighbourhood. I found it by accident the other day while wandering aimlessly around Daitabashi, a station just a fifteen-minute walk from my house in Shimokitazawa. Despite living so close, I hadn’t been to Daitabashi in a long time so I decided to walk up there and get some gyoza from the dumpling shop. After I had finished, I took a walk down to the expressway to take some photographs and spotted a street across the road with an ornate-looking sign. This was the entrance to the area, and before I knew it I was exploring narrow alleyways that I didn’t know even existed. Definitely check it out if you are ever in the neighbourhood – and check out the video below to get a feel for the place. 🙂 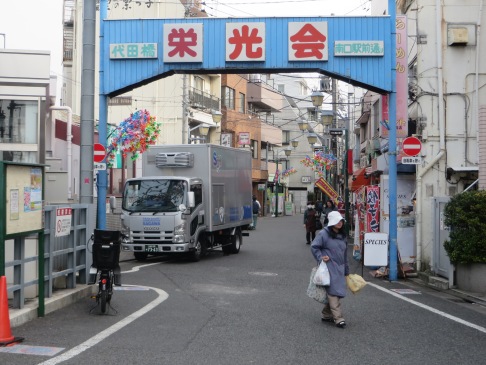 So this is little Daitabashi on the Keio Line in Setagaya-Ku. Like most stations of this size it’s a quaint collection of mom-and-pop restaurants, with the odd pachinko parlour and ramen shop. Old people outnumber the young ones for sure. 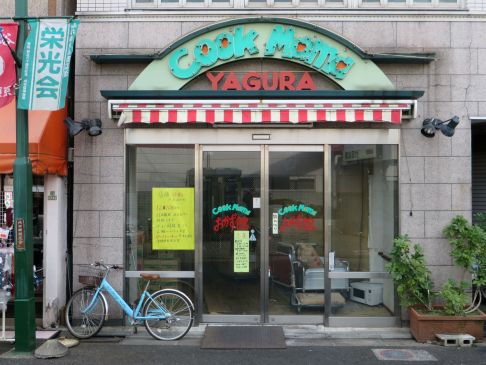 I always like these areas because each shop has its own independent facade – one that was no doubt cool in its day but has now become retro over time. 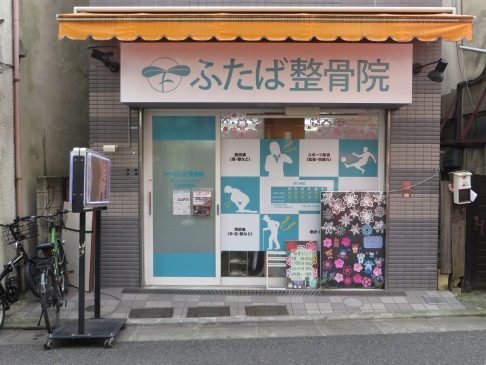 The front of a chiropractor… 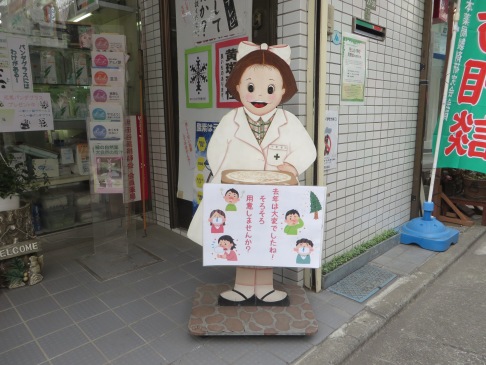 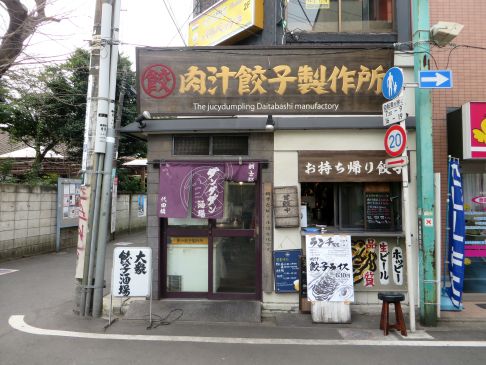 I came to Daitabashi because I wanted to eat gyoza from this place. I like its name. 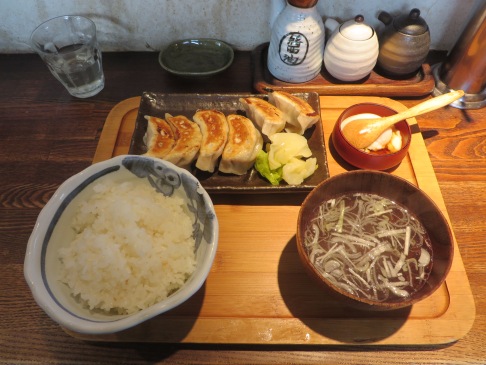 Lunch set of gyoza, soup, rice and pickles. There was also a semi-cooked cold egg (top right) which you were supposed to eat with a spoon. I didn’t go near it. This was 680yen (£4). 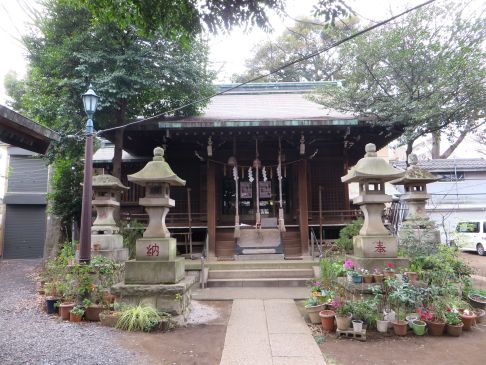 There’s a little temple beside the dumpling shop… 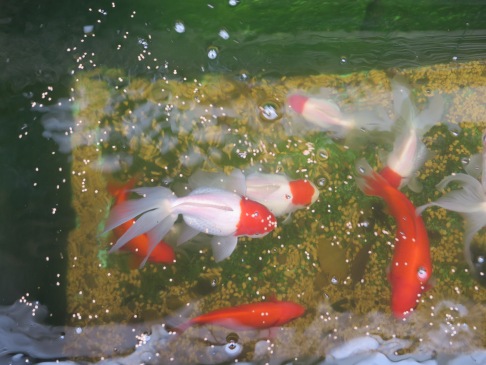 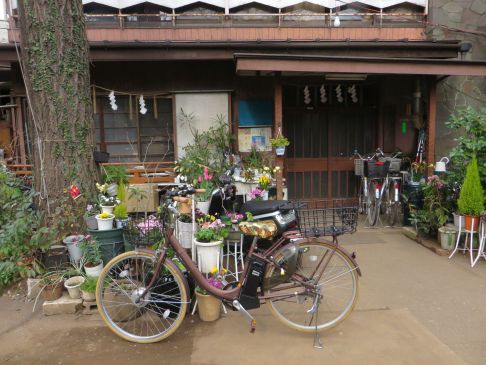 And this cool little house. 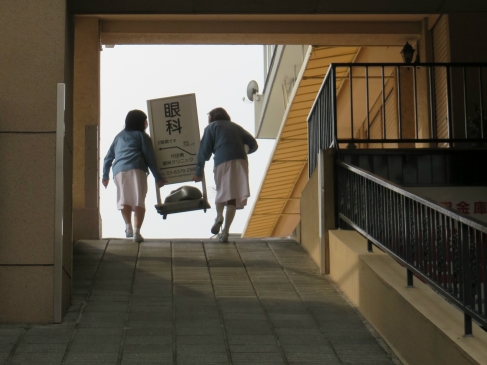 After lunch, and walking down towards the freeway, I spotted these two lugging a sign up a hill. They worked in a doctor’s surgery or something and were closing up shop for the day. 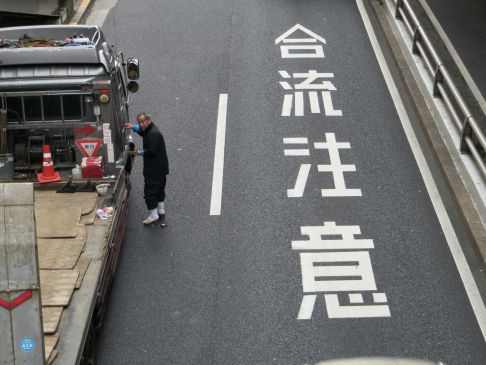 This guy was having a smoke in the middle of the road. It doesn’t look busy… 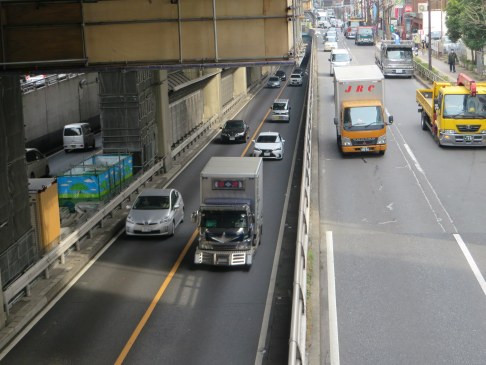 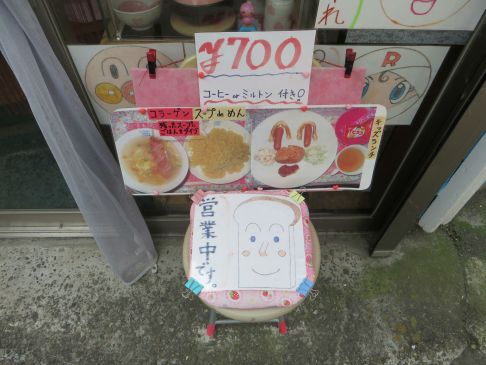 On the other side of the expressway I made my way into the Okinawan area. I found this rather terrifying restaurant which was selling meals in the shape of the face of Anpanman, a famous children’s character. 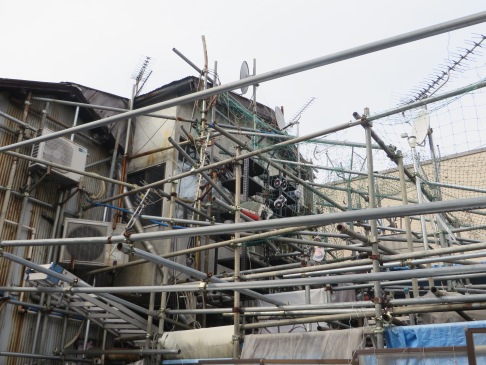 There was also this totally bizarre house which had hundreds of bars of scaffolding all around it like a fort. There were CDs hanging from string and I could see big jars of stuff growing in yellow water. I don’t want to meet the person who lives here.

That’s when I walked past the entrance to a small arcade. Inside, you could hear the soft sound of traditional Japanese music. Such a cool little space to walk about. Can’t believe I have lived in this area for over three years and yet I am still discovering places like this just a stone’s throw from where I live. Check out this short video.

The street I live in in Tokyo